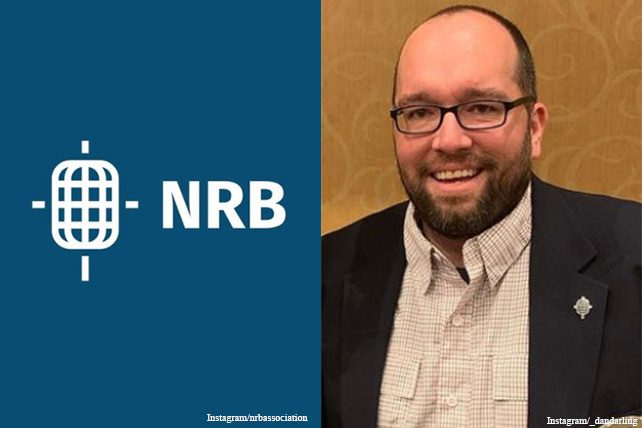 I was dismissed from my job last week after I publicly shared my experience getting the COVID-19 vaccination.

While I don’t believe that I violated their policy, I harbor no animosity toward my former employer, who are my brothers and sisters in Christ. It was an honor to serve Christian communicators who work every day to share the Gospel around the world.

As you read this, many of them are serving those who’ve been affected by Hurricane Ida, are preparing to help refugees from Afghanistan, and are on the ground in Haiti to offer relief to victims of the tragic earthquake.

I am overwhelmed by all the support I’ve received in recent days after my firing became national news. However, I am deeply grieved by the division among Christian brothers and sisters.

In his prayer in John 17, Jesus prayed in very personal terms for the church. His desire was: “May they all be one, as you, Father, are in me and I am in you. May they also be in us, so that the world may believe you sent me (John 17:21).” Jesus’ desire was for his followers to be unified as he is unified with the Father. This, he said, would be evidence of something supernatural at work in us, a testimony to the world of the Gospel of Jesus.

Unity today is a word that is often invoked but seldom understood. It doesn’t mean a warm and fuzzy blurring of our differences, as if they don’t exist.

Christians are told, elsewhere, to demonstrate courage for their convictions and many, throughout the ages, have been sent to their deaths because they refused. Unity isn’t papering over abuse and misconduct in our midst, a convenient cover for malfeasance. Unity isn’t ignoring injustice and evil in the world.

But for Christians, to be unified means that people from every nation, tribe and tongue share something in common, our belief that Jesus died and rose again, victorious over sin, death and the grave.

This is why every week, around the world, people from different social classes, ethnicities and nations and those who share vastly different experiences gather to pray, read the Bible, worship and share each other’s burdens. It’s why Christians are among the most eager to serve their communities, generously giving their time and their treasure to the most vulnerable.

Today, we live in a very polarized nation. There are perverse incentives against unity among Christians, to fail to give the benefit of the doubt, to rush to judgment, to make a name for ourselves by hurting our fellow brothers and sisters.

This is especially heightened when all of us are trying to navigate our way through a global pandemic, racial tension and political division. The easy path for us is to yield to the temptation of the hour, to allow differences over secondary things to cause us to forget what is primary.

But the Apostle Paul wrote in Romans 8 that “as much as possible” we should “live in peace with all men,” and in Ephesians 4 to “make every effort to keep the unity of the spirit in the bond of peace.” In other words, for Christians, this means unyielding conviction on the things that matter and open-handedness on things that don’t.

What does this look like in a social media age?

First, we should see those with whom we disagree not as enemies, but as neighbors. We should not see them as the sum total of their opinion, but as whole people, made in the image of God.

Second, while we must hold our deepest convictions strongly, we might hold our opinions on the secondary issues more loosely, being willing to hear the concerns of those who might have good reason to land in a different place.

Don’t Assume Malice From Others

Third, and this is especially important for believers, we should not assume malice on the part of those who disagree. 1 Corinthians 13:7 says “love believes all things.” Love is not naive in a world of evil, but love also doesn’t assume the worst. It gives the benefit of the doubt.

Finally, unity among brothers and sisters involves forgiveness, the kind of supernatural, otherworldly ability to forgive those who have hurt you deeply. We can do this only because Jesus forgave us.

Thankfully, this is modelled almost every day in communities around the country, where churches are full of people working through their differences in a time of great tension.

We don’t have to participate in cancel culture, because of the one who canceled our sin and gave us salvation.