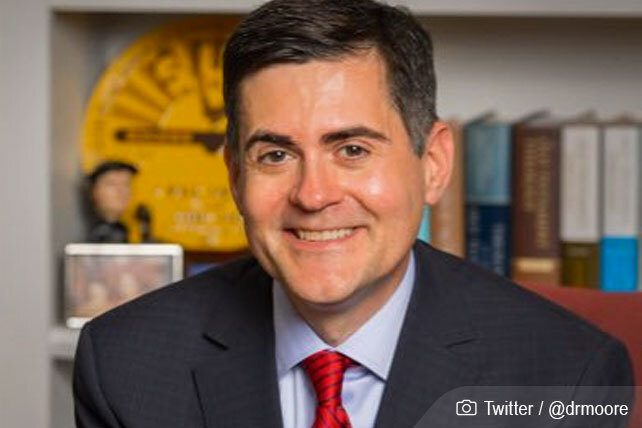 In a recent interview on NBC’s Meet the Press Reports with Chuck Todd, Russell Moore discussed the “secularization of evangelicalism” and whether the term “evangelical” has lost its meaning altogether. Moore is the former president of the Southern Baptist Convention’s Ethics & Religious Liberty Commission and current director of the Public Theology Project at Christianity Today.

In the interview, Moore said, “The use of religion as a means to an end…for an end of politics, for various sorts of ends that really can transform and change the nature of Christianity itself. So if you look at, for instance, some of the tactics often used by people who are claiming to be evangelical Christians, they’re often quite short of the Sermon on the Mount.”

Using Evangelicalism to ‘Own the Libs’

Todd noted that recent surveys indicate that more Americans are self-identifying as white evangelicals but fewer are regularly attending church, asking Moore what he thinks is causing such a trend.

“Well, that’s what concerns me. I’m talking every day to churchgoing evangelical Christians who don’t want to use the word ‘evangelical’ because it’s become merely a political word. And then those who don’t go to church but who are using ‘evangelical’ in a political sense as a way to ‘own the libs’ — that’s not…a good development in my view,” Moore said.

“That’s especially true when we’re in this crisis moment where the moral credibility of virtually every institution is being challenged, and the church is certainly no exception,” Moore added.

RELATED: Pastor Dwight McKissic Would Like White Evangelicals to Learn From Jon Gruden

Todd then asked Moore about the trend within the evangelical movement to cultivate what David French called a “God-and-country lifestyle brand,” rather than a values-driven lifestyle.

In response, Moore said, “I think that’s the end result of having so many evangelical leaders say, ‘Character doesn’t matter; winning matters.’ Diminishing the role of theology and moral formation, and highlighting the role of evangelicalism as a voting bloc.”

“I think when people see that, they start to emulate the characteristics of their leaders. And we have seen evangelical leaders speaking in terms that would have been incomprehensible in the Bill Clinton era. And I think that’s having an effect,” Moore continued.