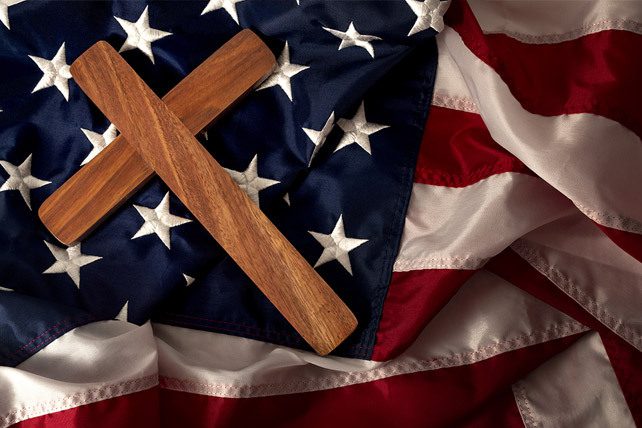 Over the weekend, conversation among Christian leaders on Twitter began to swell, as a pair of tweets suggested that Christian nationalism can be a good thing if properly defined.

Christian nationalism (CN) has been a major concern for American evangelicals and non-evangelicals alike, given the widespread belief in conspiracy theories among certain factions of the political right, as well as the physical violence that can result from those beliefs. This danger was exemplified by the January 6 insurrection against the U.S. Capitol Building, which melded conspiracy theories and religious language. Much of the imagery that accompanied the insurrection was Christian in nature.

Nevertheless, some conservative evangelicals believe that Christian nationalism is something of a boogeyman that is used to dismiss advocacy of any kind of legislation informed by a Christian worldview. While few would deny that Christian nationalism is problematic for America, some have downplayed its dangers in favor of a more measured definition of the term, arguing that evangelicals can reclaim it as something positive.

“(2) It accepts the given reality of sovereign nation states and calls on Americans to love, with a greater love, their fellow American citizens, and to prioritize the wellbeing of America over the general world order and even the international global population (Matt 22:39),” Wolfe continued. “And (3) it establishes, promotes, and/or preserves a Christian morality and ethical framework as the preferred core content of our nation’s culture, values, traditions, civic life, and legal structures without idolizing the state or requiring that all inhabitants be Christians.”

RELATED: Christian Nationalism Podcast Series: Should Your Church Be Alarmed?

Pastor of First Baptist Church in Lindale, TX, Tom Buck retweeted the thread with his endorsement, saying, “Every Word of THIS.”

Nevertheless, the thread drew criticism, particularly for the second point, which argued that American lives should be prioritized over others.

One person replied, “‘Who is my neighbor?’ Only American neighbors????” Below, another commenter added, “He doesn’t even love American Libs.”

“I’m sure you’re intentions (sic) are good. And I do love America. But please do not confuse legitimate patriotism with Christian nationalism,” replied another. “CN is anti-Great Commission, anti-Great Commandment, and anti-missionial, which I am sure is not your intention. Please don’t try to salvage [the term].”

In light of the criticism that Wolfe’s thread received, Buck later gave a more detailed account of his views regarding “positive” Christian nationalism, saying, “[Wolfe is] not arguing that we should love Americans and completely ignore all other nations. He uses the words ‘greater love’ for our American citizens….@William_E_Wolfe is arguing for a nation’s right and responsibility to prioritize its own citizens.”