(RNS) — Longtime actor Denzel Washington said his faith was a part of every decision he made in directing the new movie, “A Journal For Jordan,” based on the writings of an Army sergeant who was killed in action.

First Sgt. Charles Monroe King died in Iraq in 2006 and left behind his partner Dana Canedy and their infant son. Canedy, a former New York Times journalist and now publisher at Simon & Schuster, wrote a New Year’s Day article in the newspaper about King’s devotion to faith, the military and his family. The article eventually led to a book, and now a movie is set to release in theaters on Christmas Day, with actor Michael B. Jordan portraying King.

Washington, 66, who has played a Christmas angel in “The Preacher’s Wife” and Nation of Islam leader Malcolm X in a self-titled movie, said the new film projects a message about love lasting beyond the grave.

“It’s cliche to say, but I’m a living witness, having gotten to know Dana,” he said. “True love never dies. That’s what they have — not had — have.”

“Love, true love, never leaves you; if I drew my last breath today, I would still be Jordan’s mother and still love him,” she said. “And if you believe that you’re more than your physical body, that your spirit and your soul lives on, then you have to believe the spirit and soul continues to love you.”

Washington and Canedy spoke to Religion News Service Friday (Dec. 10) about their faith, what King wrote about his beliefs and the staying power of his words 15 years after his death. 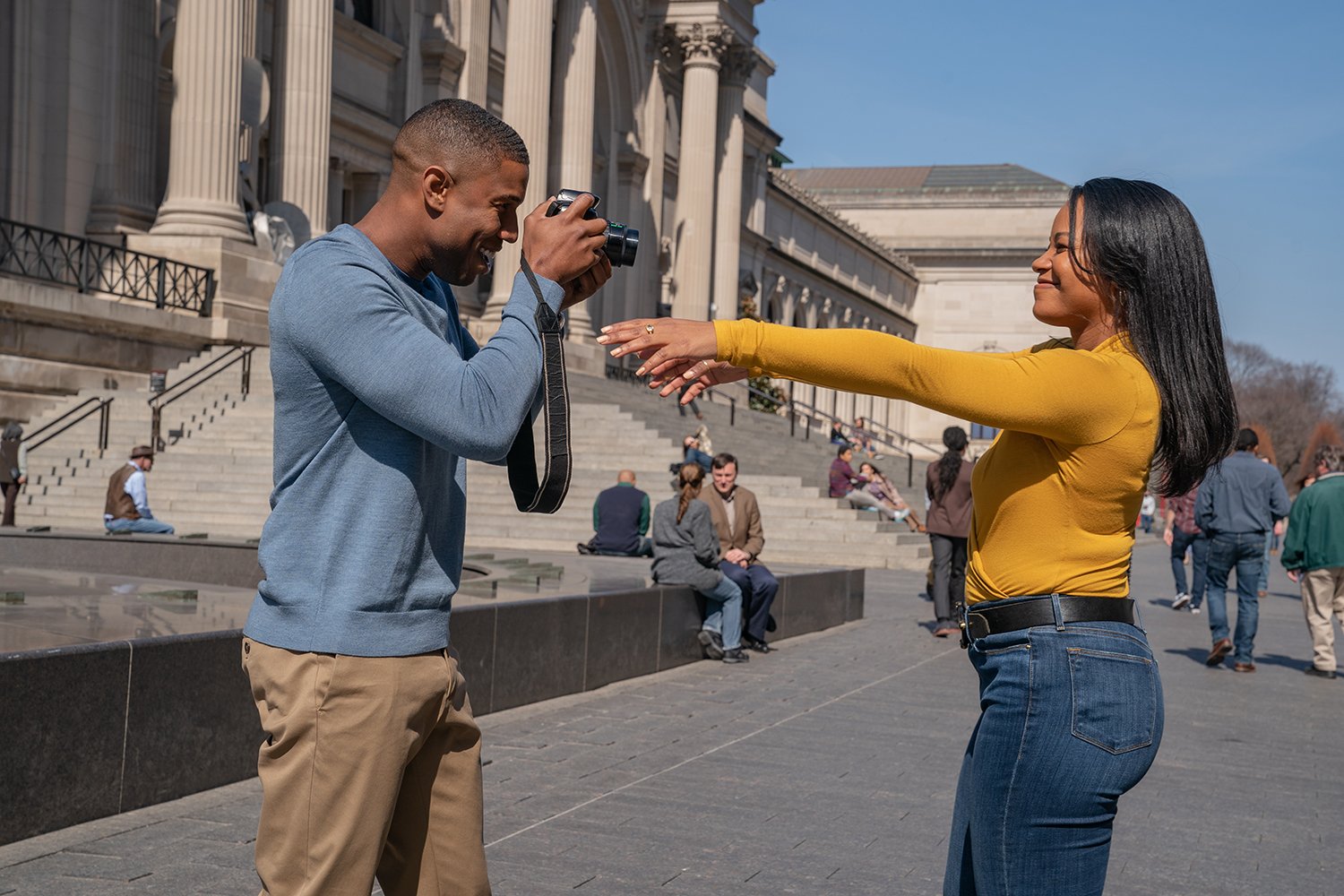 Charles Monroe King, played by Michael B. Jordan, and Dana Canedy, played by Chanté Adams, in “A Journal For Jordan.” Photo courtesy of Sony Pictures

Denzel, I understand you started scenes you filmed of “A Journal For Jordan” by gathering the cast and crew for prayer.

Denzel, are you a member of West Angeles Church of God in Christ in Los Angeles, and if so, how much are you involved there given your busy acting and directing career?

Washington: I helped build it. I am a member, also a member of the (Cultural Christian Center) out here in New York.

I have more than one spiritual leader in my life. So there’s different people I talk to, and I try to make sure I try to put God first in everything. I was reading something this morning in my meditation about selfishness and how the only way to true independence is complete dependence on the Almighty.