(RNS) — From the time he was a teenager, Min Lee wanted to be a missionary.

Lee, who grew up in a Korean American Christian family, said he gave his life to Jesus during a retreat where a missionary from Costa Rica was the guest speaker — which inspired him to think about missionary work as well.

He studied Spanish and ended up spending six months doing missions in Mexico, along with about two years living in a mostly Muslim neighborhood in Toronto. Lee eventually landed in Los Angeles, not far from where he grew up, doing an internship to become a church planter.

Then he ended up at LA City Baptist Church, a small but historic Hispanic congregation floundering after the death of its longtime pastor. Lee started out as a visitor, then was invited first to lead singing, then a Bible study and then eventually became pastor. When he arrived in 2018, the church was down to about a dozen members, most of them elderly. Today the church has closer to 50 people, from a diverse range of backgrounds.

“I thought God was going to call me to be a missionary but instead he sent me to a multiracial church in LA,” Lee said.

LA City Baptist Church is what’s known as a “replant,” an attempt to restore an older, dying congregation to health using some of the lessons gleaned from startup congregations known as church plants. Replanting often involves adding a new pastor who has been trained in how to do outreach, as well as funding and sometimes an influx of volunteers. The idea is to provide resources and new energy to an old congregation, rather than shutting the church down and starting over. 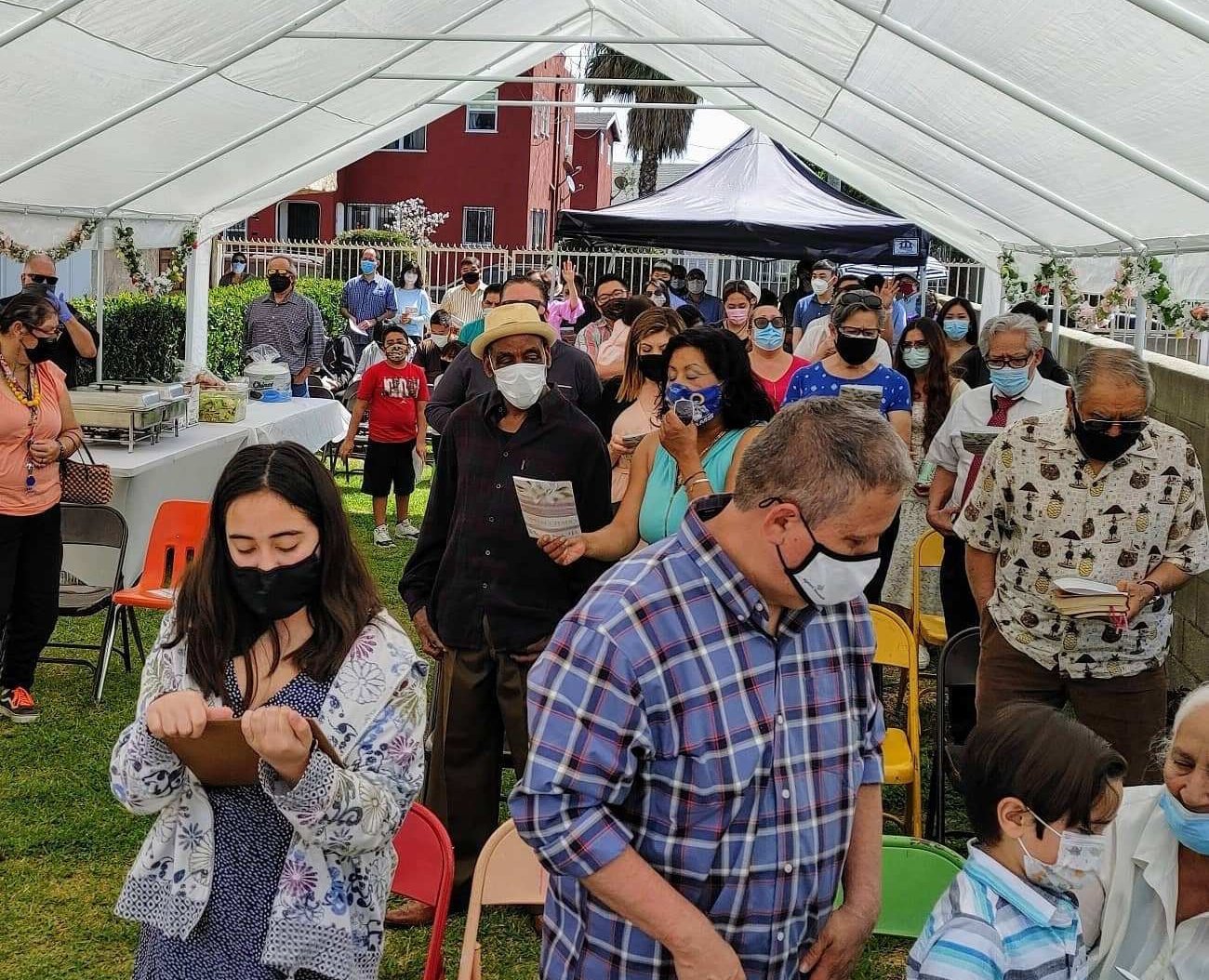 Although not widespread, church replanting is growing in popularity and the approach has been adopted by denominations such as the Southern Baptist Convention, whose North American Mission Board is supporting Lee’s work to replant LA City Baptist. In 2020, NAMB helped fund 50 such replants, according to the latest data available. The agency hopes to work eventually with about 200 replants a year, said Mike Ebert, a spokesman for NAMB.

According to data from the Faith Communities Today 2020 survey, there are lots of churches in the same boat as LA City. The median worship attendance for congregations is 65, down from twice that number in 2000 — leaving many congregations wondering what their future will look like.