(RNS) — An Australian nun whose rock version of the Lord’s Prayer once competed against Elvis for a Grammy, has died.

Sister Janet Mead was 84, according to a report from the Australian Broadcasting Co.

Her 1973 version of the Lord’s Prayer, featuring distorted guitars, drums and bass, set to a rock tune that would have been at home in “Jesus Christ Superstar,” sold more than a million copies in the United States and millions more worldwide, a 1974 profile of the then-36-year-old Mead by the Sydney Morning Herald reported.

The song — which also resembled some of the early Protestant Christian rock music — was nominated for a Grammy but ultimately lost to Elvis Presley’s rendition of “How Great Thou Art.” 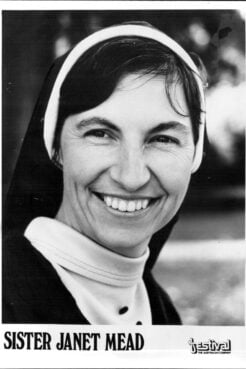 The success of the song caught Mead by surprise. She once recalled that an American journalist suggested people who had been freaked out by “The Exorcist” had run out and bought her records — a suggestion she found hard to believe.

“But I can’t believe people would go and buy it just because it’s sung by a nun,” she told the Morning Herald in 1974. I would never go and buy a record just for the singer, anyway, but then the kids do buy David Cassidy’s records because they like him.”

A 1973 short film, set to the music of Mead’s hit, shows the nun hanging out with young people and then singing her signature tune while backed by a youthful four-piece band. The film shows Mead dressed in her habit and tapping her toes.

Mead also would go on to organize Masses that featured rock music.

“I think that everyone has a song to sing really, haven’t they,” she once told the Australian Broadcasting Co.

Mead, who reportedly donated all the proceeds from her hit song to charity, became a nun at 17. She taught at a Catholic college and was known for her social activism on behalf of the homeless. She was once named Australian of the year because of her charitable work.

She was not the only singing nun to be a one-hit wonder. In 1963, Dominican Sister Luc Gabrielle — known as “Soeur Sourire” or “Sister Smile”— had a pop hit with the song “Dominique.” She would eventually leave her Dominican order to pursue a music career but was never able to recapture her initial success. 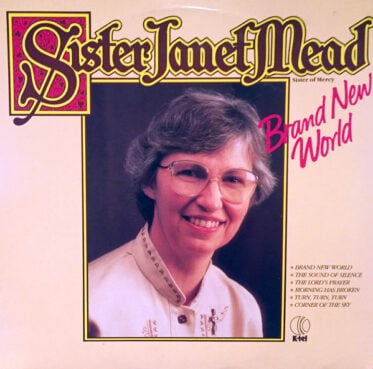 Mead’s version of the Lord’s Prayer was one of a number of hits with spiritual or religious themes in the late 1960s and early 1970s, from Jesus Christ Superstar and Spirit in the Sky to My Sweet Lord and Put Your Hand in the Hand.

Mead, who saw her 1970s musical stardom as a nuisance, said she became interested in rock music as a way to connect with young people.

“I was constantly involved with teenagers through being a teacher and I came to realise how important rock was to them,” she told the Morning Herald in 1974. “I decided to use it to bring them together in the name of God with the introduction of rock Masses to the cathedral.”