According to a lawsuit filed in the Southern Division of the United States District Court of Maryland, the former leader of the church’s Department of Retirement Services “invested Plan assets in imprudent, extraordinarily risky investments that ultimately lost nearly $100 million of Plan participants’ retirement savings.”

Church officials allegedly gave sole authority over the pension fund to the former head of retirement services for the AME with little or no oversight, according to the lawsuit. That led to investments in the purchase of Florida land, a loan to a solar panel installer and investment “in a now non-existent capital venture outlet.”

The lawsuit alleges church officials have admitted the pension plan — which was valued at $126 million in June 2021 — has lost at least $90 million and that “no one connected with the Church” knew where the money had gone, except for the former head of retirement services.

The suit was filed on behalf of the Rev. Cedric Alexander, a retired pastor from Maryland, and names the former head of retirement services, the trustees of the retirement fund, the AME and its bishops, among others. Alexander is one of thousands of retired clergy and church workers affected by the pension plan crisis. 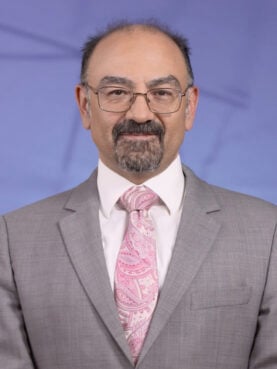 “As a result of the African Methodist Episcopal Church’s gross financial mishandling, nearly 5,000 pastors, church elders, and other employees find themselves contemplating a future without the retirement funds they were depending on,” said William Alvarado Rivera, senior vice president of litigation at AARP Foundation, which is helping represent Alexander, in a statement this week.

In an interview, Rivera said the AARP Foundation has long been concerned about church pension plans, as many of them are not covered by federal legislation known as the Employee Retirement Income Security Act of 1974, which covers most pension plans in the United States. The foundation is currently suing a Catholic diocese in New York over its pension plan.

Rivera said the focus of the lawsuit is the well-being of AME church retirees, many of whom rely on their church pension to pay their bills.

“Our focus is very much on making sure that the pension and retirement plan beneficiaries are made whole,” he said.

Similar lawsuits have been filed in Tennessee and Virginia.

In an update published in late March, AME church officials said they became aware of problems with the church pension plan after a leadership transition in 2021 revealed “possible financial irregularities.”