Amid America-Bashing by Celebs, Candace Cameron Bure Posts About Patriotism

(RNS) — A week after a federal judge ruled that a lawsuit could go forward against two former sheriff’s deputies for baptizing a woman in a lake after a traffic stop, the woman has been found dead.

The Tennessee Bureau of Investigation told a Chattanooga television station that the body of Shandele Marie Riley, 42, was found in Soddy-Daisey, Tennessee. Riley’s first name is listed as Shandle in the lawsuit, and it could not be immediately determined which spelling is correct.

Authorities are reportedly awaiting results of an autopsy.

The baptism, said U.S. District Judge Travis McDonough of the East District of Tennessee, violated the First Amendment. “Any reasonable officer would have recognized that coerced participation in a Christian baptism — an overtly religious act with no secular purpose — was unlawful,” McDonough ruled in early April.

The ruling, first reported by The Chattanoogan and Courthouse News Service, stems from an incident in February 2019, when Hamilton County sheriff’s Deputy Daniel Wilkey pulled Riley over outside her ex-mother-in-law’s house. During the traffic stop, according to court documents, Riley admitted she had a “marijuana roach in her cigarette pack.”

After Wilkey searched the car and found the marijuana, he offered Riley a choice: She could be arrested or get baptized. If she chose baptism, Wilkey would give her a citation but not take her to jail. He promised he would also speak on her behalf in court.

Riley went along because Wilkey was a “God-fearing, church like-man,” according to the judge’s ruling.

When the two went into her ex-mother-in law’s house to get a towel for the baptism, according to court documents, Riley told her ex-mother-in-law, “I guess I’m fixing to get baptized.”

The two were met at a nearby lake by another deputy, Jacob Goforth, whom Wilkey had called to ask him to witness the baptism. Wilkey didn’t tell Goforth about the traffic stop initially, the ruling said, but even after Goforth learned Wilkey had cited Riley for possession of marijuana, he did not stop the baptism. 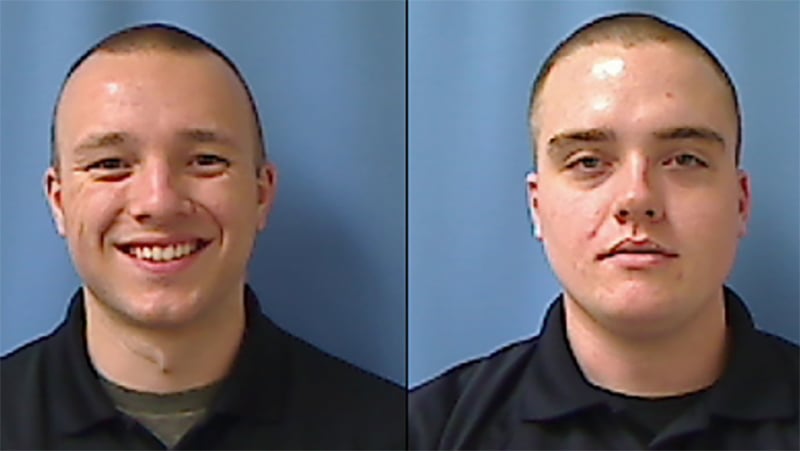 Instead, Wilkey stripped down to his underwear and T-shirt and waded into the water, and Riley, fully clothed, followed. Wilkey baptized her by immersion as Goforth filmed the event on his cellphone.

Gorforth later said that he filmed the event “to protect all persons present and document the event,” according to court documents.

After the baptism, Wilkey and Riley hugged for a few seconds and she left.

Amid America-Bashing by Celebs, Candace Cameron Bure Posts About Patriotism

When Abuse Victims Are Adults, They’re Often Treated as ‘Sinners,’ Threats to Churches

Creflo Dollar: Some of My Teachings About Tithing ‘Were Not Correct’