(RNS) — When he first began working at The Center, a Los Angeles-based nonprofit that hopes to “break the cycle of homelessness through radical hospitality,” author and advocate Kevin Nye thought he had all the answers.

His job was to befriend the people he met, not save them; to see them as people, not problems to be solved.

In his new book, ”Grace Can Lead Us Home: A Christian Call to End Homelessness” (out Tuesday, Aug. 9, from Herald Press), the Fuller Seminary graduate says that many of his fellow Christians make the same mistake. Too often, they offer cash or bagged lunches instead of relationships. Or they avert their eyes and just move on.

Nye suggests trying to see people experiencing homelessness as if they were Jesus.

“If we actually saw Jesus on the side of the road, and recognized him as the Son of God, our savior, we probably wouldn’t just roll down our window and hand him a five,” Nye told Religion News Service in a recent phone interview. “We’d hopefully pull over and talk and enter into some sort of relationship where we are doing a lot more listening than talking.” 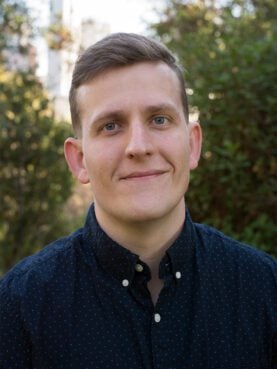 Nye suggests that this approach can help his fellow Christians and others avoid transactional, paternalistic models that dehumanize the very people being served.

“When we encounter Christ in the face of the poor, we shouldn’t so much seek to transform them, but to be transformed ourselves,” Nye advises in the book’s opening chapter, using insights from years of firsthand experience as a homeless services worker in Los Angeles as well as from his theological training.

RNS spoke to Nye about his book and ways to better respond to the issue of homelessness.

This conversation has been edited for length and clarity.

You acknowledge that in your early days in homeless services, you were caught up in a savior mentality. How did that change?

I entered the field with the idea that I had all these resources — time, energy and gumption — to give to this work and this population. I wanted to make a difference and be a hero.

But my earliest responsibility with my job (at The Center in Los Angeles) was to walk around with a clipboard and get the name of everybody who came in, if they were willing to give it. It’s a very humbling task. My goal was just to get to know everybody. I quickly learned I needed to be in relationship. Authentic community can’t be top-down or transactional.