(RNS) — Growing up in Charleston, South Carolina, the Rev. Carey A. Grady heard about the history of Emanuel African Methodist Episcopal Church and its connection to a slave revolt planned by Denmark Vesey — long before it was the site of a 2015 massacre.

And Grady knew of the church through his father, the late AME Bishop Zedekiah Grady, who worked with church leaders from Emanuel AME and other congregations to support the 1969 hospital strike in that city. He wishes more people could learn these lesser-known stories of the church, of his father, of the hard work they did on behalf of African Americans in the city. The Rev. Carey A. Grady. Photo courtesy of Grady

Grady was one of hundreds of Black church leaders who were surveyed earlier this year for a report from the National Religious Partnership for the Environment. The nonprofit has found a significant majority of them say Black history is not told adequately through national and local parks.

“Stories on the Lands: Showcasing Black History on Public Lands” was released this month (September) after interviews, roundtable discussions and follow-up questionnaires were used to learn the views of Black religious leaders.

The partnership, an alliance of faith groups including Christians and Jews, asked 600 Black leaders a number of questions, including what Black leaders are underrecognized and what African American stories are missing from public lands. When an open-ended question asked which Black figures should have their stories preserved, Nation of Islam leader Malcolm X was cited most, followed by Rosa Parks, Colin Powell, Frederick Douglass and Trayvon Martin.

In some instances, prominent figures such as Harriet Tubman, Medgar Evers and Booker T. Washington were cited. 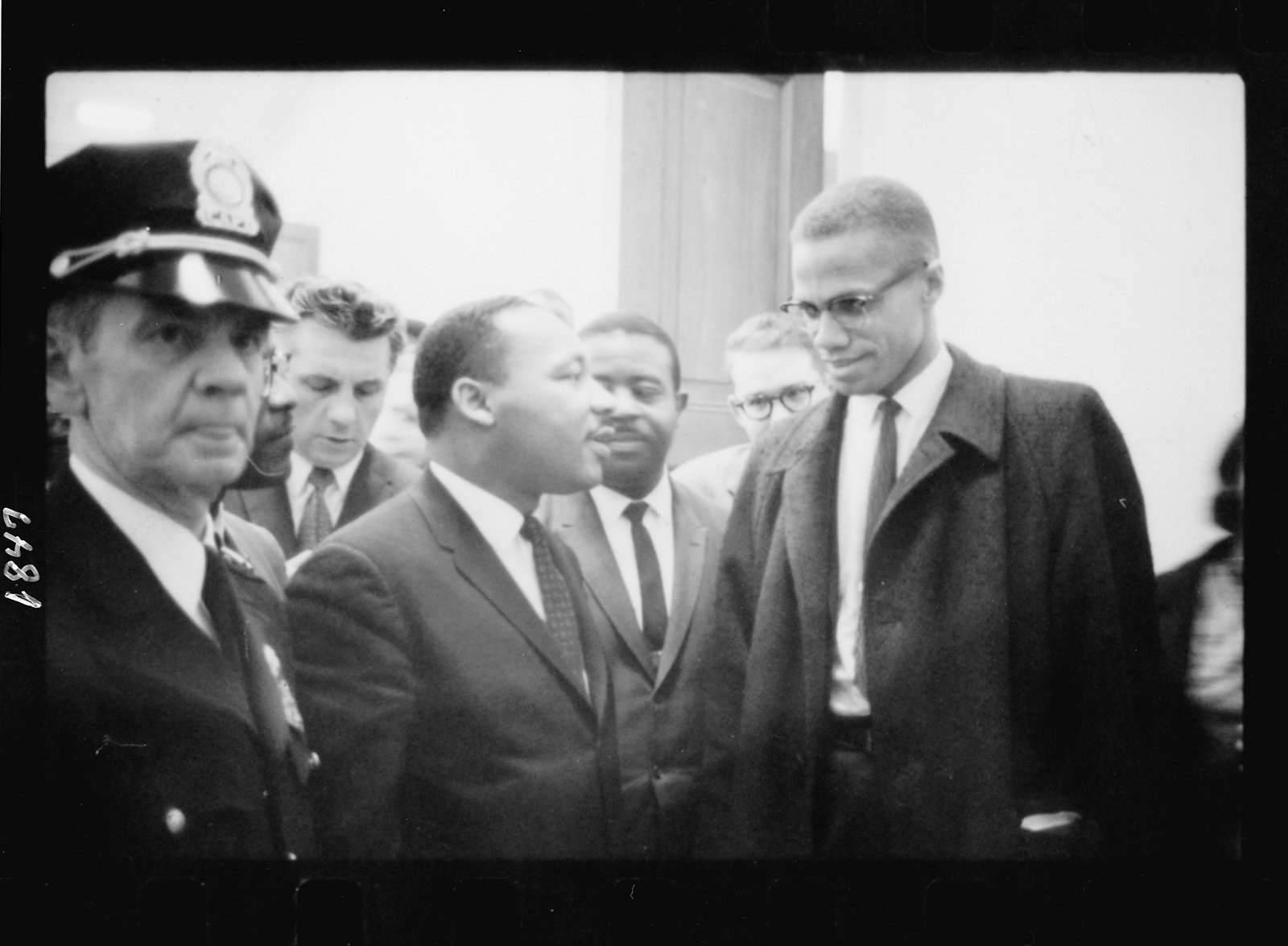 The Rev. Martin Luther King Jr., center left, and Malcolm X speak after King’s news conference at the U.S. Capitol about the Senate debate on the Civil Rights Act of 1964. Photo by Marion S. Trikosko/Library of Congress/Creative Commons

“Since these leaders already have existing monuments named in their honor, this indicates that the awareness and promotion of national monument designations is sorely needed,” the 20-page report states.

The report also notes that only about 180 of the 2,600 historical landmarks in the country are considered African American historical landmarks. And of the 129 national monuments designated by U.S. presidents since 1906, 12 represent the history and stories of Black people.

Leaders of the partnership hope to convince President Joe Biden to further diversify the country’s monuments by highlighting the history of slavery and civil rights, Black schools and cemeteries, lynchings and racially motivated massacres, through designations permitted under the Antiquities Act.

In 2016, the centennial year of the National Park Service, bishops of historically Black denominations topped the list of names on a 609-page petition telling then-President Barack Obama: “Our public lands — the places where we play, pray, and take Sabbath — need to be a full reflection of the faces of our country, should respect different cultures and histories, and should engage all people.”