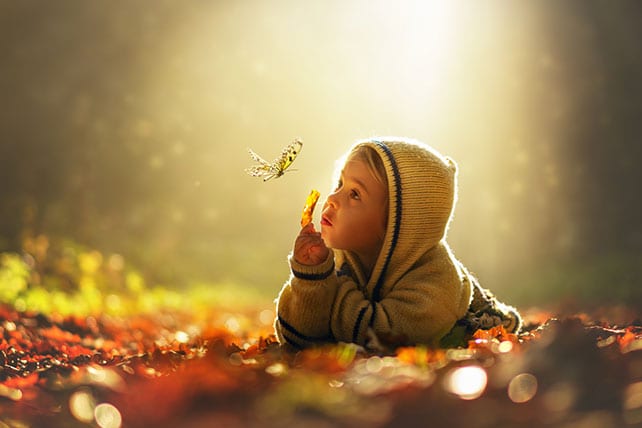 After twenty-four years of pastoral ministry, I have found the one thing the church in our day loves most is change and innovation, but the one thing we need most is a sense of wonder. This is because modern culture has had more of an effect on the contemporary church than the modern church has had on our present culture. If you have been around church culture long enough, you will have heard pastors talking about Good to Great as if Jim Collins was the replacement for Judas rather than Mattias. You would have heard people say (as I have said myself) the message doesn’t change, but the methods do. This sounds good, but as Marshall McLuhan famously said, “The medium is the message.” What we say is of great importance; how we say what we say is of equal importance. There are few things modern Christian leaders fear more than receiving the moniker irrelevant. But relevance of overrated; a sense of wonder is underrated.

I have come to realize that there is something inside of us that fears the steady truth and ministry that is mundane. We want to be known as innovative. For years my drive was to be known as an innovative leader. I spent more time looking forward than learning from the past. I knew what apps were out, read every leadership book I could get my hands on by all the current whos who in the secular world and church world. It wasn’t until my forties that I read a book by some who lived before. I was guilty of what C.S. Lewis calls chronological snobbery. The arrogant idea that what we know today is all we need to know. That modern problem can not find solutions in ancient answers.

Since graduating from seminary, I can now read books on my list to read that I haven’t read for the past five years. One of those books was from G.K. Chesterton. I don’t see eye to eye with Chesterton on everything but in reading Orthodoxy, my modern mind was challenged by old ideas. Ideas that have stood the test of time, this is why I like reading books by dead people the books that have survived have something to say not only to their generation but to ours as well. Chesterton’s words hit me like a ton of bricks. He was telling me from nearly a hundred years ago how to survive our modern age with our faith intact. He is saying we need a greater capacity for a sense of wonder and the ability to exult in the mundane.

A Greater Sense of Wonder

Chesterton, in his typically Cherstertonian way, says this:

“Everything is in an attitude of mind; and at this moment I am in a comfortable attitude. I will sit still and let the marvels and the adventures settle on me like flies. There are plenty of them, I assure you. The world will never starve you for want of wonders; but only for want of wonder.”

What Chesterton is saying is profound. To put it in economic terms, we do not have a lack of wonder because of a lack of supply but because of a lack of demand. I have found in my life that the relentless desire for innovative thinking and wondering at what is next leaves me, over time, unable to wonder at what is. I find myself working to make ministry exciting and new rather than taking time to observe and pay attention to what God is doing in others around me and in the world he has made. Excessive innovative thinking leads me to have a soul that is unsatisfied with what God says is “Good” to chase what Collins says is great.

Often my drive to do and be the next best thing left my soul impoverished and my imagination limited by what is possible. Wonder doesn’t do that. Instead, wonder sees the world God has made the miracles of healing and salvation in the community I serve as what they are products of God’s miraculous handiwork and my faithful service.

We have to stop with our drive for innovation at all costs. If this pandemic has only taught us to innovate in delivering our religious goods, we have missed the purpose of this trial. We need not think the next frontier in the church is us having church on Zoom. Instead, we need to slow down and wonder. The only way we can expand our capacity to wonder is to begin to wonder and allow God to do his work in our church families and in us. When we “do anything short of sin to reach people,” it is easy to forget the wonder-working power of God, who is the author and finisher of our faith.

We Need A Sense of Wonder to Exult in Monotony.

Growing up Charismatic, one of the things we were implicitly taught was monotony was sinful. For example, written or repeated prayers were insincere, and they can be. But it wired me to believe that monotony was to be avoided at all costs, especially in all things having to do with our creative all-powerful spontaneous God. I have come to learn that monotony is not something that should be shunned but something we should aspire to. I learned this from teaching kids for over twenty years and from reading Orthodoxy by Chesterton. In Orthodoxy, Chesterton makes a powerful observation about children and the nature of God that I have been meditating on for days. He says this:

“The thing I mean (speaking of monotony) can be seen, for instance, in children, when they find some game or joke that they specially enjoy. A child kicks his legs rhythmically through excess, not absence, of life. Because children have abounding vitality, because they are in spirit fierce and free, therefore they want things repeated and unchanged. They always say, “Do it again,”; and the grow-up person does it again until he is nearly dead. For grown-up people are not strong enough to exult in monotony.

But perhaps God is strong enough to exult in monotony. It is possible that God says every morning, “Do it again” to the sun; and every evening, “Do it again” to the moon. It may not be automatic necessity that makes all daisies alike; it may be that God makes every daisy separately, but has never got tired of making them. It may be that He has the eternal appetite of infancy; for we have sinned and grown old, and our Father is younger than we. The repetition in Nature may not be a mere recurrence; it may be a theatrical encore.”

What a powerful picture of what Jesus meant when he said unless we become like a little child, we will never see the kingdom of heaven. Because unlike a little child we will not be satisfied with this life’s mundane plainness, we seek to build our own kingdom, one that has better bells and whistles. To exhult in monotony is something that takes strength of mind, not the simplicity of mind as we often think.

We think that the goal of life and ministry is to come up with a better version of a daisy, a daisy 2.0 if you will. God delights in the perfection of his creation so much that he never gets tired of making them. We think that the way forward for the church is for God to do a new thing. What we really need is for him to do an old thing again. We need him to send his spirit again, we need him to transform our hearts again, we need him to change our desires and our affections to match his…again.

Our emergence from the pandemic and our new place as a minority status in culture will not be overcome through innovation but rather through a people of God captivated by a sense of wonder in God able to rejoice in the beauty of monotony just like God.

As the church emerges from the cocoon of this present trial, my prayer is that we do not try to remove our cocoon through artificial means. But allow God to do his work in us, and when he is done, to look with a sense of wonder at what he has done and say, “Do it again.”

This article about the church’s need for a sense of wonder originally appeared here, and is used by permission.