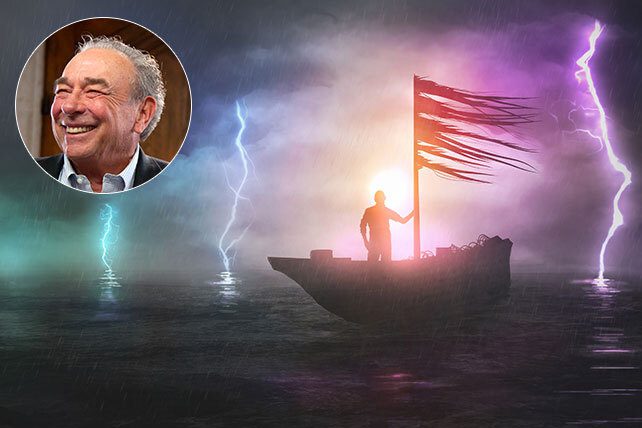 It has been called the Achilles’ heel of the Christian faith. Of course, I’m referring to the classical problem of the existence of evil. Philosophers such as John Stuart Mill have argued that the existence of evil demonstrates that God is either not omnipotent or not good and loving — the reasoning being that if evil exists apart from the sovereign power of God, then by resistless logic, God cannot be deemed omnipotent. On the other hand, if God does have the power to prevent evil but fails to do it, then this would reflect upon His character, indicating that He is neither good nor loving. Because of the persistence of this problem, the church has seen countless attempts at what is called theodicy. The term theodicy involves the combining of two Greek words: the word for God, theos, and the word for justification, dikaios. Hence, a theodicy is an attempt to justify God for the existence of evil (as seen, for instance, in John Milton’s Paradise Lost). Such theodicies have covered the gauntlet between a simple explanation that evil comes as a direct result of human free will or to more complex philosophical attempts such as that offered by the philosopher Leibniz. In his theodicy, which was satired by Voltaire’s Candide, Leibniz distinguished among three types of evil: natural evil, metaphysical evil, and moral evil. In this three-fold schema, Leibniz argued that moral evil is an inevitable and necessary consequence of finitude, which is a metaphysical lack of complete being. Because every creature falls short of infinite being, that shortfall must necessarily yield defects such as we see in moral evil. The problem with this theodicy is that it fails to take into account the biblical ideal of evil. If evil is a metaphysical necessity for creatures, then obviously Adam and Eve had to have been evil before the fall and would have to continue to be evil even after glorification in heaven. To this date, I have yet to find a satisfying explanation for what theologians call the mystery of iniquity.

Please don’t send me letters giving your explanations, usually focusing on some dimension of human free will. I’m afraid that many people fail to feel the serious weight of this burden of explanation. The simple presence of free will is not enough to explain the origin of evil, in as much as we still must ask how a good being would be inclined freely to choose evil. The inclination for the will to act in an immoral manner is already a signal of sin.

The Mystery of Iniquity

One of the most important approaches to the problem of evil is that set forth originally by Augustine and then later by Aquinas, in which they argued that evil has no independent being. Evil cannot be defined as a thing or as a substance or as some kind of being. Rather, evil is always defined as an action, an action that fails to meet a standard of goodness. In this regard, evil has been defined in terms of its being either a negation (negatio) of the good, or a privation (privatio) of the good. In both cases, the very definition of evil depends upon a prior understanding of the good. In this regard, as Augustine argued, evil is parasitic — that is, it depends upon the good for its very definition. We think of sin as something that is unrighteous, involving disobedience, immorality, and the like. All of these definitions depend upon the positive substance of the good for their very definition. Augustine argues that though Christians face the difficulty of explaining the presence of evil in the universe, the pagan has a problem that is twice as difficult. Before one can even have a problem of evil, one must first have an antecedent existence of the good. Those who complain about the problem of evil now also have the problem of defining the existence of the good. Without God there is no ultimate standard for the good.

In contemporary days, the mystery of inquity has been resolved by simply denying both evil and good. Such a problem, however, faces enormous difficulties, particularly when one suffers at the hands of someone who inflicts evil upon them. It is easy for us to deny the existence of evil until we ourselves are victims of someone’s wicked action.

However, though we end our quest to answer the origin of evil, one thing is certain: since God is both omnipotent and good, we must conclude that in His omnipotence and goodness there must be a place for the existence of evil. We know that God Himself never does that which is evil. Nevertheless, He also ordains whatsoever comes to pass. Though He does not do evil and does not create evil, He does ordain that evil exists. If it does exist, and if God is sovereign, then obviously He must have been able to prevent its existence. If He allowed evil to enter into this universe, it could only be by His sovereign decision. Since His sovereign decisions always follow the perfection of His being, we must conclude that His decision to allow evil to exist is a good decision.

Again, we must be careful here. We must never say that evil is good, or that good is evil. But that is not the same thing as saying, “It is good that there is evil.” Again, I repeat, it is good that there is evil, else evil could not exist. Even this theodicy does not explain the “how” of the entrance of evil into the world. It only reflects upon the “why” of the reality of evil. One thing we know for sure is that evil does exist. It exists, if nowhere else, in us and in our behavior. We know that the force of evil is extraordinary and brings great pain and suffering into the world. We also know that God is sovereign over it and in His sovereignty will not allow evil to have the last word. Evil always and ever serves the ultimate best interest of God Himself. It is God in His goodness and in His sovereignty who has ordained the final conquest over evil and its riddance from His universe. In this redemption we find our rest and our joy — and until that time, we live in a fallen world.

This article on the mystery of iniquity originally appeared here, and is used by permission.