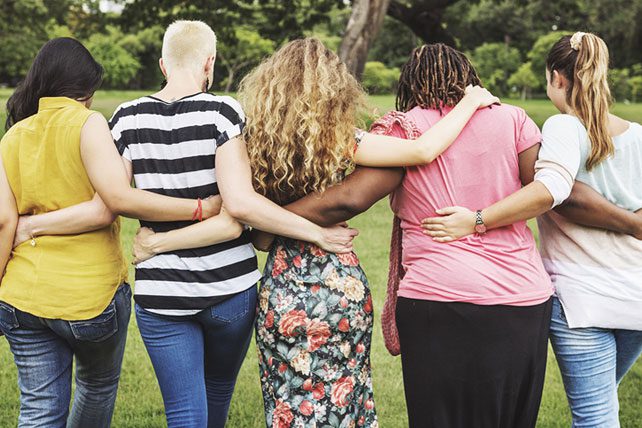 Critical Race Theory. Wokeness. Gender-affirming. Implicit bias. Christians today are coming face-to-face with a tidal wave of terms and changing cultural norms that have left many feeling like exiles, foreigners in a distant land. Wanting to hold to both biblical truth (conviction) and God’s never-ending grace (compassion), many find themselves not knowing how to move forward in the wake of so much change.

Questions swirl: How do Christians embrace the goodness of diversity without feeling as though they are caving to the winds of cultural change? What does it really mean to follow Jesus into the hard relationships and conversations? What role can Christians play in bridging divides (e.g., cultural, partisan, etc.) in a world that seems intent on driving wedges between different sides?

The winds of change are in the air, and they aren’t all bad. In the deep unrest we are all feeling, I sense God is doing something new in our midst (Isaiah 43) — he is whispering to our hardened and fearful hearts the reality that there is a grace and love that knows no limits.

Truth be told, diversity, equity, inclusion, and belonging (DEIB) aren’t four-letter words. In fact, they may be just what we need to find our way back to a discipleship that models Jesus’, and that sees those in our world come to true faith.

The U.S. is going through a significant demographic change, and this change is reshaping the American religious identity. According to one survey, more than one-quarter of Americans are religiously unaffiliated and non-Christian communities are growing. At the same time, a Barna study showed that practicing Christians (those who identify as Christian, agree strongly that faith is very important in their lives, and have attended church within the past month) are a much smaller segment of the population today—dropping in half since 2000 (45 percent in 2000 vs. 25 percent today).

Another Barna study found that the percentage of teens who identify as “atheist” is double that of the general population (13 percent vs. 6 percent of all adults).

The world is changing are all around us. And yet, it seems that we aren’t wanting to venture into those waters—in fact, our pattern has been to further entrench in our shelters with those similar to us. One study showed that 80 percent of white evangelical Protestants tended to hang out with other white evangelical Protestants. Black Protestants are even more homogenous when it comes to social religious networks, with 82 percent sticking with like-minded believers.

Rewind a couple thousand years and you will find a markedly different story as the founder of our faith intersected with his world. On mission to “reconcile the world to himself,” Jesus was not tripped up by those with a different worldview or with different life circumstances. There was no one he wouldn’t engage with for the sake of reconciliation—lepers, the blind, the outcast, the rich, the powerful, the adulterer, and the sinner. Although his inner circle was small, his social circle was wide and seemed to know no limits.

If this is how Christ chose to live out his life and ministry, it certainly should mean something for how we live out ours. Namely, we were not called to spend our lives primarily with those who look, think, and believe like us. We were called to a world full of people of all shapes, sizes, colors, and cultures—to be salt and light in the dark and hurting places. When we miss this point, we miss the gospel’s power.

Cognitive Laziness in Our Approach to DEIB

According to recent research, businesses today are investing an enormous amount of time and resources into DEIB. In fact, more than 48,000 jobs are open in U.S. companies for directors and vice presidents of DEIB. My own job title at Young Life, where I have the privilege of serving as our Vice President of Diversity, Belonging, and Strategy, demonstrates that even we sense the gravity and opportunity of the moment.

Unfortunately, the responses from 804 HR professionals in the study I referenced showed that about 80 percent of companies “are just going through the motions and not holding themselves accountable.” The report concludes that too many “resort to legacy tactics of bias training, diversity recruiting, and programs that sometimes backfire and contribute to more division than unity.”