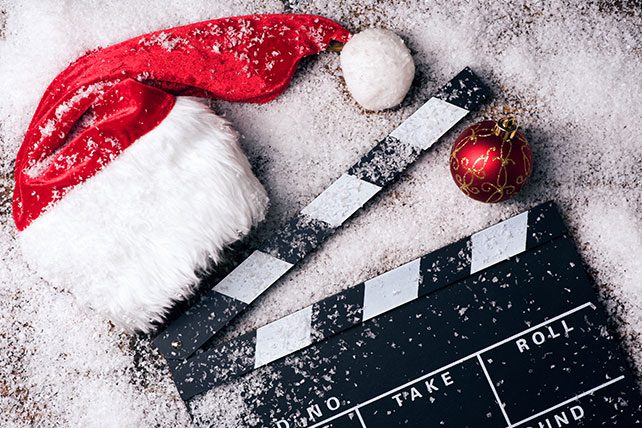 Several years ago a film crew from our church hit the streets of Charlotte to produce a “man on the street” video asking people “What comes to your mind when you think of the Christmas story?” Number one answer? “The movie.” Call them Generation X-mas: this survey has plenty to teach us about outreach.

Yep, the 1983 “You’ll shoot your eye out, kid” tale from 1940s Indiana of a nine-year-old boy’s desire for a Red-Ryder Carbon-Action 200-Shot Range Model Air Rifle BB-Gun (and, lest we forget, with a compass in the stock).

An intriguing piece in Time magazine at around the same time chronicled how A Christmas Story has become the quintessential American film for Christmas, replacing It’s a Wonderful Life. Titled Generation X-Mas, it chronicled how an “upstart film became a holiday icon for the post-boomer set.”

As for George Bailey?

“Not so into him anymore.”

In a 2006 Harris poll (and I haven’t found one more recent), those from older generations picked Bedford Falls, along with Macy’s (Miracle on 34th Street) as their favorite film destinations.

But respondents a bit younger, from 18 to 41 years old, granted the “major award” to Scott Fargas, Flick and the Bumpus’ dogs – hence this season marking the 14th year (with steadily rising ratings) of the 24-hour marathon on TBS come December 24-25.

This is one of the “pop-cultural shifts,” suggested Time – such as football overtaking baseball, salsa defeating ketchup – that “signal bigger changes.” Perhaps because it’s everything It’s a Wonderful Life is not – “satiric and myth-deflating, down to the cranky store Santa kicking Ralphie down a slide.”

Or, as Time noted, perhaps it is because of the changing relationship between the community and the individual. Whereas the older films position Christmas as that which “uplifts the suicidal, raises every voice in Whoville, [and] renders peace between Macy and Gimbel,” A Christmas Story “inverts the moral.”

But perhaps we can go where Time could not.

The great divide between It’s a Wonderful Life and A Christmas Story is more than just the radical individualism that marks our day, but what has spawned such individualism.

Generation X-mas and the birth of Jesus