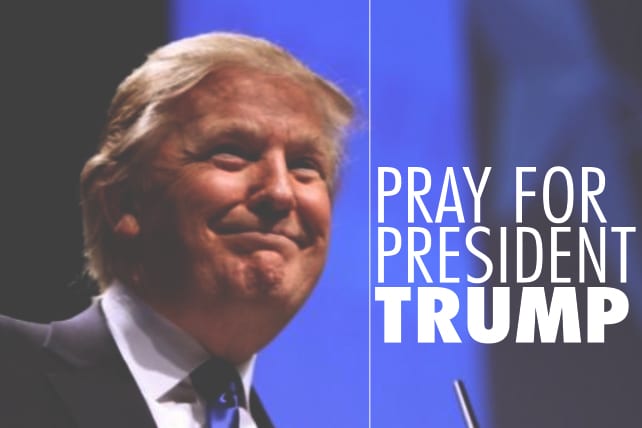 Since the days of President Franklin D. Roosevelt, the first 100 days of any new presidency have often been times of intense and focused activity. It appears that the Trump Presidency will begin with that same flurry of governmental activism. The decisions made during that time will greatly impact our nation. Here are some very practical ways we can pray for those critical days.

Pray for the Lord’s protection, not only over the events surrounding Inauguration Day, but throughout the new administration’s term of office. Physical and spiritual protection are needed for President Trump and Vice President Pence and their families as well as for all of the administration.

Lord, be their Defender!

In the midst of a badly divided nation from top to bottom, we desperately need God’s peace. Pray for the Lord’s peace to come into the Congress of the United States and into the Supreme Court of the land. May this new administration, that during the campaign often stirred up controversies, become known as an administration that unites and brings peace. Pray also that God’s peace would touch the church in this nation that found itself badly divided over this election.

We long for Your peace to come to our nation, Lord!

We need to humbly come before the Lord and confess our need for His great provision to be poured out upon our nation. We need wisdom from above. We need the provision that meets healthcare needs in just ways. We need the provision of a robust economy that allows us to provide good jobs to those who are able to work. We especially need to be a nation that realizes that what we have comes from the Lord’s hand.

Thank You for being our Provider, O Lord!

You who created the world in six days, would You empower our government to properly use its power for efficient and just government?