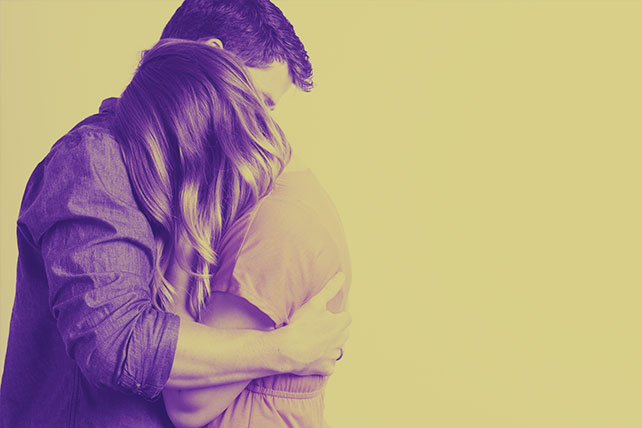 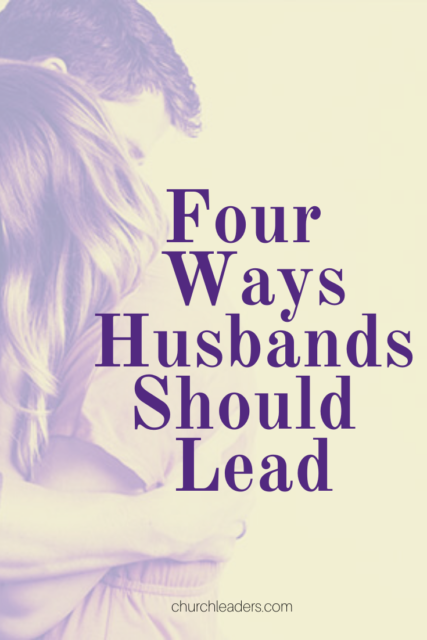 There are four primary ways from the Bible that husbands should lead.

“Husbands, love your wives, just as Christ loved the church and gave himself for her to make her holy, cleansing her with the washing of water by the word.”
Ephesians 5:25-26 CSB

Many people get stuck on Paul’s directive in Ephesians 5 for wives to submit to their husbands. But Paul gives three times as much space to his instructions for the husbands as he does their wives. We may be quick to miss it, but what Paul says to men is just as counter-cultural today as any biblical teaching on submission. Our society certainly does not like the idea of submission. But as it turns out, the men of our society don’t really like to lead, either.

Paul’s instructions in Ephesians 5, which draw from the creation narrative of Genesis 2, give us at least four ways husbands should lead in a Christ-like leadership role.

1. Husbands should lead by providing for the wife.

Before God created the woman, he had the man working in the garden. Only after Adam had a job did God bring him a wife.

There’s a very simple application here: Ladies, if he can’t hold down a job and still uses his parents’ credit cards, you might want to think twice!

2. Husbands should lead the way spiritually.

When Eve was brought to Adam, he already had a relationship with God. He was tasked with relaying to her the commands of God and leading her in obeying them.

Men, as the spiritual leader in your home, you are to wash your wife, as Paul says, “with water by the word.” That means you lead your family in the application of Scripture.

This doesn’t mean you have to lead your wife in a Bible lesson every night—though it wouldn’t hurt. It could be as simple as saying, “Hey, baby, how can I pray for you?” and then holding her hand and praying over her. When you look up, she’s probably going to be crying, and you’re going to be leading…and then you can write me a thank you note for that simple piece of advice.

Washing your wife with the word means you become the primary mouthpiece declaring to her God’s feelings about her—that she is valued, cherished and precious in God’s sight, with a bright future because of God’s plans for her. Ask yourself: If your wife’s spiritual identity was based solely on your words to her, what would she think of herself?

3. Husbands should lead in romance.

The first human words recorded in the Bible were Adam composing a love poem about his wife. (It sounds better in Hebrew.) He was the one expected to take initiative and romance his wife.

4. Husbands should lead in sacrifice.

In Ephesians 5:31 Paul references God’s instruction to the man to leave his previous life and cleave to his wife: “For this reason a man will leave his father and mother and be joined to his wife, and the two will become one flesh.”

Paul then makes a startling comparison. He says that when husbands do this, they mirror Jesus’ relationship with us: Jesus left his heavenly home and laid down his life for us. Now we are to do that for our wives.

Laying down my life doesn’t simply mean being willing to die for my wife; it means daily putting her needs above mine and using my power to serve her.

It means that in decisions, I give her needs and preferences more weight than my own. If I am serving my wife like Christ served the church, then in 90 percent of instances where we disagree, we are going to end up doing what she wants, because most decisions are not spiritual leadership decisions—they are preferences, and mine should always be second to hers.

C.S. Lewis says that in the marriage relationship, men wear a crown, but it is first and foremost one of thorns.

Humanity fell because men didn’t lead like Christ. It was Adam, not Eve, who sinned first. Genesis 3 says that he was “with” the woman when she ate, which means he failed to be the spiritual leader and protect Eve. The first sin was as much one of omission as it was commission: the failure of man to lead. It’s the same sin besetting the men of our society today. When men in the church re-assume their leadership role, their families and our society will be transformed.

Leading your family is your most important assignment.

For more, be sure to listen to the entire message here.

This article about how husbands should lead originally appeared here.