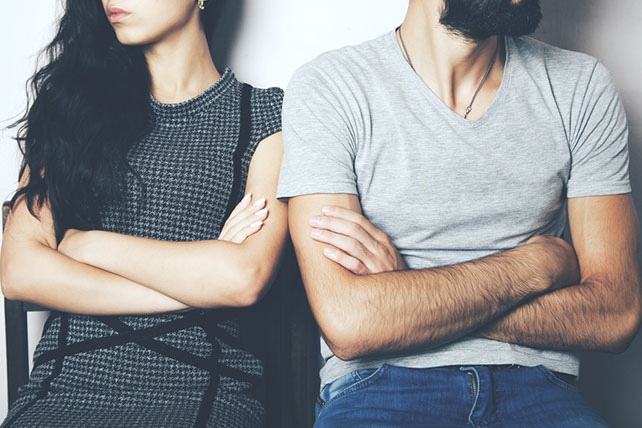 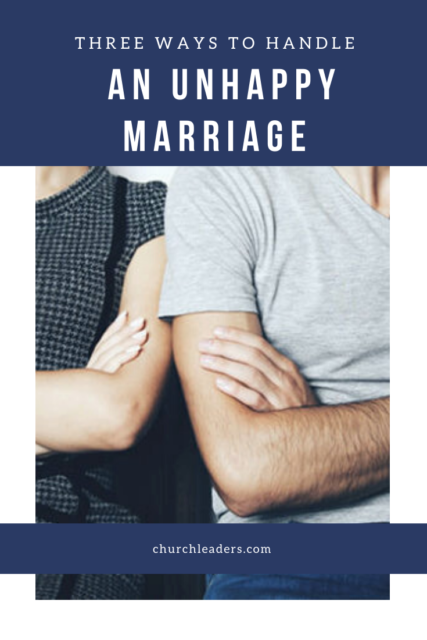 Problems in marriage are inevitable. Even chronic. And so, at times, is unhappiness. There are three key ways to handle an unhappy marriage.

After studying 645 couples where one spouse rated their marriage as unhappy, a research study from a team of family scholars found that two-thirds of the couples who chose to stick it out together reported a significantly happier marriage five years later.

So what makes the difference if you choose not to divorce?

The marriages that got happier fell into three broad approaches: the marital work ethic, the marital endurance ethic and the personal happiness epic.

Marriage as a Shared Story

Creating a happy marriage depends on more than just your interactions with your spouse; it also depends on how you view marriage in general.

Marriage is not just the sum of the personal interactions that you find either satisfying or distressing. Marriage is a social status and a shared ideal—a story you have about your own life, your family, your spouse and your love.

The attitudes and values that people and societies have about marriage and divorce affect how satisfying people find being married. In communities where marriage is highly valued, husbands and wives get more from marriage than they would in a community where marriage is seen as a merely private matter.

Stated another way: The happiness you get from any role in life—being a parent, holding a job, being married—depends in part on how satisfying you find the day-to-day interactions and tasks. But it also depends on whether you see the role itself as important and valuable.

In general, we have many goals for our own marriages, and those of others: We want marriage to last, we want children to enjoy living with their own two married parents, we want these marriages to be happy, and we don’t want unhappily married people trapped in miserable lives.

Over the past 40 years, these goals have seemed to be in conflict: If we discourage divorce we create lasting marriages at the high cost of individual misery—almost certainly for adults and often for the children. We need to find ways how to handle conflict.

Based on the findings of this study, this conventional wisdom is untrue.

Does a firm commitment to staying married, even though unhappy, typically condemn adults to lifelong misery? No.

So, is divorce always wrong and staying married always right? The answer’s not so simple.

Both divorce and marriage initiate complex chains of events whose outcomes cannot be predicted with certainty at the outset.

And with the passage of time, the feelings of people about their marriages can and do change.

Divorce may make an unhappy spouse happier, but there is no guarantee (and much doubt) that it will.

Marriage is no panacea, but neither is divorce.

To sum all this up: People and marriages are going to be happier in communities with a strong commitment to marital permanence. While some marriages are so destructive that divorce or separation is the best outcome, marriages are more likely to be both happy and stable when marriage is highly valued.

Surround yourself with other married couples who value marriage as well.

Stick it out through the tough times.

And live life together with others.

It makes the ride so much more enjoyable along the way.

Pick up a copy of Naked Marriage…available now.

This article about how to handle an unhappy marriage originally appeared here.