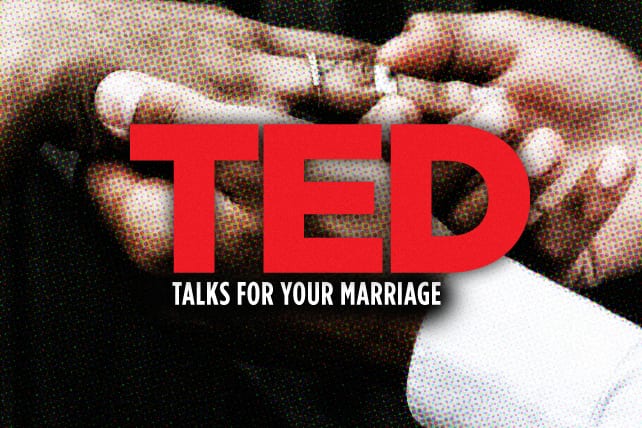 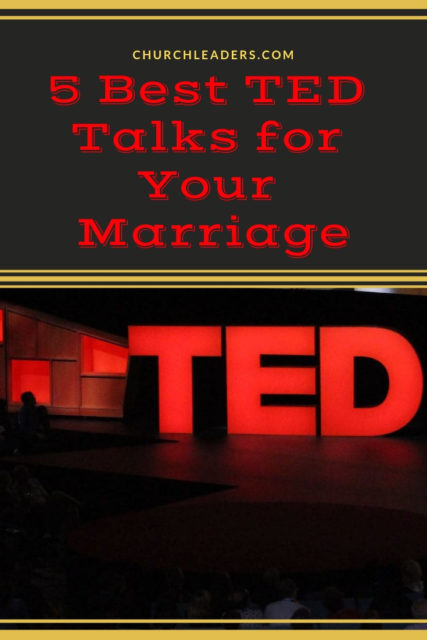 These are the best Ted Talks for your marriage.

In today’s world there are many resources that will help your marriage. I’m biased, but Simple Marriage and Sexy Marriage Radio are among the best. But there are also so many of the best TED talks worth your time.

In no particular order here are the five best Ted Talks for marriage:

Dall’Aglio, a French philosopher and author, says love is the desire of being desired. But in a world that often favors the self over others, how can people find the tenderness and connection they crave?

It may be easier than you think: “For a couple who is no longer sustained, supported by the constraints of tradition, I believe that self-mockery is one of the best means for the relationship to endure,” he says.

In this surprisingly convincing talk, Dall’Aglio explains how acknowledging our uselessness could be the key to sustaining healthy relationships. This TED Talk is in French, with English subtitles.

Best Ted Talks #2: Esther Perel’s “The secret to desire in a long-term relationship.”

Perel also conducts research around the world on how couples can cultivate long-term sexual relationships. She says in her TED Talk that sustaining desire in a committed relationship comes down to reconciling our need for security and our need for adventure into one relationship.

How do we do this? You have to watch to find out.

Brown, a research professor at the University of Houston Graduate College of Social Work, studies how humans empathize, belong and love, and her approach to embracing vulnerability and loving whole-heartedly could fundamentally change the way you live, love, work and parent.

Best Ted Talks #4: Esther Peril’s “Rethinking infidelity…a talk for anyone who has ever loved.”

Esther Perel traveled the world for 10 years examining hundreds of couples affected by cheating to find out why people cheat, even when they’re happy, and what “infidelity” actually means?

She questions whether infidelity needs to be the ultimate betrayal it’s perceived to be.

“When a couple comes to me in the aftermath of an affair that has been revealed, I will often tell them this: Today in the West, most of us are going to have two or three relationships or marriages, and some of us are going to do it with the same person,” Perel says. “Your first marriage is over. Would you like to create a second one together?”

Good relationships aren’t built on constantly agreeing with each other, as Heffernan, serial entrepreneur and Beyond Measure author, explains.

Great research teams, relationships and businesses allow people to deeply disagree, she says, but “the truth won’t set us free until we develop the skills and the habit and the talent and the moral courage to use it. Openness isn’t the end. It’s the beginning.”