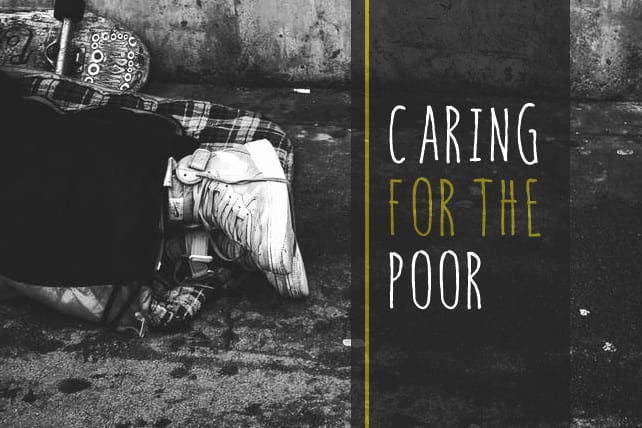 Karl Marx famously called Christianity the opiate of the people, but I think it’s actually the smelling salts. Because when you really understand God’s grace, you wake up to injustice, and you are moved by compassion. The reverse is true as well: When you are fail to care for the poor, it raises the question of whether or not you’ve actually ever believed the gospel, because you are unaware of your own pressing need for God’s merciful attention to you in your sin.

We Need to Care for the Poor

A failure to care for the poor shows a fundamental misunderstanding of the gospel.

When the prophet Amos confronted the nation of Israel about their neglect and oppression of the poor, the excuses they gave may sound familiar to us today.

First, the Israelites said, “But we are God’s chosen people” (Amos 3:2). In other words, “We’re forgiven; we’re God’s favorites.” But God responded, “That makes your sin even worse! You not only knew me as lawgiver; you knew me as Father and Redeemer. To whom much is given, much will surely be required.”

Then they tried their second excuse: “Our religious zeal makes up for our moral shortcomings” (Amos 5:21). At this point in their history, Israel went to church all the time and put on a bunch of feasts. But God responded, “I hate, I despise your feasts, and I take no delight in your solemn assemblies.”

We use the same excuses today when we fail to show a concern for the poor: “Well, thank God that he accepts us by grace!” or “We’re not perfect, just forgiven.”

But we can’t excuse ourselves with grace. If we’ve really been forgiven, we’ll be more passionate about caring for the poor and fighting injustice, not less. Forgiveness is not a license to avoid these things. It’s a catalyst to drive us deeper into these things.

Amos 6:1 says, “Woe to those who are at ease in Zion”—those who are playing through life when so many around them are suffering.

Charles Spurgeon identified three groups that are “at ease in Zion”:

We may not think we belong to any of these groups, but how many of us have failed to acknowledge the most desperate need of all that surrounds us? This is the greatest position of privilege all of us occupy: We know the gospel that has saved us from sin, death and hell. And yet there are people around the world who have never heard it. Don’t we owe the gospel to them? How could it not be unjust to keep it from them?

I wonder if God would look at us today and say, Woe to you who are at ease in the kingdom of God while so many perish! Would he look at all the attention we give to our worship services and say, I hate, I despise your church services. I take no delight in hearing your sermons. Though you offer me a moving experience of worship music, I won’t accept it. If we’re busier playing church than we are getting our hands dirty for the poor, that verdict is entirely possible.

The Apostle Paul said he was a debtor to people everywhere who never heard about Jesus (Romans 1:14). Why was he a debtor to a bunch of people he’d never even met?

Paul knew that he didn’t deserve to hear the gospel. He was not worthier or less of a sinner. It was a gift of grace. And with that gift of grace comes the obligation to share it with others.