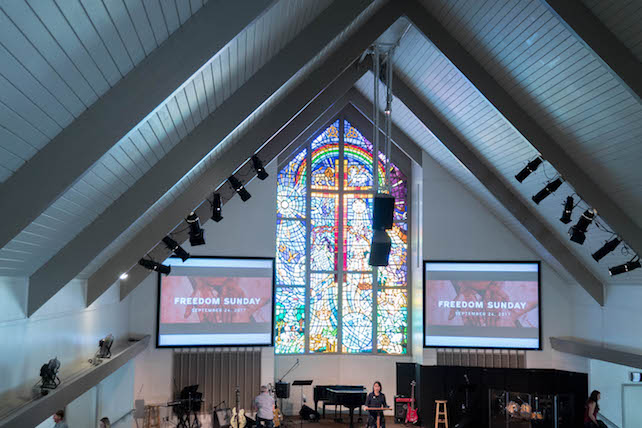 “I wondered why I had to wait to be 60 years old to hear the justice piece [of the gospel]. You always feel guilty reading the biblical texts [about justice] and seeing that so much of the calling of Jesus was rescuing the poor and the oppressed. And then you think, ‘Well, that’s just spiritual.’ But then you realize it wasn’t [just spiritual], if you don’t deal with the poor and the oppressed you aren’t engaged in the full gospel.” – Pastor Brian Morgan, Peninsula Bible Church

I’ve stopped being surprised by words like Pastor Brian’s above. Instead, I am filled with great hope. Hope that the Church will lead us to the end of slavery in our lifetime.

There is no question that we are living in an ever-changing world. Things that once seemed impossible are commonplace in today. Technological advances have given us computers in our pockets and cars that run without gasoline. Medical progress has given us the pacemaker, organ transplants, and eradicated polio.

However, a dark part of our world that we like to believe has been eradicated and banished to the history books is alive and well: slavery.

My colleagues and I at International Justice Mission (IJM) go to work every morning with a clear goal in mind: to end slavery in our lifetime.

That goal might sound crazy to some of you, but with God’s help and the help of the Church, we have seen incredible progress.

In the last 21 years, we have helped relieve more than 45,000 people around the world from slavery and other types of oppression. We’ve trained an even greater number of government officers and officials on how to identify and fight slavery and oppression. And with the help of Christians around the world, more than 1,400 slave owners and violent abusers have been convicted for their horrendous crimes. 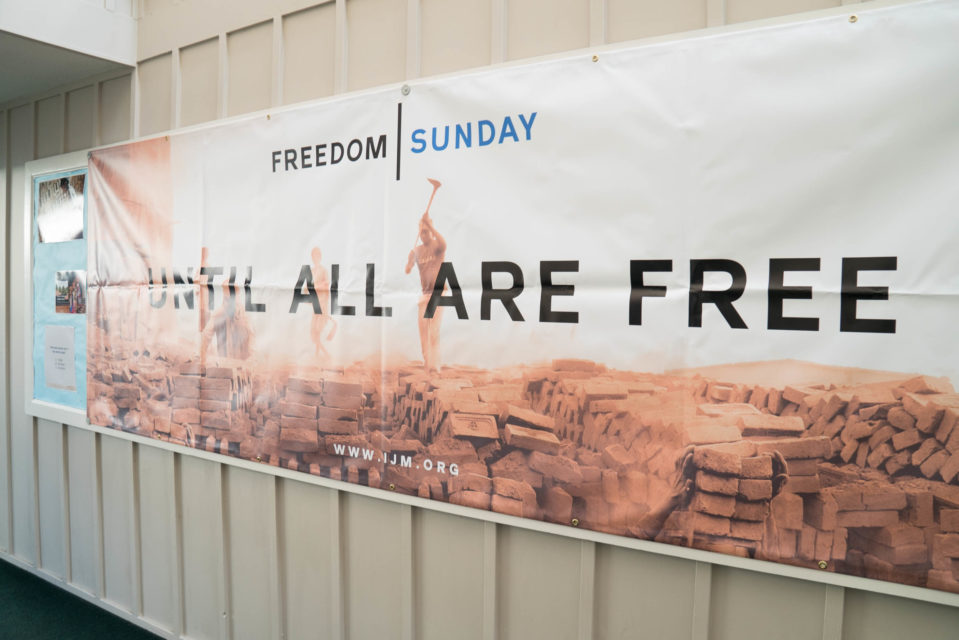 And so much more is possible with the Church—the children of God—leading the way. That’s why we have spent the last three years inviting churches around the world to dedicate one Sunday a year to exposing their congregation to the reality of slavery and taking the first steps to end it. We call it Freedom Sunday.

Take Peninsula Bible Church (PBC) for example—a church in California, situated a few miles from the Google and Apple headquarters. When Pastor Brian first heard about IJM and our work through Grace Kvamme, a member of his congregation, he became interested in ways PBC could engage God’s heart for the poor and oppressed.

Grace and Pastor Brian wanted the church to really dig into the “full gospel”, and over time, a beautiful relationship formed between PBC and IJM.

They began the relationship through exposure—hosting film screenings and Freedom Sunday, and attending other opportunities that IJM provided to awaken and expose the church to the reality of slavery. And through this they began to be exposed to the stories of survivors rescued—survivors like Cassie*, Liana*, Gideon and countless others. What began for many as historical knowledge moved to present compassion, and finally personal connection and action.

“The early Church cared for the poor, stayed [in Rome] to care for diseased people—this is a chance for us to be known for [that type of love].” – Pastor Brian Morgan 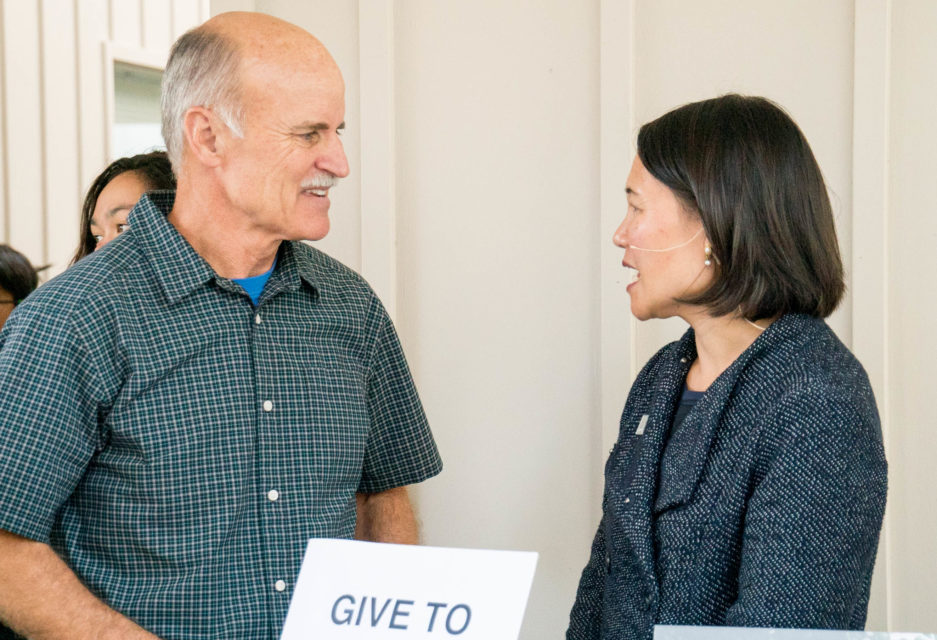 As they continued to discern the direction God was taking them, they decided to build an intentional partnership with an IJM field office in South Asia. This opened up a relationship with the senior field staff in the region—providing an ongoing relationship through Skype calls during worship services and even inviting the leader to come preach last year. It’s more than a partnership, it’s a friendship.

This partnership gave PBC an intimate view of God’s miraculous work in the lives of sex trafficking survivors and gave them the opportunity to pray for very specific needs of staff, survivors and cases against traffickers. They see how their prayers and gifts are transforming lives.

Grace says, “The stories are hard and difficult, but there is so much hope. Not only are people being rescued, but whole societies are being changed—you get to be a part of transforming red-light districts.”

The First Step in the Fight Against Slavery

This dark part of our world must be exposed to the light. Real stories of real survivors must be told so that God’s people can respond to the need and eradicate it once and for all.

Churches like PBC, pastors like Brian Morgan and congregants like Grace fill me with great hope. To end slavery in our lifetime, hundreds of thousands of PBCs will need to rise up. Millions of Pastor Brians and Graces will be required to lead the way.

God’s people have changed the world before. We’re confident that if they are exposed to the problem and given an opportunity to act, they’ll do it again.

When reflecting on the partnership with PBC and other churches, our senior leader in South Asia says this; “In a beautiful world that has been marred by sin, your church is on the other side, saying, ‘enough is enough—we will restore what has broken. We will do justice.’”

I invite you to join us. To find out more about Freedom Sunday, sign up here.