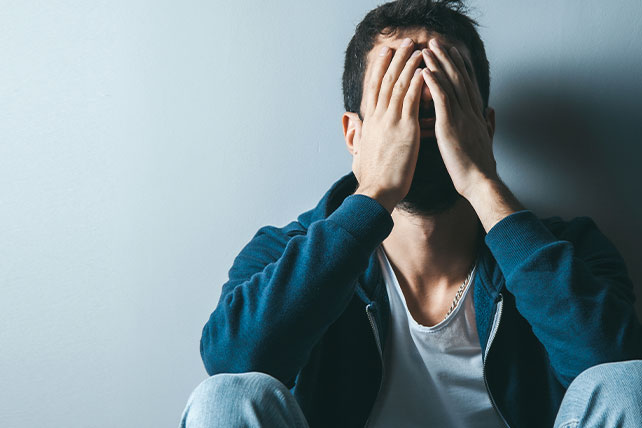 What brings a good man down? Let’s consider King Solomon as an example.

We tend to think of Solomon as the man who, though he was the wisest man in the world, fell because he was some kind of a sex addict. I mean, if you have 1,000 wives, that is some serious libido. How do you even keep up with the anniversaries and birthdays?

But there is a lot more going on in Solomon’s demise than just a lust for exotic women. In ancient times kings would marry daughters of other kings as a way of guaranteeing peace between the two countries. If you marry the daughter of a king, he is much less likely to attack you. In many monarchies, similar marriage arrangements are still practiced today.

What Brings a Good Man Down?

In 1 Kings 11:3, the writer clarifies that 700 of Solomon’s 1,000 wives were “princesses,” meaning those unions were probably more about security than sex.

Making political alliances isn’t inherently evil. The problem for Solomon was that God had explicitly told Israel in Deuteronomy 17 not to do this. They didn’t need treaties with other nations for security, because God was their security.

But Solomon wasn’t satisfied with just the promises of God. He needed a little extra insurance—and that desire for security apart from God would turn out to be his downfall.

Solomon gradually grew attached to these women, and they turned his heart away from God. For most of his wives, Solomon built them their own palace, where they would build an altar to whatever god they had worshipped in their home country. Over time Solomon went from merely tolerating the existence of these idols to actively participating in the worship of them.

One of my favorite country music groups, Alabama, used to have a song that said, “You can’t bring a good man down.” Solomon’s life begs to differ, highlighting five ways you can bring a good man—even the world’s wisest man—down.

(By the way: Don’t let my phrasing throw you. These points are as applicable to women as they are to men.)

1. Disbelief in God’s promises brings a good man down.

Like I said, Solomon’s first problem was not out-of-control sexual lust. His problem was that he didn’t trust God enough to fully rely on him. His core problem was unbelief.

That’s almost always the case with our sin. Peel back the layers of any sin, and you will find the seed of unbelief.

2. Disregard of God’s Word brings a good man down.

Solomon disobeyed God’s command not to multiply wives, but there are a number of other biblical commands that Solomon ignored, too.