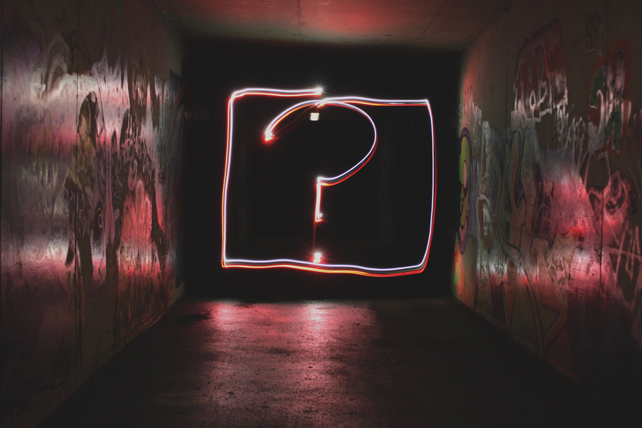 Since at least the 1946 publication of Victor Frankl’s bestseller, Man’s Search for Meaning, lack of purpose in life has been a well-discussed problem.

But discussing the problem hasn’t made it go away. In fact, it may be getting worse.
Four out of 10 Americans say they don’t have a strong sense of purpose or meaning in their lives, according to a study by the U.S. Centers for Disease Control & Prevention.

And this seems to be a problem in many other countries too—at least judging by the high or rising suicide rates in many developed countries around the world.

I believe people are struggling even more today to find meaning because greater prosperity and more personalized technology have pushed the key philosophies of modern western culture—materialism and individualism—to crowd out other options—like Christianity.

I’m particularly interested in how a lack of purpose in life generally is leading many people—especially Millennials—to look for purpose in their work and in their consumption.

Most people know that money can’t buy happiness. But the culture around them gives them few other options. It gives no basis for prizing the non-material over the material.

In the corporate environment in which I now work, the constant ethos is that promotions are always good. And those who have received more promotions are to be emulated, even envied. Almost no one ever says, “Are you REALLY sure the extra power and money that come with this new job are the best things for you and your family? Will you have the same time for your neighbors and friends if you accept this new job with higher pay?” And literally no one ever asks, even of themselves, “Will you still have enough time to pray and grow spiritually if you take this job?”

Our culture regards the material as more significant—in fact, more real—than the non-material. This isn’t a new development. Richard Weaver, in his famous book Ideas Have Consequences, traced the problem to a philosophical shift in the late Middle Ages, which declared that words and ideas actually did not correspond to universal, transcendent truths. Over the following centuries, this shift produced a series of other changes that gradually replaced a cultural belief in universals—like God and goodness, beauty and truth, soul and spirit—to a cultural belief only in material things than can be perceived by the senses.

Weaver wrote, “Man created in the divine image, the protagonist of a great drama in which his soul was at stake, was replaced by man the wealth-seeking and -consuming animal.”

With more people today having their material needs met and exceeded, more and more people are looking for purpose. This is especially true among Millennials, who were born into the increasingly prosperous times of the 1980s and 1990s. These younger adults are wiser than earlier generations to the emptiness of material things. Perhaps they saw their parents achieve financial success and yet fail at marriage, climb the ladder at work yet be unavailable for them at home.

Yet Millennials are still looking for purpose in decidedly material places—the jobs they work and the brands they buy.

According to a December 2017 survey published by American Express, three out of every four Millennials in four developed countries—the U.S., U.K., Germany and France—said successful companies in the future will have “a genuine purpose that resonates with people.” The U.S. was highest, with four out of five Millennials saying they want purpose at their employer.