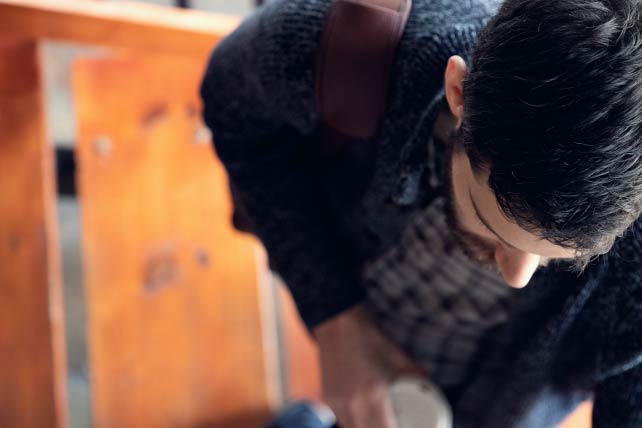 Over the past few weeks, we have been answering the top 10 questions we get about disciplemaking. This week we cover questions 3 and 4:

Question 4: Why are groups three to five versus larger or one-on-one?

(This question’s content can be found, along with much more on this issue, in Robby Gallaty’s book Rediscovering Discipleship)

First, in a one-on-one discipleship strategy, there is a mindset of leader/student that is difficult to reproduce. Meaning, everything the leader does it what I must strive to do. The challenge with this is that not everyone is a strong leader. But every believer has been called to make disciples. What happens in a one-on-one discipleship relationship when the student does not feel they can “ascend” to the level of the teacher? The one being discipled may never feel they can be who the leader is in their efforts. But in a group of three to five the peer encouragement and pressure can help diffuse the nonsense that some people can’t make disciples. For example, in a one-on-one group, the student may not feel like they can memorize a passage. That’s something the leader does. But in a group of three to five, the other members of the group accomplishing the memorization provide a simple and effective encouragement to every other member. “If Joe can do this, so can I.” “If Joan can do this, I can do it too!”

Second, a one-on-one group can feel like a ping pong match.

“Good. How was the reading?”

A group of three to five helps to create a conversation and lessens the pressure of the need to manufacture discussion.

Third, a one-on-one group tends to become a counseling session. Rather than sharpening one another, the mentee is often being counseled by the mentor. While this is helpful, it really isn’t discipleship. In a group of three to five, the conversations do help those who need it, but the focus is on more than just one person’s needs.

Fourth, a group of three to five has built-in accountability. Rather than a mentor constantly trying to hold a mentee accountable, the group creates cross accountability by virtue of the others just being in the group. Knowing that other mentees will be showing up and doing the readings etc., the members of the group (including the leader) feel the accountability to get it done. While one-on-one groups can have accountability, it’s much easier for one person to tell a leader, “Sorry, I just didn’t get to it this week.”

Sixth, Jesus discipled in groups. He discipled the 12 and he specifically spent time with Peter, James and John. We see Jesus very rarely, if at all, discipling in a one-on-one relationship. And even in those moments, it is out of the group not in place of it.

Question 3: What do you do in a D-group?

(Tim LaFleur answered a similar question several months ago about the first D-group meeting and second D-group meeting. You can read more of that post here.)

Knowing what to do in a discipleship group meeting is a very common question we get. The basic outline below does not cover all the facets of the group, but it does highlight the general model you can use each week for your discipleship groups.