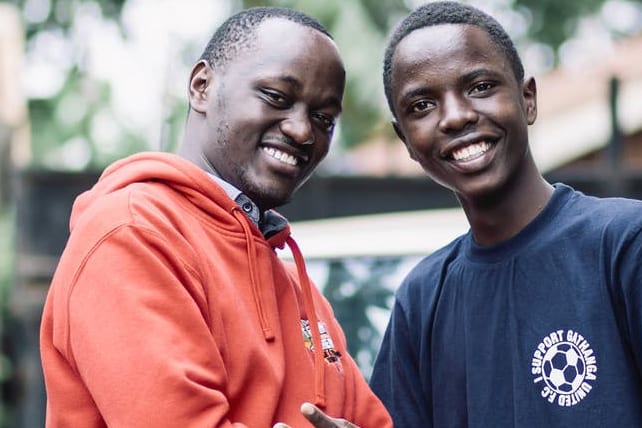 I grew up in historically black churches. I planted an inner-city church. Now I pastor a multiethnic congregation, and I work with planters in urban communities around the world. But I only know one black person in all the missionaries serving on the field today.

Granted, my knowledge is limited. But according to recent estimates, African Americans comprise as few as 1 percent of international missionaries. As recently as 2013, in fact, only 27 of the SBC’s 4,900 missionaries were black. Similar stats about the rarity of missionaries from other demographics are easy to find as well.

At this point, the conversation often veers toward discussing the historic causes of this disparity. Those are important, but I’m more interested in a way forward. For the glory of God and the sake of the nations, we need to send more missionaries of color to the world. I want to show you why we must and how we can. But first, we have to talk about who “we” is.

I’m arguing that we need to send more missionaries of color to the world. But many missionaries serving today are already sent from non-white, non-Western countries (places like Brazil, South Korea, and India). This is a wonderful reality reflecting the rapid rise of a global Christianity.

“For the glory of God and the sake of the nations, we need to send more missionaries of color to the world.”

Nevertheless, if you look at the top ten missionary-sending countries (p. 76), the US still sends more than the next seven countries combined. We should rejoice in the increasing missionary work of believers from other nations. But we also need to recognize that America still has a disproportionate effect on world missions—for good or for bad.

So when I say we need to send more missionaries of color to the world, I’m talking about North American sending agencies. I’m talking about the International Mission Board along with other likeminded organizations in America that we love and pray for.

Why Missions Can’t Be Colorblind

But we don’t live in a perfect world. Instead, we live in a world where fallen hearts are hunting for any excuse to reject the gospel. This is why Paul had his Timothy (who was biracial) circumcised for the sake of the Jews (Acts 16:1–3). There wasn’t anything wrong with Timothy; nevertheless, something about Timothy was still a stumbling block for his audience.

Like it or not, the legacy of European colonialism is a major stumbling block for many of the millions who suffer in places ravaged by centuries of light-skinned oppression. In contexts like these, black and brown missionaries simply bring credibility that’s hard to obtain otherwise. On top of this, diverse missionary teams avoid sending the wrong message about our faith. Simply by virtue of being different, they help the world see that the gospel is for all types of people.

How to Address the Current Lack of Color

We can do one of two things at this point. We can ignore the racial realities of global history and the stumbling blocks that exist because of them. Or we can take the recognized need to be contextually sensitive and expand it to include being color conscious. It’s not much of a choice.

Being color conscious will not usher in the return of McGavran’s homogenous unit principle with its strategic avoidance of diversity in our churches. On the contrary, we are seeking to increase the diversity of our missionary teams. Yet the goal is not decreasing the number of white missionaries on the field. Rather, the goal is a Psalm 67 consummation of a Matthew 28 commission. We want all ethnē (nations) going to all ethnē.

In view of all this, when I look at the current lack of color on missionary teams I see three ways to address the situation.

1. Reclaim our colorful heritage of missions.

Or consider the story of Lott Cary, who purchased his freedom from slavery, learned to read, pursued theological training, and became America’s first missionary to Africa. And then there’s Betsey Stockton, the first single woman to serve as a missionary in the modern era. (She did so long before Lottie Moon would become famous for doing the same, even while remaining relatively unknown herself.)

“You can’t tell the story of American missions without missionaries of color.”

Simply put, you can’t tell the story of American missions without missionaries of color. Reclaiming our colorful heritage, therefore, is a vital step toward empowering many minorities to resume their legacy of global missions today.

2. Raise awareness of the opportunity for missionaries.

I recently read that the IMB has more fully funded open missionary positions than we have candidates in the missionary pipeline. I thought to myself, “So you’re telling me that there are open slots waiting to be filled by qualified candidates, and these openings are fully funded positions? Seems to me that we ought to be shouting this from the rooftops!”

Yet I spoke with a few of my friends who pastor majority black congregations, and none of them had heard about these fully funded vacancies. Now, I’m not saying that it’s anybody’s job to tell everybody about this. At the same time, it may be true that “Ye have not because ye ask not,” (James 4:2 KJV). If cash-strapped churches in the hood knew about these openings, there would be a lot more candidates of color in the pipeline. Don’t underestimate the importance of raising awareness about the opportunity to fill a need.

3. Reach out to diverse churches, networks, and initiatives.

Building off the previous point, if you’re going to raise awareness you need to know who to talk with. Organizations like the National African American Fellowship (NAAF) represent more than four thousand predominately black congregations in the SBC. (This figure represents a more than 275 percent increase in black churches affiliating with the SBC since 2001!) The SBC’s official journal (SBC Life) also has pages dedicated to highlighting the work of Black Churches, Hispanic Churches, Asian Churches, and Multiethnic Churches in the convention.

Meanwhile, seminaries like Southeastern have started the Kingdom Diversity Initiative, which strives to “raise historically underrepresented voices on campus,” to “build and strengthen partnerships with diverse churches, church networks, and educational institutions,” and to “help foster diversity within the church and the broader denominational environment.”

Organizations like these are great places to start vital conversations if we are serious about finding, equipping, and sending missionaries of color to the world. For if the Great Commission is truly about “making disciples who make disciples,” then we can’t just go to the nations. We need to send all nations to the nations too.