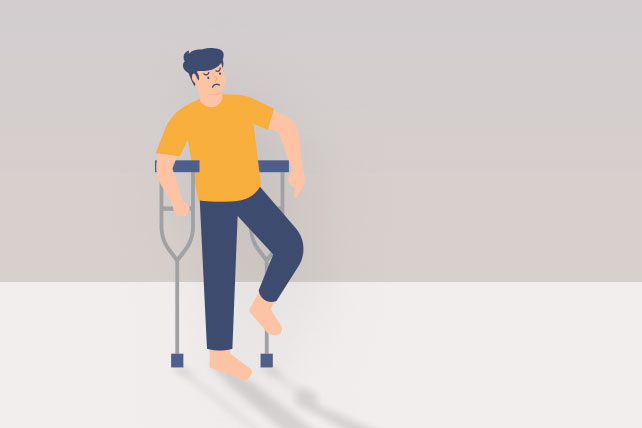 Wrestling With God, Acquiring a Limp

I’ve been walking with a “spiritual limp” for some time now. I have been the mountain top in the past, spoken face to face to God and been enveloped by the cloud of Christ’s presence. But I have also spent many long nights in the Valley. I have crawled into the cave with Elijah many times and waited for God to pass by or whisper in that still small voice (1 Kings 19:9-18) only to hear nothing but my own deafening doubts and insecurities bouncing off the walls of my mind.

Such struggles could sink my ministry and drive me to selling shoes or waiting on tables, but I have very good reason to think God wants to use my honesty about my own struggles to help others face their own. I’m writing letters to my church this year as part of my thesis project at Northern Seminary. I am hoping they will be a small encouragement to others as they continue walking with God through their own hills and valleys in these uncertain times.

The strange truth is: God can’t use you unless you’re broken. Yes, it is often true that “hurt people hurt other people,” but it’s equally true that “graced people grace other people” and “healed people heal other people.”

One of the most broken and flawed men in the Bible is Jacob. In a strange story found in Genesis 32:24-28 we find Jacob alone in a desert where he ends up wrestling with some shadowy figure all night long until daybreak. Here’s the scene:

“So Jacob was left alone. Then a man wrestled with him until daybreak. When the man saw that he could not defeat Jacob, he struck the socket of his hip so the socket of Jacob’s hip was dislocated while he wrestled with him. Then the man said, “Let me go, for the dawn is breaking.” “I will not let you go,” Jacob replied,“unless you bless me.” The man asked him,“What is your name?”He answered, “Jacob.” “No longer will your name be Jacob,” the man told him,“but Israel, because you have wrestled with God and with men and have prevailed” (Gen. 32:24-28).

After this marathon struggle with God, Jacob was renamed “Israel” (meaning “he who wrestles with God”). O, the audacity of Jacob to wrestle with God, to resist God, to get in God’s face and say defiantly, “I will not let you go until you bless me as you promised.” After such bold behavior, God didn’t put Jacob in his place with a slap on the wrist as we might expect. In fact, He rewarded his feisty persistence by giving him a new name—a new identity!—as one who has “wrestled with God…and prevailed.”

What is the sign that one has been touched and blessed by an encounter with the Living God? They get a big house, much wealth, and an easy, carefree life? Nope! The tell tale sign that someone has brushed up against God’s awesome presence is often this: They walk with a spiritual limp.

They have scars from all-night shouting matches with God. They have arm wrestled with God in the silence of God’s apparent absence. They have grabbed onto God and refused to let go even when God’s presence sometimes seems to bring more pain than comfort. They know that, contrary to popular belief, Jesus was right on when he said, “Blessed are those who mourn; these are the ones who will be comforted.” (I dare say the opposite is also true: Sad are those who refuse to mourn and deal with the inner pain, for they keep God’s comfort at arm’s length.)

I’m afraid many of us mistakenly think God wants timid, polite followers who aim to please and appease God; people who walk on eggshells around Him, trying to keep our voices down, act properly and keep our fears, doubts, disappointments and frustrations to ourselves. We think wrestling with God is a sign of spiritual weakness and immaturity.

Yet, I think God wants feisty followers who aren’t afraid to “wrestle” with Him and wrestle out loud with our faith and doubts. This is the kind of faith we see displayed in the Psalms as David lets his praises and frustrations known to God.

I’m afraid we often prefer a quaint, polite faith that keeps the wild and unpredictable God at a distance. We put Him in a box, put a lid on, and keep Him on a shelf at our disposal. I am worried we’re living in a day of sanitized and safe Christianity in America, and we’re missing out on the true adventure of faith-stretching obedience that calls us out into the night, to wrestle our doubts and fears down to the ground, to encounter God out under the stars.

The Bible invites us to embrace a comfort-crushing brand of faith that leaves us winded and wounded as long-held beliefs and cultural values are at times broadsided by a sermon that reveals the radical and countercultural teachings of Jesus and His Kingdom.

Sadly, many churches in America are promising a gospel that doesn’t come with any suffering or pain. Many pastors are promising people they can have Jesus and the American Dream, and we can place our hopes for the future in both God and the government. But I say the Kingdom belongs to all us ragamuffins who find themselves constantly, actively wrestling with their faith, wrestling with God, and wrestling with what it means to be a follower of the self-sacrificing Savior in a self-indulgent culture.

May we strive to be “God-wrestlers” and “pain-embracers” in a culture of “God-appeasers” and “pain-avoiders.” May pastors and church leaders invite people onto the “mat” to wrestle with God with openness, honesty and courageous vulnerability. Only those who are willing to wrestle with shadows in the night will truly grow in God and find true spiritual freedom on the other side of a polite, dainty, and overly sanitized American Christianity. “No pain, no gain” is just as true in spiritual training as it is in physical training.

I want to be a pastor who leads with a limp and I want to lead a community of people who would rather be uncomfortable in the awesome presence of God than comfortable in our own self-made world where Jesus’ meddling presence is kept safely at a distance.

One of the greatest lessons Christianity teaches is that there is no shame in being broken and needy. True courage and strength is not self-made independence and self-sufficiency, but a willingness to admit our need for God’s help and live in childlike dependence on Him. Just like parenting, after we teach our children how to walk upright, an even more important lesson is teaching them how to fall gracefully into God in order to be picked back up again—now perhaps with their own holy limp.

Let us follow Jacob’s example, grab onto God, don’t let go and let those all night battles with God be an indicator that our faith is alive and God is with us in the darkest desert. Let God give us each a new name and identity: You are Christian, one who wrestles with God.