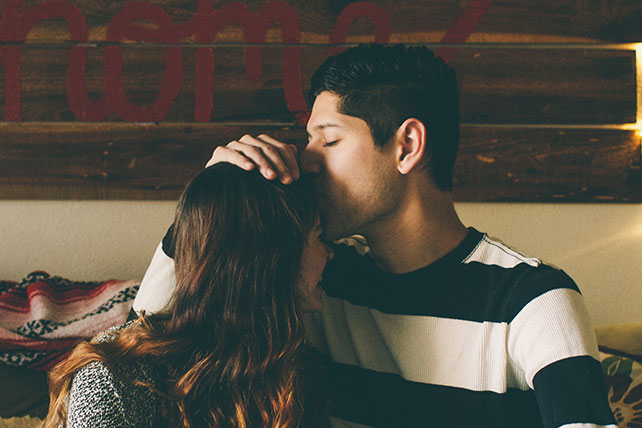 I love how Jesus brought outsiders into his circle. I love how he kept company with people we would least expect. Don’t you?

Jesus was always welcoming pagans and prostitutes and ‘sinners’ into his company…wooing us all to belong with him even before we believed in him. Meanwhile, the Pharisees and scribes muttered, “This man welcomes sinners and eats with them” (Luke 15:1-2). Jesus made no apologies. He was willing to offend the faithful in order to make space for the sinful and the sick. He was willing to be associated with drunks and gluttons, and even labeled as such, in the eyes of the religious establishment. He did not come for the righteous, after all, but the sinners. He did not come for the healthy, but the sick.

In my years of ministry, whenever Christians have assumed a similar posture, something like revival has emerged.

Jesus and sinners: he welcomed and ate with them. He loved and reassured, and refused to condemn.

A woman is caught in the act of adultery. She sins against God. She wrecks a home. She brings shame on herself and to her community. Pious men take her shame public (John 8:1-11).

Lawbreakers must not be tolerated, they thought. An adulteress must be condemned for her behavior, cast out for her infidelities, shamed for her shameful act. She must be made into an example. She must wear the scarlet letter.

This is what happens in groups with a narrow “us.” A coliseum culture forms. The mob organizes. A common enemy is named and the caricature is established –the woman caught in adultery. The sinner. Not a person, but a thing. Not a she, but an it. Not an image-bearer, but an animal. Not a woman, but a whore. Then the pouncing. Then the shame.

But not Jesus. Jesus, left alone with the woman, simply says to her two things:

I do not condemn you.

Now leave your life of sin.

Jesus expands his “us.”

God demonstrates his own love toward us in this: while we were still sinners, Christ died for us. Whenever our heart condemns us, God is greater than our hearts.
(Romans 5:8; 1 John 3:20).

Wherever love dominates the environment, it’s no condemnation first and ethics after that. Wherever Jesus is in charge, love will establish the environment for the morality conversation.

It is not our repentance that leads God to be kind.

It is God’s kindness that leads us to repent.

I have been a minister for over two decades and a Christian for over three, I have never met a person who fell in love with Jesus because a Christian scolded them about their ethics. Have you?

Once we were meeting with some friends for prayer. Just before we began praying, in came a husband and a wife that we had never met. They had been invited by someone else in the group. The man’s name was Michael and he was drunk. And his wife had a desperate somebody-please-help-me-because-I’m-dying-inside look on her face.

As we prayed together, Michael decided to chime in. His was a drunk prayer that went on for over ten minutes. He prayed some of the strangest things. God, protect us from the Klingons. God, I really want a Jolly Rancher right now, will you bring us some Jolly Ranchers? God, please move my bananas to the doghouse.

After the “Amen,” everyone looked at me. What will the pastor do? Thankfully, I didn’t need to do anything because a woman from the group, full of love and wisdom, offered Michael a cookie. As the woman was giving him a cookie and entertaining conversation about Klingons and such, five or six others went over to his wife and begged for insight on how they could help the situation.

This little interaction, this way of responding with love and no condemnation first, became one of the most transformative experiences I have ever witnessed. The kindhearted offer of a cookie led to a different kind of mob – a mob of grace coming around the couple and their two young boys, which led to a month of rehab, which led to sobriety, which led to a restored home and marriage, which led to Michael becoming a follower of Jesus, which led to him later becoming an elder in the church.

Grace comes before ethics. No condemnation comes before the morality discussion. Kindness leads to repentance. Love – The broad embrace of Jesus’ narrow path – creates the most life-giving experiences you’ll ever be part of.

Dictionary.com defines love as “a feeling of warm personal attachment or deep affection.” This resonates with many familiar song lyrics. Tina Turner says love is a second-hand emotion. Chaka Khan says she feels for you, and on the basis of this, she thinks she loves you.

But maybe Pat Benetar was the one whose vision for love was most in line with Jesus. Because Pat Benetar said that love is a battlefield.

Love is hard. It’s a battlefield because love – agape – is the same word Jesus used when he told us to love our enemies and pray for those who persecute us. When love takes on this definition, it becomes much more than a feeling. Words like tenacious, resilient, gutsy, vulnerable and selfless come to mind.

Love is stronger than death, that saves sinners, gives adulteresses hope, that makes drunk men sober, that will redeem the universe – this love is counter-culture. It is other-worldly in its nature because its truest test comes when we don’t feel warm personal attachment or deep affection toward the beloved.

Love that comes from Jesus is a cruciform love. It’s a love that leads us us to broaden our embrace, to move toward the Other, to include the Other in our “us” because Jesus has included us in his. The hard love, the battlefield love, the tenacious and strong love, agape – this is the love that leads Jesus and the people of Jesus to love their persecutors even better than their persecutors love each other.

LOVE did go this far.

How do we become the kind of people – the kind of lovers – who form a grace mob that silences the shame mob, who respond to a drunk husband with cookies and commitment, who run to his hurting wife and petition her for the honor of helping share her burden in some way? How does this kind of love flourish?

There is only one way. Love must be a Person to us before it can become a verb. And the One who is Love Incarnate — Jesus — doesn’t just love us when we’re at our best. He also loves us when we are at our worst. When we are caught in the act. When we fall asleep instead of watching and praying with him. When we deny him three times. When we become his persecutors. When we come into his prayer meetings drunk – drunk on our ambition, our greed, our resentful grudges, our pornographic imaginations, our self-righteousness. Even then, his love for us is secure.

From these places he asks, “Do you like cookies? May I get you one? Will you sit with me? How about rehab…may I accompany you there? May I pay the fee? May I come alongside you toward sobriety, then a new life, then a seat at my Table, then a job in my Kingdom? I went to the battlefield, I loved from the battlefield, to set this love trajectory for your life. Protection from the Klingons. Sweeter than Jolly Ranchers. All you need is nothing. All you need is need.”

All the fitness he requires is to feel your need of him.

It starts with resting and receiving. It starts by stopping.

We can stop trying to love like Jesus and instead, learn what it means to be with him.

Because the more we are with Jesus, the more we will become like him. Love is caught more than it is achieved. Get close to LOVE, and love tends to rub off.

Let’s pursue this path, the love path…shall we?