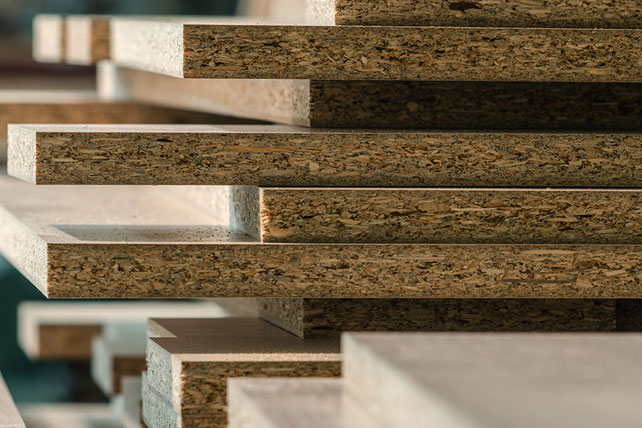 I sometimes put myself through the painful experience of listening to the sermons of pastors outside of my own ecclesiastical circle in order to hear what is being taught in other churches–both in surrounding areas and abroad. More often than not, what I hear is anything but Christian preaching. Rather, what I hear is moral advice, life management coaching, political posturing, calls for social activism, emotionally-driven schmarmy, and a variety of works-righteousness, spiritual pep-rallies cloaked in a veneerer of biblical truth. It’s what I have called “particle board preaching.” Particle board preaching, like particle board furniture, can be made to look attractive from the outside, is affordable, and convinces us that it will get the job done; however, we can be absolutely sure of one thing–it won’t have lasting spiritual benefit for the souls of the people who listen to it (1 Cor. 3:11-15). It is not preaching that lasts. If the pastors who preach in these ways ever get around to mentioning Christ in their messages, it is almost always in a passing reference to Him as the example of one who was devoted to God so that we can be too; or, it is in a closing moment the pastor tells the congregation, “Above everything else, it needs to be about Jesus; it needs to be about Jesus.” That’s it. No cross. No atonement. No propitiation. No resurrection. No ascension. No intercession. No justification. No forgiveness. No reconciliation. No sanctification. No adoption. No glory. In short, no Jesus.

When I hear these sermons, two emotions rage inside of me–the first is anger, the second is sadness. It angers me because I know that this sort of preaching will not get those who are listening to it to heaven. I am angry because the man who is preaching these things is preaching for the wrong reasons–whether it be money, numbers, publicity, etc. I am sad because many of those listening have never heard a faithful exposition on a text of Scripture, in which God’s word is rightly divided and the redeeming glory of Christ is proclaimed. Many of the people listening to these messages have never heard the true Gospel. It saddens me because I know that others have heard solid preaching and, at least, the basic tenets of the Gospel, and have rejected it for what they are currently being fed–a milquetoast, quasi-Christian message that will do them no eternal good. So much what passes for Christian preaching is really nothing less than false teaching.

None of this should surprise us. The Apostle Paul warned Timothy that “the time will come when they will not endure sound doctrine, but according to their own desires, because they have itching ears, they will heap up for themselves teachers; and they will turn their ears away from the truth” (2 Tim. 4:3-4). The Apostle Peter warned those to whom he wrote that “there were also false prophets among the people, even as there will be false teachers among you” (2 Peter 2:1). In fact, the entire New Testament was written, in part, to combat the plethora of theological and moral error by which believers were constantly in danger of being led astray.

So, how can we discern whether or not we are sitting under biblically faithful preaching and teaching? What tools can we give others to help them know whether or not they are listening to solid preaching, preaching that lasts? Here are a few suggestions:

Read the Scriptures Prayerfully and Perseveringly.

Discernment will only ever come from personal, prayerful and persevering time in God’s word. The Holy Spirit commended the Bereans for being “more fair-minded” than those in Thessanonica because, “they received the word [from the Apostle Paul] with all readiness, and searched the Scriptures dailyto find out whether these things were so” (Acts 17:11). The more we know the Scriptures, the more we will desire to sit under the faithful proclamation of the Christian message of Christ crucified and risen.

Listen to the Sermons of Trusted Preachers.

As the people of God, we don’t need preaching that touches a momentary itch–we need preaching that lasts for the eternal well-being of the souls of God’s people. We need to find local churches in which the word of God is faithfully preached. Expositional, gospel-centered, applicatory preaching is vital for giving the people of God something to latch onto with their minds and something that touches to the inner recesses of their hearts. We need to be under the influence of the ministry of the word to such an extent that we will be able to discern error, grow in grace, and stand firm when the evil one comes in like a flood. May God give His people a desire to find such churches and such faithful preachers of the word.

This article about preaching that lasts originally appeared here, and is used by permission.