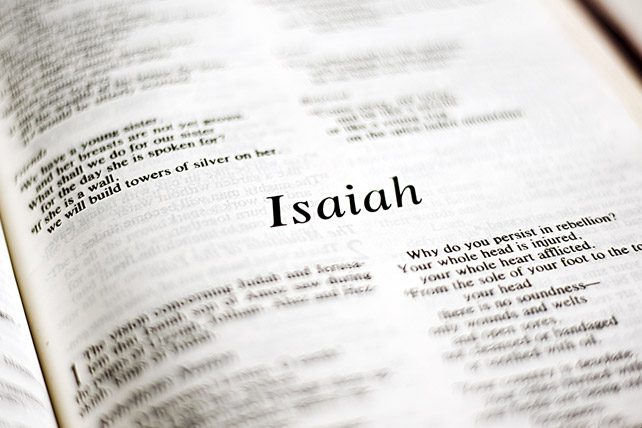 As it is written in Isaiah the prophet…

Behold, I send my messengers before your face, who will prepare your way…

He then proceeds to actually quote Isaiah:

the voice of one crying in the wilderness: Prepare the way of the Lord, make his paths straight…

Why does Mark ignore Malachi and give all the credit to Isaiah? Can we really claim an inerrant Bible if we’ve got a gospel writer misattributing a source? That’s basic level scholarship. As I set about answering these questions we will also learn a little about textual variants.

Some of my readers will grab their trusted KJV to check these verses and you won’t find “Isaiah the prophet” It will simply read “As it is written in the prophets…” No problem, then. Some may even go so far as to argue that this is part of the modern translations—they bring more confusion than help. The only problem is that it’s quite likely that “Isaiah the prophet” is the original. How do we know this?

Have you ever heard the phrase “textual variant”? It’s what happens when the many biblical manuscripts we possess conflict with one another. In this instance there are some manuscripts which read “as it is written in the prophets” and others have “as it is written in Isaiah the prophet.” Only one of these (or I suppose neither is a possibility) is original. What is inspired is what Mark actually wrote. So how can we figure that out. At times it is difficult, but the general rule of thumb is that “the reading that best explains the origin of the other readings is probably original.”

Those who have given their lives to figuring these things out have given us five specific rules (or maybe strong suggestions—because sometimes we break those rules):

There are also rules for weighing external evidence. We typically prefer the older manuscripts, the ones that have the most widely separated geographical areas, and the greater number of texts types which support that reading. Scholars differ on which text types to prefer, but the basic rules still apply here.