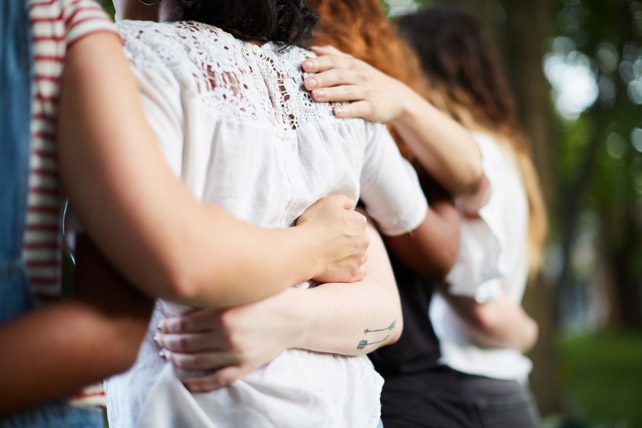 With the overturning of Roe v. Wade, I have noticed numerous professing Christians posting things like, “Now the church needs to start caring for all of life for those who get pregnant,” or “The church needs to do more than simply denounce the practice of abortion.”

This is not to say that the church doesn’t have to collectively come alongside a woman who gets pregnant out of wedlock. However, pastors and congregants alike may denounce the wicked and hellish practice of slaughtering the unborn without having their consciences being unnecessarily bound to adopt or support the unwed in society. There will most certainly be cases in which a young woman does not have the support of parents or the father of her child. However, the ordinary moral responsibility falls on those God-ordained relational structures, rather than on the visible church as the visible church. God places that responsibility on those within the sphere of moral proximity.

The late Dr. R.C. Sproul once recounted a time when he shared a taxi with the great Christian apologist, Francis Schaeffer. At one point, Sproul asked Schaeffer, “’Dr. Schaeffer, what is your biggest concern for the future of the church in America?’ ‘Without hesitation,’ R.C. said, ‘Dr. Schaeffer turned to me and spoke one word: ‘Statism.’ Dr. Sproul concluded,

Schaeffer’s biggest concern at that point in his life was that the citizens of the United States were beginning to invest their country with supreme authority, such that the free nation of America would become one that would be dominated by a philosophy of the supremacy of the state.

As much as statism should concern us, there is an equally destructive danger for believers, namely, churchism. By churchism, I do not mean that one can value Jesus’ church too highly. In fact, most professing believers value both the visible church and invisible church far too little. What I mean by “churchism” is the propensity for many to put an unjust burden on the leadership of a particular visible (i.e., local) church to live the Christian life for those within the church. Just as we ought to reject a nanny state, so we ought to reject a nanny church.

Unto this catholic (i.e., universal) and visible church, Christ has given the ministry, oracles, and ordinances of God, for the gathering and perfecting of the saints, in this life, to the end of the world; and does by His own presence and Spirit, according to His promise, make them effectual thereunto.

Here we find, in summary form, what the Apostle Paul wrote about the Old Covenant Church, Israel, in Romans 9:4: “To them belong the adoption, the glory, the covenants, the giving of the law, the worship, and the promises.” The same principle applies to the New Covenant Church. In Acts 2:42, we read, “they devoted themselves to the apostles’ teaching and the fellowship, to the breaking of bread and the prayers.” The Lord has entrusted the keys of the kingdom (i.e., the ministry of the word, the administration of the sacraments, and the practice of discipline) to the visible church and its God-ordained officers.

God gave Old Testament revelation to the members of Israel and addresses New Testament revelation to particular visible churches throughout the world. For instance, the Apostle Paul wrote letters to the churches in Rome, Corinth, Galatia, Ephesus, Philippi, Colossae, and Thessalonica. In each of them, God addresses particular circumstances in the life of each congregation. All of the “one another” passages, exhortations to obey elders in the Lord, and warnings in the epistles are given to the visible church and are to be carried out, first and foremost, among the members of local churches.