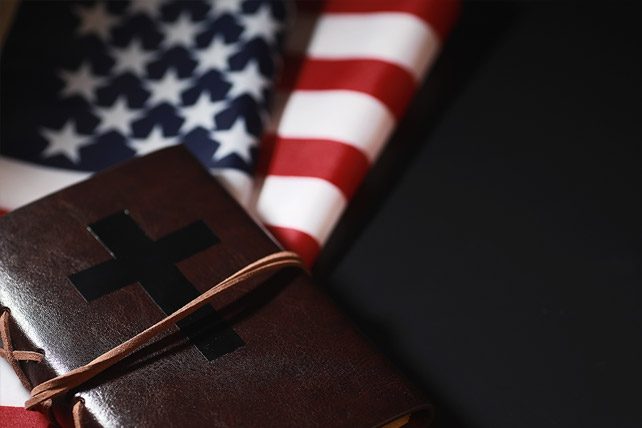 In recent years, there has been a renewed interest in “the Marrow Controversy”—an 18th Century theological debate that occurred in the church of Scotland over the nature of grace and the free offer of the Gospel. The controversy itself was fueled by a 17th Century work that bore the title, “The Marrow of Modern Divinity.” Those who consider the fight against both antinomianism and legalism to be foremost among matters in the Christian life consider this renewed interest in the Marrow Controversy to be a welcomed development.

A number of years ago, Sinclair Ferguson released The Whole Christ, a work that categorically breaks down the essence of the Marrow Controversy. Ferguson’s three lectures on the Marrow Controversy were the catalyst for generating a renewed interest in this subject. Phil Ryken, wrote a doctoral dissertation on the preaching of Thomas Boston—one of the renown Marrow Men, as well as the introduction to a reprint of The Marrow of Modern Divinity with Boston’s Notes. Ferguson, Ryken, Ligon Duncan, Joel Beeke, Tim Keller and William VanDoodewaard are among those who have written or spoken on the significance of the Marrow in our day. While the nuances of the Marrow Controversy are essential for believers to come to grasp, the men involved came to be involved in yet another controversy in Scotland during the 18th Century—namely, the Burgher/Anti-Burgher schism.

Ralph and Ebenezer Erskine—from whom the Associate Reformed Presbyterian Church (ARP) arose and after whom Erskine College and Seminary were named—were among the foremost of the Marrow Men. The Erskine brothers led the way in the 1730’s in seceding from the church of Scotland on account of their concern over doctrinal laxity in the church. After seeking to form their own Presbytery, the “Seceders”—as they came to be known–formed their own denomination, the United Secession Church. Sadly, more divisions were to follow. In 1747, the Secession Church divided into two groups, the Burghers and the Anti-Burghers over “the Burgher Oath.” The church required ministers to state whether or not they believe that the civil authorities (i.e., the Burgesses) were bound to profess “the true religion” (i.e., Protestantism) in order to hold office. The clause in the Burghers (or Burgess) Oath that caused so much consternation for the Anti-Burghers was as follows:

Here I protest before God and your Lordships, that I profess and allow with all of my heart the true religion presently professed within this realm and authorized by the laws thereof; I shall abide thereat, and defend the same, to my life’s end; renouncing the Roman Catholic religion, called Papacy.

The Erskine’s were among those who supported the Burgher oath; however, Ralph Erskine’s son, John, was among the Anti-Burgher faction—those who believed that it violated an individual’s conscience and the right of the state not to be put under compulsion by the church. In what is one of the saddest events among family relations in modern church history, John Erskine stood before his Presbytery and read the pronouncement of excommunication against his father-in-law for accepting the Burgess Oath. When Ralph lay on his deathbed, he called for his son to be reconciled to him. John refused to come and see him. This is the extent to which political differences can divide those who believe the same gospel and the same tenets of the Reformed faith.

Of course, you are most likely asking yourself the question, “How is any of this relevant to those of us living in 21st Century America? After all, we’re citizens of a post-Puritan, postmodern and, in many respects, a post-Christian society—far from the wars fought over Roman Catholic domination of civil governments.” In fact, the better part of the church today cares very little about whether ministers of bygone ages fought in the political realm with such conviction. Yet, a growing number of biblically minded believers in the 21st Century, while functioning in a very different context, often act as though we must pledge allegiance only to those who will promote some form of “Christian nationalism.” Though this is a distinct call from that issued by supporters of the Burgher oath—insomuch as Christian nationalists would support conservative Roman Catholic politicians in their vision of for Christendom’s influence in America—it is still on that trajectory.

When I was in seminary, I debated several theonomic students who insisted on such things as not voting for individuals running for office unless they have the same values down to the minutest policy. In one conversation, a fellow student insisted that he was adamant about not voting for “W,” because Bush supported the implementation of “faith-based initiatives”—a plan which secured federal funds for all religious organizations. Since such initiatives were considered “anti-Christian” my friend would not vote for anyone in the forthcoming election. I have had similar conversations with Christians who insist that they would never vote for a particular candidate because they found out that he voted in a specific way on some highly nuanced economic or foreign affair policy issue with which they disagreed. At the very least, it seemed as though my fellow seminarians could only be satisfied with either Reformed Presbyterian, postmillennial rulers or a radical libertarian who would leave everyone to figure it out on a local government level.