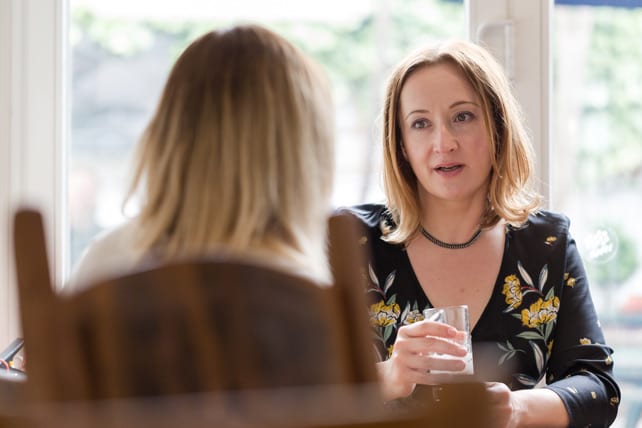 That’s one reason to be very thankful for Exodus 18. God is so kind to have Jethro and Moses give us a clinic on what humble correction looks like on both sides.

At this point in the story, Jethro, Moses’ father-in-law, had escorted Moses’ wife (his daughter) and two boys to rejoin the wild wilderness adventure, and heard firsthand all the amazing things that God had done for Israel through Moses. Jethro burst into praise and proclaimed God’s supremacy (verses 10-11).

Then Jethro observed his son-in-law at work. Moses was clearly an extraordinary prophet, leader and judge. But there was a problem. Moses spent his whole day judging one dispute after another. Pending cases were backing up. Jethro could feel the mounting frustration and draining fatigue.

Here’s where the clinic begins.

When Moses finally took a break, Jethro asked him a clarifying question: “Why do you sit alone, and all the people stand around you from morning till evening?” (verse 14).

Asking this question was wise and kind. Jethro didn’t jump to a conclusion based on his own perspective. He asked first.

This gave Moses a chance to explain what he was doing and why (verses 15-16): The LORD instructed Moses regarding the law, and Moses’ job was to teach the people and help them apply it to their particular situations. That explanation was helpful.

Understanding this, Jethro said to Moses, “What you are doing is not good. You and the people with you will certainly wear yourselves out, for the thing is too heavy for you. You are not able to do it alone” (verses 17-18).

Jethro was frank: “What you are doing is not good.” No beating around the bush. But Jethro was also gracious. Defective systems can undermine the best mission. His goal was to lift a burden, not tear down intentions.

No. Jethro’s goal wasn’t to undermine Moses’ leadership, but to undergird him. He observed a problem, sought to understand it, identified the core weakness and offered a helpful solution (verses 19-23). Jethro aimed to increase the effectiveness of Moses’ time use and the meeting of people’s needs.