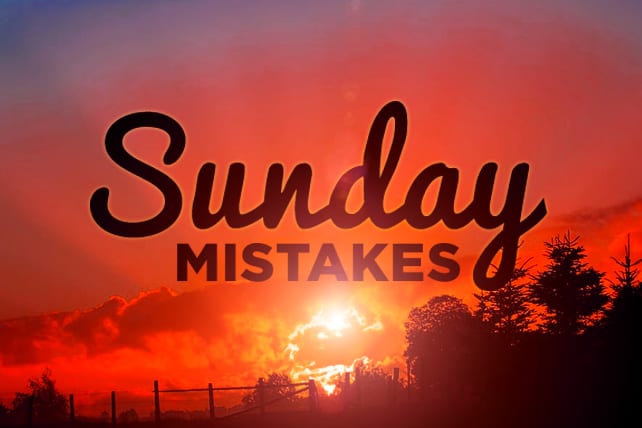 For pastors, Sunday can be the most draining day of the week. Intense people interaction, teaching or preaching, seeing our critics, trying to remember names, and attempting to put our own problems aside to listen to other peoples’ problems add up to a stress-filled day. The very day we want to be at our best requires more from us than any other day. As a result, we can easily make one or more of the five biggest mistakes pastors make on Sundays. Evaluate this list to find out how many you make. I follow the list with some suggestions on how to avoid them.

So what can we do to avoid these Sunday traps? I’m still learning to wisely manage myself on Sundays, but I’ve found that four practices help me avoid those five mistakes.

Sunday is great day because it reminds us that Jesus rose from the dead. Yet, it’s also a draining day. Consider applying one or two of these pointers this Sunday and see if it helps you be your best.

What has helped you be your best on Sundays?