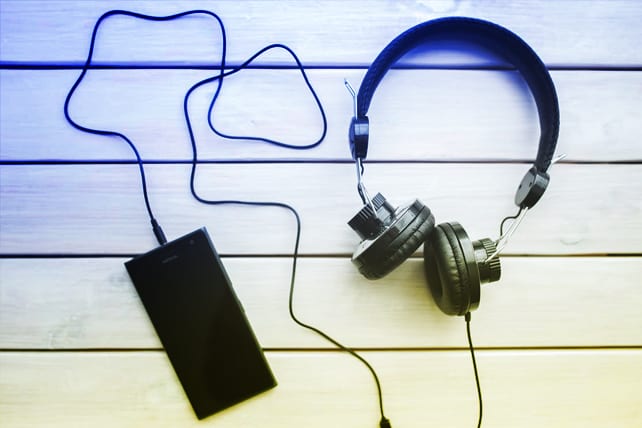 If you’re a pastor or preacher of any kind, you probably feel the pressure more than you ever have. I was having lunch with another conference speaker last week at an event I was speaking at, and we were talking about the pressure of communicating well.

We both commiserated that we felt incredible and unhealthy pressure to make an audience laugh and tell amusing stories because it seems that’s what almost everyone else does these days.

He asked me whether I’ve always felt that pressure and suddenly, for me, the light went on.

Actually, no. I never used to feel that pressure.

My mind went back to 1995 when I first started preaching regularly. I don’t ever remember thinking I needed to be funny or engaging.

I know this sounds altruistic (and it will be hard to understand if you’re under 35 and have only really known a connected world), but I just wanted to do a good job bringing God’s word to life in a relevant way that would help reach more people.

The more I thought about it, the more I wondered whether I ever thought about telling funny stories in the first decade of ministry. I actually don’t think it was ever a conscious thought.

I wondered why, and then it hit me.

There was no Internet. Or at least not the Internet we know today.

Sure, I and about 20 percent of the population had dial-up access, but the Internet in those days was like hunting for food with clubs in the caveman era. There was pretty much no audio, and definitely no video. Only the rich had cell phones, and they were dumb phones, not smart phones. You used them to make phone calls and that was it.

To listen to another speaker or preacher, you had to order the cassette or CD by mail (remember those?) and you had to pay for them. Which means, practically speaking, few ever did.

As a result, there was just you and your congregation. And maybe the churches within a 20-mile radius, which you had to visit to see what was going on. Which means, again, practically speaking few ever did.

All I wanted to do was to speak to our church in a way that was accurate to the Scriptures and in a way that helped them as much as possible.

And I did. We saw incredible growth and life change.

And Then the Internet Happened

My goodness, how things have changed.

We still see growth and life-change at our church, for which I’m exceptionally grateful, and I still preach regularly. But I now feel a pressure I never used to feel when I’m preaching. An unhealthy pressure.

The explosion of the Internet and availability of instant media anytime, anywhere, in any field means we now have the ability to instantly compare ourselves, grade ourselves and measure ourselves against the best communicators and preachers on planet earth. Or forget other preachers—you can find TED talks, comedians or other professional communicators any day, all day.

And not only do we do that, hundreds or thousands of the people we lead have exactly the same access. And many use it.

Which means us locals are being compared against the greatest speakers and leaders on the planet. Not just by ourselves, but by everyone.

And consequently, you and I feel a pressure we never used to.

I’m not claiming any of these are good things.

I’m just saying they’re real things. And we aren’t 100 percent sure how to navigate the tension.

Here are five ways the Internet is reshaping the lives and souls of church leaders and ministry.

1. Good Preaching Brings Less Reward Than It Used To

Before we became so connected, good preaching was adequate to help grow a church.

After all, most people only knew the preaching of any other church they’d attended, whether that’s the church they grew up in or a church in another town, or the church down the road they used to go to.

Even unchurched people had almost no sense of what good preaching was because they had nothing to compare it to.

As long as you were a decent preacher who could bridge the biblical world with our world, you were effective. If you were a terrible communicator, sure your church would pay a price. But if you could hold your own, things were usually OK.

Almost everyone who visits your church has at least checked you out online, and has either heard you or watched you via podcast, your online service or your website.

They’ve also likely heard and watched other preachers, in the same way you check out the menu and reviews of different restaurants before you go there.

Now, because of a host of online options, the expectation is that every pastor will be a good or great communicator.

Which means that if you’re not as good as most, your church pays a significant price. And if you’re just as good as most others, it won’t necessarily have the same positive impact as it used to when there was little to compare it to.

I’m not arguing that this is right or good. I’m just saying it’s probably true.

Yes, Christ is present in all preaching.

And even if your congregation doesn’t actually have the attention span of a goldfish, something’s changed.

2. Instant Comparison Is the New Normal

Because everyone has access to the best communicators on the planet for free on their phones, comparison has skyrocketed.

In the same way millions of people compare their homes and yards to the idealistic standards of HGTV and Pinterest, people now compare the average preacher to the best preachers alive.

If that wasn’t challenging enough, pastors play the same game.

We watch and listen to our favorites and then try to measure up.

Sadly, pastors, you don’t need anyone else to compare you to others. You do it all by yourself.

For sure comparison can have a positive upside. I can study, watch and learn how to become better at what I do.

But that’s not the only impact it has on me or on you.

It leaves us wishing we were someone else, and denying who God created us to be.

And if you’re thinking I wish I could come up with principles as memorably as Andy Stanley, well, you’ve kind of missed the point.

See how deep-seated comparison is?

3. Plagiarism Has Become a Serious Problem

Plagiarism is a rising problem in the church.

First, we have access to more free resources than ever before. And faced with the pressures of a full work week, it’s tempting to take shortcuts. Your idea bank might be empty, but you know the Internet isn’t. Getting a little inspiration or doing research can become outright theft pretty quickly if you don’t put the brakes on.

Second, it’s easy to feel the pressure of wanting to be funny and clear like Andy Stanley, passionate like Craig Groeschel and commanding like Steven Furtick. Why create your own style and material when you can rip off someone else?

Third, too many preachers play the horribly insecure game of asking, “Am I as clever/funny/powerful as _________ is?” And we convince ourselves the best shortcut to being something we probably should never aspire to be is to steal their stuff.

I think the worst part of plagiarism is that it kills your trust in God.

You don’t need to wrestle with the text, wrestle with God, go to the wall with your ideas, or prayerfully try to engage how a message is going to impact your church if you’re stealing someone else’s material. You forfeit the tough joy of creating something different that God could use.

When you plagiarize, the first casualty is your creativity. The second is your soul.

On episode 1 of my leadership podcast, I asked Andy Stanley how he felt when other leaders used his material. I love his answer, which you can listen to here.

4. Insecurity Is on the Rise

All of this has most of us a little insecure.

But the ubiquitous comparison and uncertainty we see today don’t have to drive you into a dark place.

Instead, they can make you stronger.

And you know what grows out of those heartfelt prayers, self-examination and trips to the counselor’s office?

Peace—peace with who God made me to be.

Do I like it every day? No. But I know he loves me. And I know he’s using me however he deems fit.

A few years ago I had the chance to talk to Charles Stanley about some things I was going through in a tough season. He gave me the same advice he’s given millions of others. Fully obey God. And trust God with the outcome.

That’s a great recipe for security.

I need to fully lean into whatever opportunities God has given me, and then trust him for the outcomes.

If you want the outcome more than you want to be obedient, you’ll always be disappointed. And insecure.

5. There’s More Genuine Connection Than Ever Before

Although we need to be aware of the negative, there are also tremendous positives in the midst of it too.

Nobody’s turning the clock back, and your job and my job is to figure out how to thrive in a constantly changing world.

One of many things I’ve loved about the last decade is the unprecedented opportunity we have to connect with each other and support each other.

I have a lot of local friends, but I have a new set of life-giving friendships with leaders who live hundreds or thousands of miles away.

Often when things start to corrode my soul, I’ll text or message a friend miles away who can come alongside for the journey.

I’m also loving the support I’m seeing in the private Facebook Group we’ve set up for leaders going through the Breaking 200 Without Breaking You online course, which is about breaking church growth barriers. Watching church leaders interact in the group in such profound ways is so encouraging.

The reality for leaders today is this: You don’t have to be alone—unless you choose to be.

Any thoughts on what you’re feeling, experiencing or seeing?

While all of this isn’t great, it is the reality we’re navigating.

And it’s not going to slow down any time soon. My iPhone X arrives in a few weeks. And I have a message I’m finishing for this weekend.

(P.S. You can get into the community in Breaking 200 any time you wish. The course is open and accessible here.)