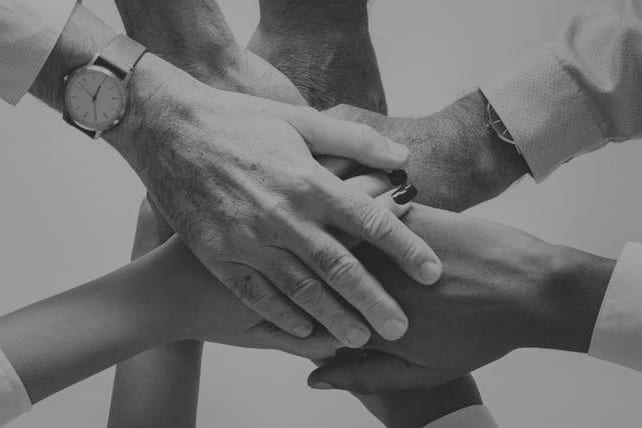 Unity is a wonderful thing, especially in leadership. How I pray that David’s description of unity would be true of the elders in my church and in your church. Unity that’s good and pleasant is the blessing of God!

But this raises an important question. In the interest of unity, should an eldership insist on unanimity before it acts? Wouldn’t it be a wonderful boost of confidence to your congregation to know that the elders only ever speak when they are of one mind?

FIVE REASONS TO NOT INSIST ON UNANIMITY

Let me give you five reasons why I’d discourage the rule of unanimity, and then finish with one brief caveat.

In 2 Corinthians 2:6, the church appears to have exercised church discipline by a “majority.” In Acts 1:26, the apostles determine Judas’ successor by casting lots. Does this settle the matter? Certainly not. However, if there were a strong biblical pattern of unanimity, we should pay it close attention. But no such pattern exists.

I remember in the years before I became a pastor, I worked with one company who insisted on unanimity in their product development decisions. One night over dinner with a group of R&D heads at large companies, I asked them what they thought of that practice. Did requiring unanimity protect the all-important minority viewpoint? Ironically, every one of them disagreed, insisting quite the opposite. When everyone in a group knows unanimity is required, people who disagree with the majority are actually less likely to speak up because they don’t want to get in the way. That can be true especially when the group trusts one another. Insisting on unanimity can lead to group-think.

When I lose a vote on our elder board, I must then turn around and represent our decision to the congregation as my decision as well. Is that my conformist, people-pleasing tendency at work? No, it’s because I trust my fellow elders. On the other hand, insisting on unanimity removes the need for such trust. You need not lean on trust when everyone agrees. And just like a muscle atrophies when it’s not used, trust can decline when it’s not tested. For the health of an eldership and a church, trust is better than unanimity.

4. Unanimity can slow things down.

Elders regularly make decisions that are unclear but important. That’s the nature of the office. Very often, the timeliness in these decisions is important. For example, when a wandering sheep must be warned (1 Thess. 5:14), timeliness can prevent greater harm to that sheep. When a congregation must act to protect against division (Titus 3:10), timeliness can prevent greater harm to the flock. Unless the rule of unanimity has completely stifled dissent (concern #2), it nearly always delays a decision.

Time and time again, I’ve seen our eldership have a tortuous, difficult conversation, make a decision on a thin majority, and then realize with great certainly later on that we’d made the right decision. I ascribe that not to the wisdom of our elders but to God’s love for our church, who ordains that we act with far greater wisdom than we deserve. If my faith was ultimately in the wisdom of our elders, I might place greater weight on getting to agreement. But my faith is less in us as individuals and more in God’s kindness to lead our church through imperfect men. As such, I hold to the decisions of a majority with nearly as much confidence as unanimous ones.

I promised one caveat, and here it is: In my church, we’ve found it useful to insist on unanimity for the nomination of new elders.[1] That practice has all the downsides that I listed above. In fact, in describing those five reasons in favor of majority action, I’ve been mentally referencing problems we’ve faced as an elder board in nominating new elders.

And yet, despite the downsides of insisting on unanimity, there’s a greater downside in this one area of not doing so: asking a man to serve alongside an elder he believes is not biblically qualified. We’ve opted to choose for the lesser of two evils. As our elder board has grown, our definition of “unanimous” has evolved. At our current size—roughly two dozen elders—we allow a nomination to proceed when no elder votes “no” and abstentions amount to less than a quarter of the eldership. We assume any abstention is simply because one elder doesn’t know a man well enough to vote yes.

Like David in Psalm 133, we should celebrate unity in our churches and in our elder boards. And as Paul instructs in Ephesians 4:3, we should be “eager to maintain the unity of the Spirit in the bond of peace.” So we should pray for unity. We should work to preserve the unity God’s Spirit has given us.

Insisting on unanimity, however, can actually damage unity. Instead, let’s value trust more highly than agreement.

[1] We’re a Baptist church, so the role of elders at our church is to nominate new elders; the congregation is responsible for recognizing those men as elders.