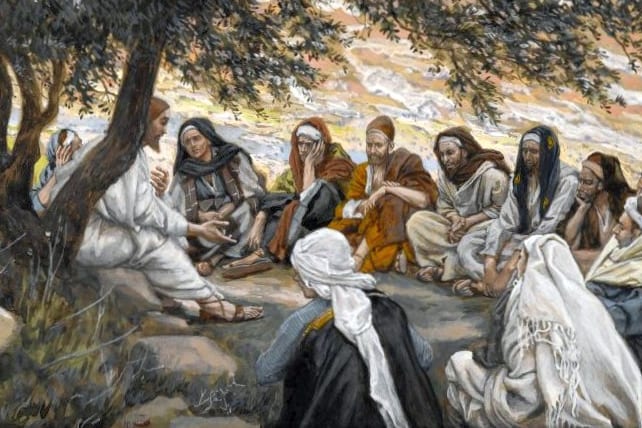 What does historical evidence say?

The willingness of the apostles to suffer and die as martyrs for their faith is one of the  most commonly cited arguments for the resurrection. Why, after all, would any person willingly choose to submit to a painful death for confession of the Christian faith?

Yet some scholars assert there is insufficient evidence to confirm that any of the apostles were martyrs—or that their deaths even count as evidence for the resurrection.

In this post, let’s look at both issues, by first stating the case for the apostles possibly being martyrs, and then by raising two common objections by critics. You can decide if the objections have merit.

Let’s start with a definition of “martyr,” so we’re all on the same page:

~ Making the Case for the Apostles Being Martyrs ~

“The apostles spent between 1.5 to 3 years with Jesus during His public ministry, expecting Him to proclaim His kingdom on earth. Although disillusioned at His untimely death, they became the first witnesses of the risen Jesus and they endured persecution; many subsequently experienced martyrdom, signing their testimony, so to speak, in their own blood. The strength of their conviction, marked by their willingness to die, indicates that they did not fabricate these claims; rather, without exception, they actually believed Jesus to have risen from the dead. While in and of themselves these facts prove neither the truth of the resurrection in particular nor Christianity as a whole, they do demonstrate the apostles’ sincerity of belief, lending credibility to their claims about the veracity of the resurrection, which is fundamental to the case for Christianity.”

“People of course die regularly for values that are false; they do not, however, ordinarily die voluntarily for what they believe is false. Intentional deception by the disciples is thus implausible.”

As Keener says, Christians haven’t been the only martyrs in history, so we won’t pretend they are. But let us also not give a pass to skeptics who say Christians lean too much on martyrdom as being the sign of the inherent truth of Christianity. What’s important here is that the apostles really believed that Jesus had risen from the grave. Why? Because they interacted with him in His risen form. They ate with Him, they talked with Him, they touched His wounds. Basically, He blew their minds wide open to the truth of who He is.

~ Evidence for the Historicity of the Apostles as Martyrs ~

Were the first Christians actually persecuted for their faith? If so, it would provide a helpful setting for evaluating the likelihood of the individual apostles being martyrs.

Even though persecution was sporadic and local, there is evidence that the public proclamation of the faith could be costly. John the Baptist). The first statewide persecution of Christians was under the Roman emperor Nero (AD 64).

Strong historical evidence exists that at least some of the apostles were martyrs. Let’s look at just three apostles:

Peter:
The traditional view is that Peter was crucified in Rome, during the reign of Nero, between AD 64 and 67. The earliest evidence for his martyrdom comes from John 21: 18-19, which was written no later than 30 years after Peter’s death. Other early, consistent and unanimous testimony for Peter’s martyrdom can be found in writings such as Clement of Rome, Ignatius, Dionysius of Corinth and Tertullian.