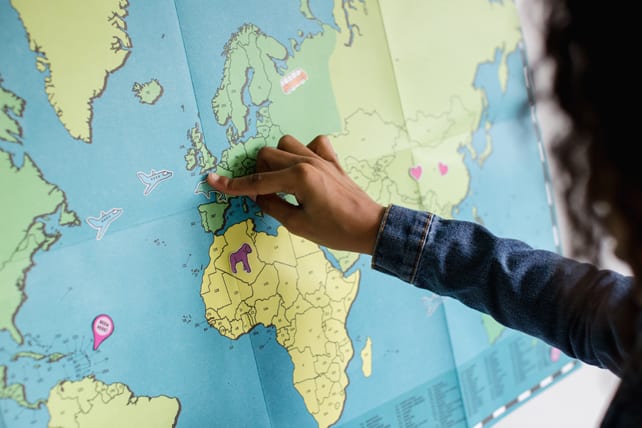 When I was in the eighth grade, I had it all planned out: I would attend West Point Military Academy. I would become a lawyer. Then a senator. Then President of the United States. I wanted to change the world.

When I was a freshman in college, I resisted the Lord calling me to ministry because I was afraid of living on food stamps as a youth pastor for the rest of my life. After a number of friends and mentors (and the Holy Spirit) convicted me of my fear, I recognized the calling like they did and submitted myself to a lifetime of ministry. I had no idea what that would look like, but I knew I wanted to change the world.

But in the last year or so, I think something’s changed.

I don’t want to change the world anymore.

I can’t say for sure if my heart was in the right or wrong place when I used to want to change the world. Sometimes I am sure my motives were mostly good.

But I know that, many times, I wanted to change the world so I would be remembered. So that I would appear in school history textbooks and documentaries you would never watch on your own time but that you love to watch at school.

I wanted to change the world because it was the only way I thought I could achieve significance.

But I don’t want to change the world anymore.

I don’t want to be remembered in history textbooks or documentaries.

I don’t care to have a lasting impact on the world.

It sounds depressing, but I promise it’s not.

Serving as the leader of my local church’s student ministry has made me care more about discipling the middle and high schoolers in my community than getting blog pageviews on this site.

Settling into my role at LifeWay, even as much as it has changed over the years, has made me more interested in equipping others to stand in the spotlight than standing in it myself.

Reaching five years of marriage to my wife, Susie, has made me more interested in learning how to best serve and love her than pursuing opportunities to impress others.

Publishing my first book, a lifelong dream I never expected to accomplish, has made me less interested in ever publishing another one, no matter what “groundbreaking” ideas may come along.

As I have grown into adulthood and settled into a home, a job and a community, I have lost my desire to change the world.

And I think that’s OK.

Whether it be because of recent events or because of a general growing in maturity I’m not sure, but I have come to the conclusion that living a life of ordinary faithfulness is no less noteworthy than a life that fills volumes of biographical books and documentaries.

I don’t want to change the world. I just want to live a life of quiet, ordinary faithfulness. To Christ. To my wife. To my church. To my work.

Don’t get me wrong: Wanting to change the world isn’t bad. Don’t let me stop you.

I guess I’ve just become more concerned with doing everything I can to serve the people in my midst than with impressing people on the Internet or otherwise around the world.

I think it’s because I don’t care to change the world anymore.

I’m thankful for the people I’ve met and have been able to help on here over the years, but I just don’t care to do it as much anymore. Other things have taken priority.

I want to still help and serve people online. But it’s dramatically fallen down my list of priorities the last year or so.

So I apologize that I haven’t posted much on here lately.

But I’m not really that sorry about it.