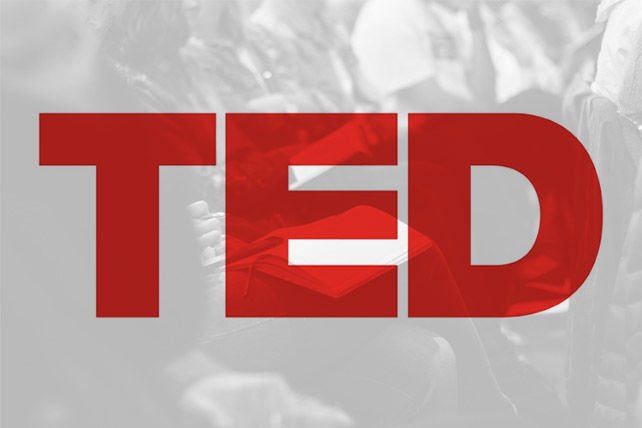 We live in a world full of ideas. With the highway of information technology, we can access information at any given moment of any given day from most places in the world using something as small as a smart phone device. With all of this information, curious minds are being filled on a constant basis with both simple and complex ideas that are being delivered at light speed—often with conflicting world views and philosophies.

The TED Talk has become a very popular information bank—owned by a nonprofit nonpartisan foundation designed to deliver information to people. According to TED, information is built upon the most important thing in the world—ideas. So, how is preaching a sermon different than delivering a TED Talk? TED Talks are approximately 18 minutes in length while sermons are often longer. It’s more than the length of the talk that distinguishes a Christian sermon from a TED Talk.

Giving a TED Talk may not follow a specific cookie cutter pattern, but it does center on the goal of delivering ideas. Often TED Talks center on the opinions of people and charged by emotions. Such opinions are delivered with clarity, precision and a bit of persuasion in order to change people’s understanding of that particular idea at the center of the talk. According to Chris Anderson, “Ideas are the most powerful force shaping human culture.”

While ideas are certainly powerful, we must understand that preaching a sermon is different than merely delivering ideas to an audience. Preaching involves delivering truth (Rom. 1:16). The source of the truth is God’s Word, and preaching is the delivery of God’s truth rather than ideas that originated with the one giving the talk (or another figure from history). The goal of the sermon is to unpack a given text of Scripture and deliver God’s truth to the gathered audience—which in most cases consists of the assembled church.

According to the TED website, they search hard to find the most gifted speakers for their events:

At TED, we search year-round for presenters who will inform and inspire, surprise and delight. Our presenters run the world’s most admired companies and design its best-loved products; they invent world-changing devices and create ground-breaking media. They are trusted voices and convention-breaking mavericks, icons and geniuses.

The reality is, most pastors do not meet those standards. God has often chosen those who are not wise and genius level to deliver the truth of the gospel. Paul wrote the following to the church at Corinth:

The sermon isn’t a carefully crafted talk emerging from the expertise of the speaker. The sermon is a carefully crafted talk that should emerge from God’s Word and has one main goal of delivering the truth of the passage of Scripture to people with great care and precision. Because sermons are truth centered and not idea centered—sermons are driving at something much bigger which is the worship of God.

TED Talks Are Not Designed for Worshippers of God

The talks delivered at a TED event are not designed for the worship of God. They are often designed to give credit to the one delivering the persuasive ideas in the talk itself. Preaching a sermon is far different. The overall goal of a sermon is to point people to God—not the one delivering the sermon. In fact, when people hear a pastor who presents himself as the hero of all of his sermon illustrations and stories, they are often turned off by that type of narcissistic communication.

While TED Talks may not be designed for the speaker to be the focus of the talk as much as the speaker’s idea—sermons are different. The preacher has the goal of making God the focus of the sermon rather than ideas or even truths about God. While preachers deliver the truth, that truth is not generic or disconnected from God. The truth itself points people to God and this is how people worship God while a man stands on a platform each week and delivers a sermon. TED events are designed for people to gather information, but sermons are designed for people to worship. People gather information and ideas during sermons, but something more happens when the one listening begins to praise and glorify God.

In short, we must remember that preaching is worship. Whatever happens during a sermon including the delivery of ideas, truth and much more—the entire event is centered on the goal of worship. In his excellent book Expository Exultation, John Piper writes:

As Paul proclaimed the unsearchable riches of Christ, and announced the good news of great joy, and heralded the reconciling message of the all-authoritative King, he saw that this kind of proclaiming, announcing and heralding could not be discarded when this extraordinary people, under this extraordinary God, revealed in this extraordinary Book, gathered for worship. The riches of glory, the goodness of the news, the weight of the truth, and the authority behind it all did not become less because it was being spoken among this gathered people. If anything, it became more. [1]

When audiences gather for TED events, they listen to different talks from a wide variety of speakers who are delivering ideas from various different backgrounds and philosophies. The idea is to gain knowledge and become a better human. When the church gathers for the sermon, the people listen to the speech coming from God’s Word and the idea is far more than gaining knowledge and using ideas to become a better “you”—it’s to see and savor the glorious triune God who not only created the entire universe but saves guilty sinners.

When true preaching happens it leads to joyful worship. When the church worships God through his Word—it results in changed lives. Each week when the church gathers the people should be anxious to hear Christian preaching rather than an idea dump in form of a talk.