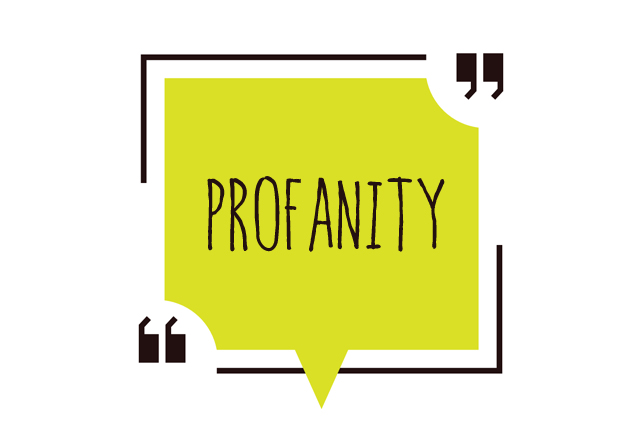 We tend to reason that grumbling is not a big deal because it is not actually doing anything it is simply talk. In contemporary American culture grumbling is often ingrained as a way of life, and many treat it as harmless personal therapy. We tend to rename it as something like venting in order to remove the stigma. Grumbling is so habitual that we often miss the irony of our words when we stand in front of closets full of clothes and murmur that we do not have anything to wear. Or when we stand before refrigerators packed with food and say we don’t have anything to eat.

In the Bible, grumbling is described as corrosive. A grumbling spirit never stays self-contained but begins to infect all aspects of life and thought with an entitlement worldview. Parents who model grumbling or treat it as acceptable when their children grumble are placing their kids in character quicksand. Grumbling and thankfulness cannot coexist. One always vanquishes the other. A grumbler becomes immune to gratitude because no matter what happens circumstances will always bump up against our personal desires.

In Exodus, the Israelites leave Egypt walking between sovereignly walled up water; then, within one month of that event the awe-inspired gratitude is erased. Why? They are thirsty (Ex 15:22-17:7). The irony that they saw the power of a God who can control the Red Sea and now a bit of thirst has them complaining should not be lost on us. Moses had courageously been used by God to confront Pharaoh and lead the nation out of bondage in Egypt but now they get a bit hungry and ask him, “Would that we had died by the hand of the LORD in the land of Egypt, when we sat by the meat pots and ate bread to the full, for you have brought us out into this wilderness to kill this whole assembly with hunger” (Ex 16:3).

God had provided them water and he now provides them bread and quail. They are instructed to gather only as much bread as they need for each day, but not everyone obeys (Ex 16:20). When they get thirsty again and say, “Why did you bring us up out of Egypt, to kill us and our children and our livestock with thirst?” (Ex 17:3). You get the point. Grumbling vanquishes awe-inspired gratitude. Moses rightly asserts, “Your grumbling is not against us but against the LORD” (Ex 16:8). The same is still true. Parents who grumble and permit their children to grumble are catechizing them in discontent with the Lord.

In the New Testament, John 6:25-59, Jesus asserts himself as the “bread of life” after his miraculous feeding of the 5,000 (John 6:1-15). Jesus, like Moses, provides bread and meat for the people. Jesus tells them that they are to believe in him (John 6:29). Ironically, the people who just saw an amazing sign say they require a sign to believe. Jesus said, “I am the bread of life; whoever comes to me shall not hunger, and whoever believes in me shall never thirst (John 6:35). How do they respond? “So the Jews grumbled about him” (John 6:41, see also, 43, 61). The Greek word for “grumble” is “gonguzō,” which actually sounds like murmuring.

Paul tells the church at Corinth not to grumble as Israel did in the wilderness (1 Cor. 10:5-11). He says, “These things happened to them as an example, but they were written down for our instruction, on whom the end of the ages has come” (1 Cor 10:11). James admonishes his readers not to “grumble” against each other’ (James 5:9). Likewise, Peter tells his readers to “show hospitality to one another without grumbling” (1 Pet 4:9). In Philippians, Paul exhorts the church to have the mind of Christ and reflect his self-sacrificial example on display in his incarnation and crucifixion (Phil 2:5-11). Then, one of the first applications of how to do so is, “Do all things without grumbling or disputing” (Phil 2:14).

There seems to be a vast discrepancy between the way most of us think about grumbling and how the Bible speaks of it. We are wrong, the Bible is right. Parents often fixate on grades, success and achievement in the lives of their children. However important these things are, they are far less significant than whether or not our children become grumblers with an entitlement worldview. To profane is to treat that which is holy as common. In Christ, our very lives are holy and our words are sacred. That reality is why grumbling in the Bible is profanity.

Grumbling is doing something, something profane and corrosive. Grumbling vanquishes thankfulness and makes us insensibly immune to awe. In other words, when we grumble, we are using our words to preach hellish sermons, not holy ones—sermons for which Satan would gladly say, “Amen.” May we see grumbling as profanity against God, and correct it in our lives and in the lives of our children.