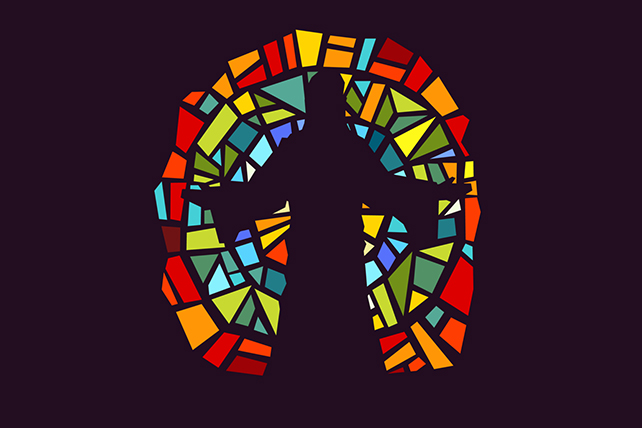 Sometimes I feel like an anomaly. I was born at the tip of the Millennial generation and raised in broad evangelicalism. That puts me into a demographic that has statistically been defined by its disillusionment with organized religion, its discontent with an orthodoxy that lacks orthopraxy, its distrust of objective authority, and its doubtfulness of certainty. If you pair my generational identity with the experiences and influences that nurtured me, one might expect me to have been swept away with the current of those who have disengaged from the Christian faith. Yet, at almost 36 years old I find myself part of a statistical minority that is committed to historic Protestantism and theological Presbyterianism.

The disparity has often intrigued me as I think about the motivations and reasons that have driven people (a lot like myself) from the Christian faith. If you scan the statistical analyses of the Millennial generation and the practical observations of its interpreters, a recurring theme is that people my age don’t think the church is relevant. Now, I know there’s a degree of irony in that suggestion. After all, if breaking headlines and Twitter trends are any indication of what my generation finds relevant, it’s a sad reality that Lady Gaga and Christian Carino’s breakup should apparently affect my Tuesday morning.

But, unlike many of my peers, why do I believe the church is relevant? I’m not convinced an answer to that question requires the church to reinvent itself with each generation, or adopt means and methods that are culturally fashionable, or look for innovative solutions. I get the temptation! But it seems to me the church keeps from being irrelevant by being the church. The church maintains relevance when we live according to the identity that Jesus has given us and is summarized so briefly in that ancient formula: “[I believe] in one holy catholic and apostolic Church.”

The relevance of the church depends on its holiness. As the people of God the church has been called out of this world and made separate from it (1 Peter 2:9). Quite literally, that’s what the word “church” means—called out. The separation of the church is for the purpose of fellowship with God. Because God is holy, those who fellowship with him must be holy too (1 Peter 1:16 and 1 Peter 2:9). But the church’s holiness isn’t of itself. Rather, it’s a work of God’s grace as the church is united with Jesus Christ and purified by his blood through the Holy Spirit, and so lives by the Holy Spirit in being distinct, consecrated and empowered by His presence and activity (Ephesians 2:21-22).

The relevance of the church depends on its catholicity. To be clear that is little “c” catholic whose original meaning was “universal.” The catholicity of the church is found in the universal scope of the gospel’s proclamation to every creature under heaven. That gospel of the life, death and resurrection of Jesus Christ—the Word of God by whom all things visible and invisible were made (Colossians 1:16)—knows no boundaries in time or place. So the church, which is the herald of that gospel, isn’t limited by ethnic, political, gender, socioeconomic, cultural or geographical distinctions. Rather, it embraces and encompasses a people across generations from every tribe, language and nation (Revelation 7:9-10).

The relevance of the church depends on its apostolicity. As the Father sent his Son so the Son sent his Apostles (John 20:21). He breathed his Spirit upon them and sent them out as his inspired witnesses (Acts 1:8) through whom others would come to believe in him (John 17:20). Thus, Jesus—the chief cornerstone—laid the foundation of the church upon the Apostles whose witness is proclaimed and handed down in the Scriptures (Ephesians 2:20). Therefore, the church is to be faithfully committed to that Apostolic foundation as the authoritative rule for faith and life, and only in relation to that foundation does the church stand as the pillar and buttress of the truth (1 Timothy 3:15).

The holiness, catholicity and apostolicity of the church are essential attributes to what the church is. And when we live below that identity by a minimization or absence of one or more of these characteristics we trivialize ourselves into irrelevance. That’s because it’s this identity that makes the church unique. It’s this identity that distinguishes the church from governments, the entertainment industry, political parties, social movements, educational institutions, cultures, self-help programs and all earthly powers. And it’s to this uniquely identified church that Jesus has given the responsibility to go and make disciples of all nations. What my generation needs—a generation statistically defined by disillusionment, discontent, distrust and doubtfulness—is for the American church to stop envying the world and start being the church. Make no mistake, to say “I believe in the one holy catholic and apostolic church,” is to say “I believe in the relevance of the church.”