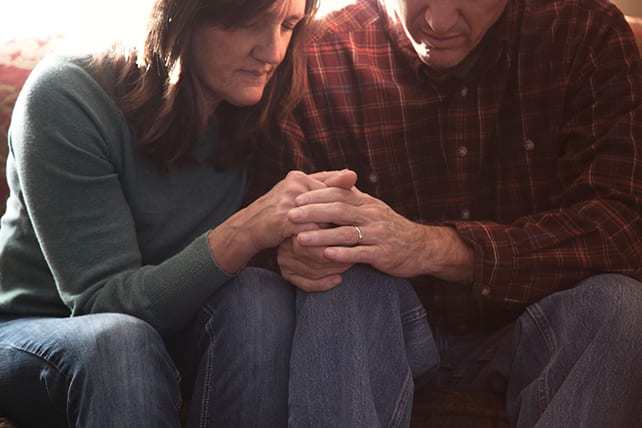 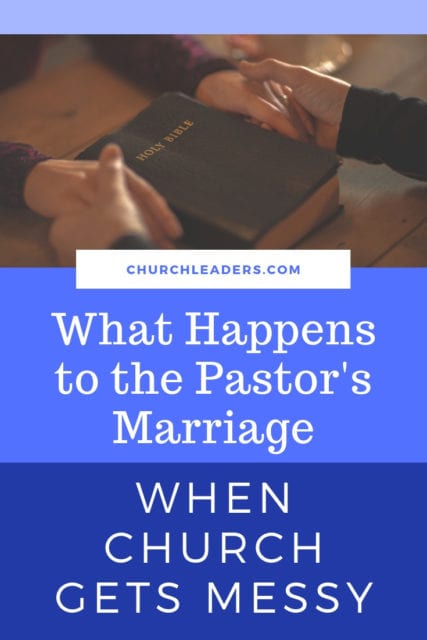 When I was pregnant with my first child, my husband and I packed up our belongings, quit our jobs and moved across the country to go to seminary. We felt the call of God on our lives and wanted to serve Him in ministry, whether here or overseas. Our hearts were eager with the prospect of seeing God at work.

After a year, we were lucky to find an assignment for my husband, Tracy, as a youth pastor. Things started easily enough. The youth were friendly and teachable and we instantly bonded. However, things did not stay like this. Issues that existed in the church before we came pulled my husband into a church dispute that soon became overwhelming.

Within a few short months, we knew it was time to resign, trusting God to work out the financial details. My husband preached on our last day, with a boldness that both frightened and amazed me. He was loving, but he was honest. There was a huge reaction to his message, some even begging him to stay, but he stated over and over he had no desire to bring division to the church. Though Tracy felt released by God and blame did not rest on his shoulders, he felt guilty about the turmoil.

After we left, my husband became despondent, and I felt helpless in easing his pain. I, however, did not feel the same level of burden. We had done all we could do to restore and reconcile the congregation, and it was in God’s hands. Unlike Tracy, who was a pastor’s kid, I had not grown up in the church nor did I feel especially called to serving the church the way he did.

When we were engaged, Tracy told me about an intense dream he had one night. In his dream, he heard a man crying. He looked for the man to see if he could help. When he touched the weeping man, he turned and faced Tracy. He knew immediately that this was Jesus.

“I’ve lost my wife! Please bring my wife back to me!”

My husband woke up knowing this dream was different. It felt like a calling, similar to the one Peter received on the beach that morning so long ago. Tracy knew his job was to bring Christ’s bride back to Him. The experience at the first church made him feel like a failure, and I did not know how to help.

Though we have now been in ministry over 16 years, that first experience left a hurt that we’ve never been able to shake. Much of what my husband struggles with is strange to me—carrying a burden for every supposed failure.  He doesn’t want to talk to me about the messy and imperfect aspects of our church family—afraid he will transfer the same weight onto me that is on him.

For us, ministry has become about protection. My husband has tried hard to shield me from the underbelly of church issues. I have not been at any of the meetings over the years—meetings where there was screaming, where members demanded my husband resign, and meetings where they maligned his character. He sat in every one of these silent, allowing God to vindicate him. But I was not there.

Instead of protected, I often feel shut out of the biggest part of his life. In response, I find myself wanting to protect him from the church—from the constant requests, from the grieving deathbeds, from the bickering and complaining. We do a dance, a game of tug of war, each trying to pull each other out of the way of the harmful influences of church at its worst.

Ministry life is foremost about reconciliation. It’s about bringing together those who are far away from God. Paul says in 2 Corinthians, “All this is from God, who through Christ reconciled us to himself and gave us the ministry of reconciliation; that is, in Christ God was reconciling the world to himself, not counting their trespasses against them, and entrusting to us the message of reconciliation” (18-19 ESV). Christ has done the hard work of creating the bridge by which we come back together. We must do the work of crossing it.

This ministry starts with my own daily reconciliation with God. I must lay down my will at his altar every day, knowing my greatest battle to be in control of my life is always within me. It is this daily reminder of my propensity to selfishness and sin that keeps me humble. I am no better or stronger than anyone else. You cannot be involved in the ministry of reconciliation from a position of superiority. It is impossible.