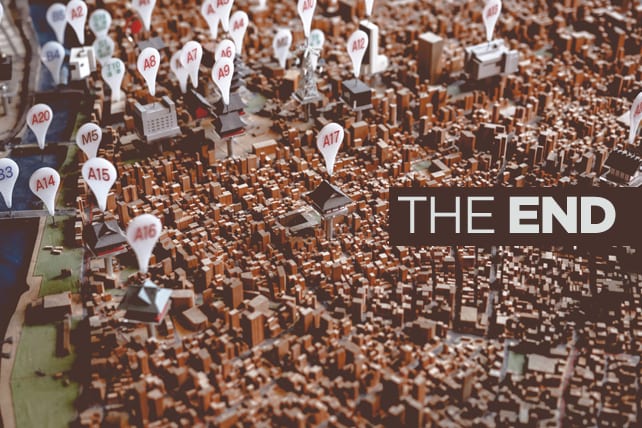 Mecklenburg Community Church is closing all of its satellite campuses and ending the multi-site approach to growth we have embraced for nearly a decade. The sites are not being spun off into independent churches, but simply being consolidated back into our original campus through the planned expansion of weekend services and future building efforts.

The multi-site model is not complicated to understand. The goal, at least for us, was never to simply make it more convenient for current Meckers to attend. The goal was to break down geographic barriers that might inhibit extending an invitation to an unchurched person. And I am sure that the multi-site approach can and still does work for many churches.

But we’re now going to chart a different course.

It is not because our sites were failing; they weren’t. Most were growing.

It is not because the church as a whole is in decline. In fact, Meck continues to grow robustly and is now in one of its most accelerated seasons of numerical growth. We recently experienced the largest-attended slate of Christmas services in our history, the largest Easter weekend attendance in our history, and saw more than 400 people baptized in the last year.

So why are we ending our multi-site approach?

It is because we practice what we preach when it comes to strategic church leadership. Namely, that methods must be ruthlessly evaluated in light of missional effectiveness. This not only means asking if they are still “working,” but how well they are working. And perhaps most importantly, how their degree of effectiveness compares to the potential effectiveness of other possible investments. If a method is found wanting, or there is a better method to pursue, then no matter what that method is, no matter what the outside optics might be, no matter how much time and money and effort has been invested to that point, there can be no sacred cows.

We have decided that it is time for the multi-site approach, for us, to end and to have those resources and efforts be more strategically invested. And in so doing, we honor the hard work and prayers of those who helped launch our sites and worked tirelessly to serve their effort—those people are heroes. What they have done over the last several years mattered and was, to our thinking, the most strategic investment we (they) could have made. Marriages have been restored, families strengthened and eternities altered.

But it’s time to move to a different approach.

It’s Dated
This will sound odd to many, as all things “multi-site” seems to be one of the newer approaches to church growth. But it’s not, at least in the fast-paced nature of our modern world. The multi-site approach came on to the scene in the late ’90s and early 2000s. The earliest books outlining the approach were written in 2005 and released in 2006 (e.g., The Multi-Site Revolution by Geoff Surratt, Greg Ligon and Warren Bird). A two-decade-old approach is not exactly cutting edge.

But more to the point is that the entire multi-site way of thinking predated the greatest shift our culture may have ever experienced to date—namely, the Internet in our pocket. Lest we forget, the first iPhone wasn’t released until 2007. That very same year Facebook left the campus and entered the wider world, Twitter was spun off, Google bought YouTube and launched Android, Amazon released the Kindle, and the Internet crossed one billion users worldwide—the tipping point to it becoming the fabric of our world. No wonder New York Times columnist Thomas Friedman once wrote, “What the h*** happened in 2007?” And all of this after—after, mind you—the multi-site approach was conceived and began to spread.

Which brings us to the next point.