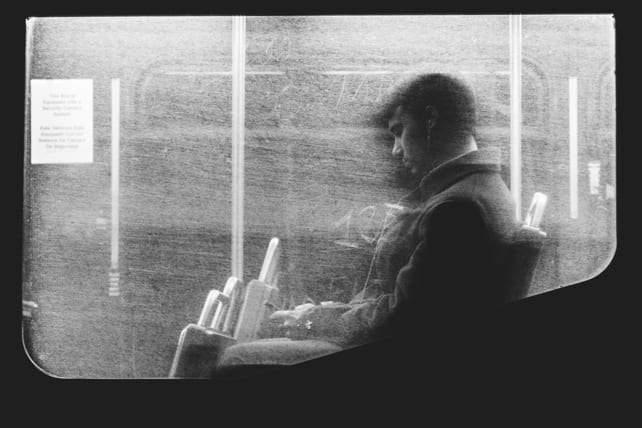 When I was studying to go into ministry, one of the professors told us aspiring pastors that we should never expect to have close friends in the churches that we lead. It is always best, the professor said, to seek out friendships with people who are not part of our churches. This seemed like a recipe to be lonely and discouraged.

At the time, I found this professor’s advice not only strange but also offensive. How in the world am I supposed to shepherd a church to live in community with one another while not myself living in community with them? Furthermore, what are we to make of how the apostle Paul got so close to the members of the church at Ephesus that there was uncontrollable weeping by everybody, including Paul, when it came time for him to move on to another city to plant another church? What are we to make of how the members of that church sent their pastor off with warm embraces and kisses (Acts 20:13–37)?

And what are we to make of how Jesus, himself the Pastor par excellence, spent virtually every day living alongside, eating with, serving, and self-disclosing with his tribe of twelve disciples plus women like Mary and Martha and Mary Magdalene and, even more deeply, with his inner ring of three friends, Peter, James, and John?

Friends Are the Antidote to Being Lonely and Discouraged

Having now served over two decades in pastoral ministry, I still resist the professor’s advice that pastors should seek their primary community outside of their own churches. I remain committed to this and can safely say that my closest friends are from the church I serve as pastor, and they always have been in previous churches we have served.

Yet from a practical and experiential standpoint, I understand why the professor would advise us in this way. I have known the pain of broken friendships in the church. Stick around for any length of time and you likely will too, if you haven’t already.

But Patti and I remain inclined to pursue our deepest friendships from inside our church community, if for no other reason that what C. S. Lewis said in The Four Loves, a book he wrote as his wife, Joy, was dying from cancer:

“To love at all is to be vulnerable. Love anything and your heart will be wrung and possibly broken. If you want to make sure of keeping it intact you must give it to no one, not even an animal. Wrap it carefully round with hobbies and little luxuries; avoid all entanglements. Lock it up safe in the casket or coffin of your selfishness. But in that casket, safe, dark, motionless, airless, it will change. It will not be broken; it will become unbreakable, impenetrable, irredeemable. To love is to be vulnerable.”

For pastors, anticlimax can take many forms.

In spite of our best efforts and most faithful prayers and shepherding and preaching, the church down the street still attracts some of our members. In spite of the comprehensive, compassionate, and costly care given to a hurting church member, he says that he feels uncared for by the church and then leaves in a huff. In spite of counseling a couple for two years in hopes that their struggling marriage will heal, they get a divorce.

In spite of putting hours of study and preparation into preaching, three emails arrive on Monday telling you how disappointing, offensive, or theologically imprecise your sermon was. In spite of putting in your best effort to craft worship services that artfully draw people into the presence of God, the varied criticisms still come: the liturgy is too formal and too informal; the music is too upbeat and too mellow; the song selection is too contemporary and too traditional; the people are not welcoming enough and too invasive; your church is too big and too small.

In spite of spending countless hours of prayer that God would bring revival and renewal to your church, the church remains stunted in its growth, mundane in its ministry, lukewarm in its love, invisible in its impact, and held back by the demands and drama of its most narcissistic and divisive members.

Or so it seems.

This sort of anticlimax in ministry can be so hard on the heart. What can we do with it, apart from choosing to live in self-protective isolation?

In my own moments of pastoral discouragement and isolation, I have disciplined myself to remember that Jesus Christ—who was not an imperfect leader like me, but a perfect one—faithfully and prayerfully poured everything that he had into his twelve disciples for a solid three years. And what was his return on his investment? Judas betrayed him for a handful of coins, Peter denied him three times, his three closest friends fell asleep when he asked them for prayer, and at the moment when he needed them most, they all abandoned him and left him to die alone. How must Jesus, the Author and Perfecter of our faith, have felt each time that he referred to his closest friends as “you who are of little faith”?

As if this weren’t enough to discourage, with more than 500 eyewitnesses to his resurrection (1 Corinthians 15:6), Jesus had only 120 followers after he rose from the dead (Acts 1:15).

If the King of all Kings, the Governor of all Governors, the Boss of all Bosses, and the Leader of all Leaders—who did everything in perfection and was so “successful” in his mission that he even conquered death—would undergo anticlimax, then we should certainly expect the same for ourselves.

Finding purpose and satisfaction and hope in work that appears anticlimactic can seem impossible. In a sense, we are all like Sisyphus, the Greek mythological character, aren’t we? Because of his selfish ambition and deceitfulness, Sisyphus was condemned to eternal punishment. His sentence consisted of rolling a large rock to the top of a hill. Each time he got close to the top, the rock would slip out of his grasp and roll back down to the bottom. For the rest of eternity, he would be doomed to repeat this frustrating task.

Are you a leader whose dreams have been spoiled or even shattered? Have you tasted anticlimax, and considered just walking away from it all because you can’t see what good your work is doing?

In those moments when you are tempted to stop pressing on and to give up on ministry and on people, I encourage you to remember not only the past but also the future, where the significance of your life’s work, which may seem so small, will be revealed as an essential part of what God is doing to bring about the healing of the nations (Revelation 22:2).

Although it is sometimes hard to believe that your work, done for God’s glory, has enduring significance, it absolutely does.

As a wise and divinely inspired soul once wrote to his wearied companions and fellow workers in the gospel, “Let us not grow weary of doing good, for in due season we will reap, if we do not give up” (Galatians 6:9).

What you are doing matters. There is much more than meets the eye. Don’t ever forget that.

This is an adapted excerpt from From Weakness to Strength: 8 Vulnerabilities That Can Bring Out the Best in Your Leadership by Scott Sauls. Used by permission from David C. Cook.

This article about when pastors get lonely and discouraged originally appeared here.