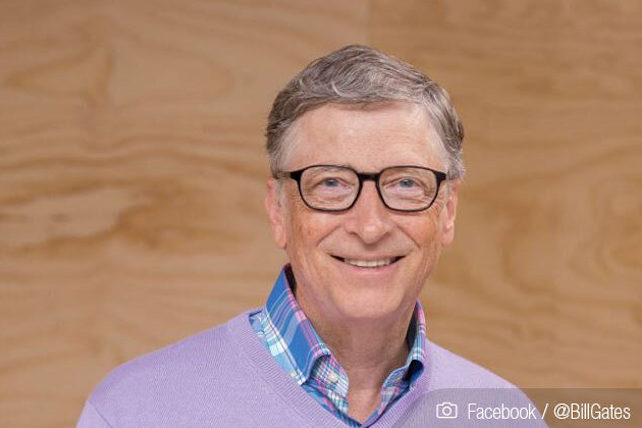 The internet is abuzz with end-time and anti-Christ theories related to Covid-19. Perhaps you’ve heard some of these claims:

That Bill Gates is the anti-Christ ushering in the One World Order.

That Dr. Anthony Fauci is a conspirator with Bill Gates and “Big Pharma.”

That COVID-19 is one of the great plagues prophesied in the Bible.

That a House resolution with the number 6666 is a sure sign of the end times.

That any vaccine that emerges during this pandemic is part of the conspiracy to lead people to bow down to the beast described in the book of Revelation.

Perhaps there is a sense of doomsday in many people today–regardless of whether they’re Christian or not. According to YouGov, an international research data and analytics group headquartered in London, “Nearly three in 10 (29 percent) US adults think it’s likely that there will be an apocalyptic disaster in their lifetime. And 17 percent of Americans say that they have an apocalypse survival plan for their family.”

Further, “in a YouGov survey conducted in late February, at a time when several dozen cases of COVID-19 had been confirmed in the US, nearly one in five (19 percent) Americans said they believed a global pandemic was the most likely cause of the apocalypse.”

The Return of Christ Is Central to Christian Teachings

Christians are definitely prone to doomsday theories because a central teaching in the Bible is that Jesus Christ will someday return to Earth in a doomsday setting. Christians are encouraged to be ready for these events. Jesus Himself said, “Therefore you also must be ready, for the Son of Man is coming at an hour you do not expect” (Matthew 24:44).

Jesus told His disciples “For the Son of Man is going to come with his angels in the glory of his Father, and then he will repay each person according to what he has done.” Faithful Christians are to be “waiting for our blessed hope, the appearing of the glory of our great God and Savior Jesus Christ” (Titus 2:13).

Waiting implies an ethical application–to be the kind of people whose lives reflect God. However, it is tempting when it comes to end times for armchair eschatologists to “interpret” biblical prophecy as it applies to that current generation. Take for example the description of the beast in Revelation.

Revelation 13:1-18 describes the anti-Christ: “And I saw a beast rising out of the sea, with ten horns and seven heads, with ten diadems on its horns and blasphemous names on its heads. And the beast that I saw was like a leopard; its feet were like a bear’s, and its mouth was like a lion’s mouth. And to it the dragon gave his power and his throne and great authority. One of its heads seemed to have a mortal wound, but its mortal wound was healed, and the whole earth marveled as they followed the beast. And they worshiped the dragon, for he had given his authority to the beast, and they worshiped the beast, saying, ‘Who is like the beast, and who can fight against it?’ And the beast was given a mouth uttering haughty and blasphemous words, and it was allowed to exercise authority for forty-two months.”

In every generation, people have searched the Scriptures and the news of the day to try to make connections and to discern who fits this description. According to Rose Publishing/Aspire Press, these people are among 14 who have been adamantly identified as being the anti-Christ: Emperors Nero and Constantius, Popes Leo XX and John Paul II, John F. Kennedy, Adolph Hitler, Ronald Reagan, Barney, Barack Obama, Bill Gates III, and even the Internet.

A Warning From a Noted Pastor-Theologian

In his article “Every Generation Thinks It Might Be the Last,” Todd Wilson, senior pastor of Calvary Memorial Church in Oak Park, Illinois, and chairman of The Center for Pastor-Theologians, has a warning for this generation of Christians. Wilson says that in the 1970’s and 80’s, the top nonfiction book was Hal Lindsey’s apocalyptic The Late Great Planet Earth. In the 1990’s, it was Tim LaHaye’s best selling Left Behind series that trained that generation of Christians to hold to end-time theories.

“In those days, people seemed to be constantly interpreting the Bible through the newspaper and vice versa,” writes Wilson. “In the 1930’s many Christians were convinced that Hitler was the beast of Revelation. When I was a kid the Soviet Union was the key player in the devil’s plans. And then when Gorbachev came along with that birthmark on his forehead we knew! He was the anti-Christ.”

“The fact is, every generation of Christians sees the rise of voices who claim to know that they are the terminal generation; the generation of Christians which will see the return of Christ,” Wilson continues. “We saw a spike in this at the turn of the millennium. People sold their businesses, left their homes and retreated to churches and hillsides or other secluded locations convinced that there would be a Y2K disaster ushering in the last days. No doubt there will be others come along who whip undiscerning Christians into a fury of misguided expectations.”

Who Has the Answer for the Intersection Between Scripture and the Events of Our Days?

“Jesus therefore warns against those deceivers and false prophets who come along and say that they have discerned when the end will come,” warns Wilson. “We simply do not know, nor do we have any way to know when Jesus will return and usher in the age to come. However, we are to keep watch. We are to be prepared for Jesus to return.”

These modern day “prophets” should take heed from Jesus’ parable of the Ten Virgins where He says, “But concerning that day and hour no one knows, not even the angels of heaven, nor the Son, but the Father only” (Matthew 24:36).