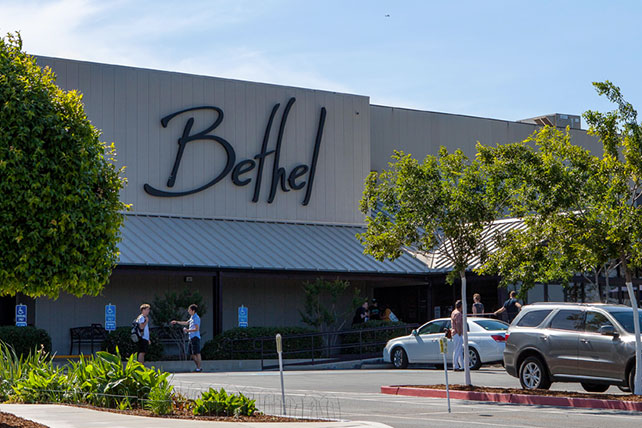 About a year ago, I sent Bethel an email asking them to clarify a lot of the things that are being said about them (my initial article on using controversial music is below). They finally began that process. We don’t endorse this church – we are simply sharing what they are releasing to help clarify what they believe. Here is a page about the project, and episode 1 (full length) was posted here today. Each day a short-form clip of one of the specific topics will be published. By the 2nd week of July, all of the content for this video series will be published.

BUT WHAT ABOUT THE MUSIC?

The question goes something like this: “Is it possible to not endorse or agree with (such-and-such church) but still listen to their worship in a corporate setting?” First, I want to be clear that my position has never been “I don’t care what the roots are; I’m playing their music.” I myself am in the process of evaluating. You can actually watch my interview with Kim Walker Smith here. The answer to the first question is very eye-opening.

In 2020, I preached a sermon series on revival. Bryan and Katie Torwalt led worship during one of the messages and Kim Walker Smith during another one. To view the controversial services that sparked this article, click here and here. Then let us know your thoughts. Were the services God-honoring? Were the lyrics theologically sound? Were the messages biblically accurate? Could there be abundant fruit?

Just for reference sake, I use the MacArthur Study Bible, read the Puritans, and love any preaching from Lloyd-Jones, Spurgeon, and the like. I’m not endorsing and promoting Bethel. I have concerns too. I understand that playing a church’s music (in a sense) is viewed as promoting them. I get that, but there is a huge difference between direct promotion and indirect promotion because we have to legally acknowledge the source of the songs for licensing reasons.

WITH THAT SAID, I’VE PUT FORTH A FEW QUESTIONS AND ANSWERS THAT MAY OFFER CLARITY:

1. How inconsistent should a group be before we completely discontinue their worship? Should we also eliminate songs from Elevation Worship, Hillsong, and a few others because we disagree with some of what their pastors teach? Yes and no. It all depends on the severity of their error. Some people draw the line in the sand much quicker in regard to removing their music, while others are not there yet. This is what is happening here—many are not prepared to draw that line yet. And a lot depends on the spiritual character of the worship leader. For example, what Sean Feucht and Kim Walker Smith tweet is much different than what I’ve seen Joel Houston (Hillsong) tweet. I know both Sean and Kim, and both are solid.

2. Have I done my due diligence in investigating these bands? The problem is that there are many conflicting reports. I know people who attend Bethel, and they say the complete opposite of those who condemn it. For example, Bethel’s leadership condemns grave-sucking here, but people still say that they teach it. Yes, I have seen the picture of lead pastor Bill Johnson’s wife near a grave, but pictures don’t always tell the whole story. You wouldn’t believe the amount of heresy hunters I heard from when I released this picture.