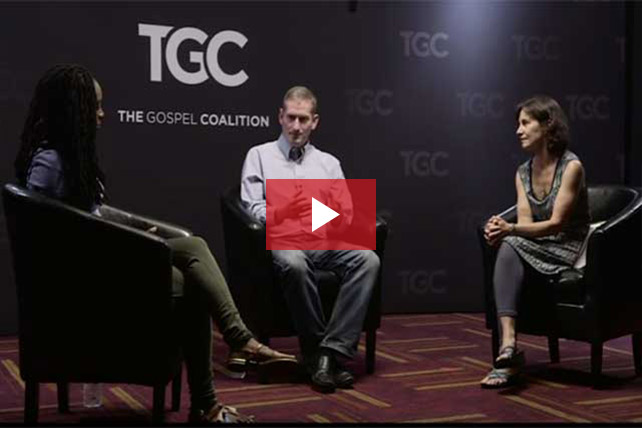 It should be no surprise that complementarianism, the Christian belief of headship and submission in marriage, can be perceived by the culture at large as antiquated and offensive. Especially as the tide of culture desires to diminish and wash away sociological, psychological, and even physical distinctions between male and female.  Is there a way to effectively communicate the beauty of complementarianism toward people who are initially put off by it?

In a recent video published by The Gospel Coalition, Jackie Perry, Sam Alberry, and Rosaria Butterfield discuss this very issue.  What is important about this discussion is that the people involved have come from backgrounds of feminism (Perry and Butterfield) and same-sex attraction (all three).  What follows are their individual contributions to this important discussion.

The way to see the beauty of complementarianism is to see Chris (Jackie’s husband) in complementarianism.  Being complementarian does not mean that women are to see themselves as weak-willed and brittle people, but rather to see how Christ, though infinitely powerful, submitted Himself to the Father during His earthly ministry. If Christ displayed submission, then who are we to think that we are above Christ?  We also must be aware that social media is a powerful and yet weak interpreter of what submission and headship are like. Therefore, we must let Scripture be our final authority on what is true.

As with all seemingly controversial discussions, assumptions can be made in regards to valuing the headship (male) and submissive (female) roles in marriage. For instance, complementarianism does not require wives to forsake vocational goals nor is it the usual suspect in creating a culture of abuse. It is also important to acknowledge that when we read the book of Genesis, we can see that the male and female roles are present before and after the fall, thereby ratifying their ongoing presence within marriage to this day. Furthermore, wives are stronger in submission than they would ever be in kicking against the law of God. What is true should determine what is beautiful and ethical.

If complementarity is taken out of the gospels, then the gospel becomes ugly because an essential point of submission is to be a blessing to others. Each gender has its own distinct glory that the other gender does not have and complementarianism displays the beauty of those distinctions (and commonalities) in a marital relationship.