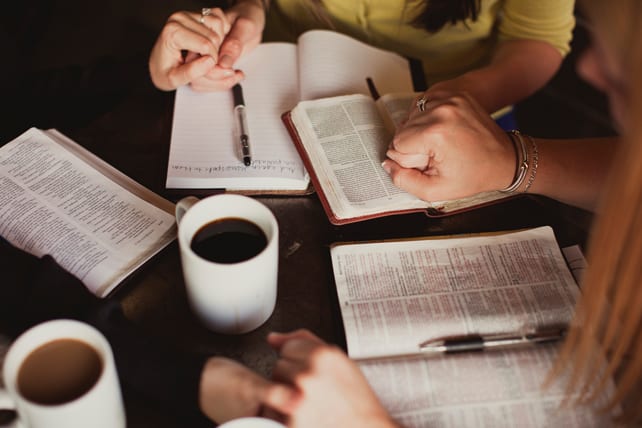 OK, today I want to talk about having a purpose for your small group. Your small group can be about a lot of things and if we’re not careful, they can just become social clubs and not have a purpose that’s different from any other group that people can be a part of. So what are those distinctions that set your group apart from anything else that people can join in the world? I think we can find three specific distinctives when we look at the early church and the small group that they formed in Acts. So if you look at Acts 2:42 through 47, we can see three purposes jump out at us. It says they devoted themselves to the apostles teaching, to the fellowship, to the breaking of bread and to prayer. Everyone was filled with awe and many wonders and signs were being performed to the apostles.

Now all the believers were together and held all things in common. They sold their possessions and property, distributed the proceeds to all as any had need. Every day they devoted themselves to meeting together in the temple and broke bread from house to house. They ate their food with joyful and sincere hearts, praising God and enjoying the favor of all the people. Every day the Lord added to their number, those who were being saved. And so as we look at this passage, I think we can see three distinctives that they had that all our groups should have. And so the first one that our group should be about is creating disciples. They were creating disciples. It was about discipleship. If you look, they were devoted to the teaching of the apostles. So how is your group creating disciples? Are you doing a study that’s kind of setting up those conversations that’s leading to discipleship? Second, they were living in community. It says that they went from house to house, that they broke bread together. They did life together. So how is your group doing that? How are they in community? Are you just about the study or are you actually doing life together? Breaking bread, having fun. And then third, they were on mission.

It says that they sold their possessions and they distributed to anyone who had need. How is your group on mission? Are you making a difference in the culture that you are in? Are you making a difference in the community, in the neighborhood? Are you reaching out beyond the four walls that you have your meetings? So look at those three things. Are you creating disciples? Are you in community? And finally, are you on mission? Does your group have a purpose?