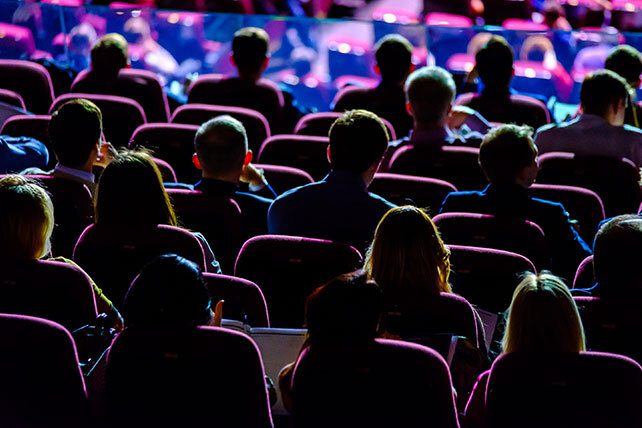 The lack of evangelism conferences today is symptomatic of a problem.

For many, we have just moved on—maybe we have become too sophisticated for telling people about Jesus.

Or maybe it is the reputation of the church.

Or maybe it is just us.

But it’s obvious that such conferences don’t have the allure they once did. Evangelism has fallen on hard times these days—and conferences have as well. Yes, some denominations still have them, but they seem to be shrinking in attendance and enthusiasm among many who do have them.

That doesn’t mean there are no longer large gatherings of believers or leaders coming together. There are a number of events that fill arenas, including some church planting or leadership events. And we still see arenas packed out with worship bands leading nights of worship.

I’m not writing to criticize these; nor do I think that more evangelism conferences are always the answer, but the lack of many is a symptom of a larger problem. I’m all for worship gatherings and I speak at church planting and leadership events, so I of course believe in these. But I do have a concern about the lack of focus today on evangelism, and one of the symptoms of this problem is the decline in evangelism conferences.

And, I wanted to share an updated version of an article I wrote on my blog almost a decade ago, but I think we have some work to do to get people talking about evangelism again.

Over the years, evangelism was generally defined by its tools. We pretty much equated evangelistic work with a method. For example, the best-known might be Evangelism Explosion and its famous question, “If you were to die today, do you know if you’d go to heaven or hell?”

Or, the Roman Road.

More recently some share the whole gospel Story, and some use the 3 Circles.

Most people I know are more likely to roll their eyes at the tools than use them. But, they don’t have an evangelistic alternative—all they have is an evangelistic angst. And angst does not help. The tools may seem outdated, unhelpful, or cheesy to you, but the Roman Road is probably more effective than rolling your eyes.

A recent Lifeway Research study conducted in April 2022 on behalf of Evangelism Explosion discovered about half of believers surveyed ages 18-49 weren’t familiar with any method to share Christ, while over 80% of those over age 50 weren’t familiar with any tool. Maybe 40 years ago we focused too much on this or that tool. Today, most Christians don’t have any tool. Would you rather prepare a garden with a shovel, hoe, and a rake than with no tool at all? I don’t think so. And, before you make assumptions, be sure to take a look at what Evangelism Explosion has done recently to increase the options for learning to share Christ.

As we are awash in tools, we are actually in the midst of the largest faith-based media campaign in history. The “He Gets Us” campaign, of which I am a part, is all over television, billboards, and more. It’s sparking conversations about Jesus at the office water cooler, in homes, and more.