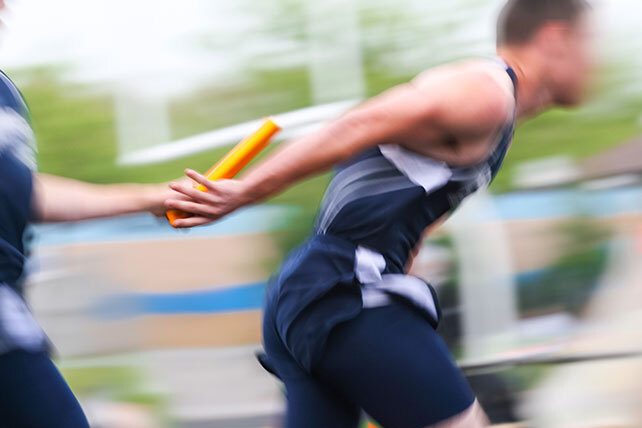 I am sometimes in meetings where questions about the future of the evangelical movement are raised. Years ago, in one such meeting, the person I was with shared a great challenge—one of the most prominent leaders of their movement was not finishing well, making it hard for the movement to envision a successful future.

That conversation soon turned to why this happened—and why so often it does. Within a few minutes, we had identified similar patterns with other leaders. They were all older leaders, immensely respected, yet were finishing poorly. In too many cases, these leaders were also undercutting those who would likely become their successors.

My guess is that you would not be surprised with some of the names, and you could probably quickly identify others in your own movement who have done the same, but that is not really the point. It happens all the time in churches, ministries, and movements. It’s more complicated than just watching someone stay too long in their given position. I was just struck by how often this occurred. It is a real and problematic pattern.

After that meeting, I continued to ponder the situation. Why do some leaders end so well, while others go out not in a blaze of glory, but in a blaze of gory? They finish poorly and leave a mess in their wake. In some cases, they even undo some of the tremendous progress God used them to create in the years prior.

They have all been key leaders—and some still are—though many of those who have followed in their stead are ready for the former leaders to move on. That grieves me, for them and for their movements.

I think there are common factors shared by those who don’t end well. Here are my five observations:

1. A Lack of Trust in the Very People They Developed to Succeed Them.

In all the cases (there were no exceptions in the leaders considered), they had obvious successors with whom they were disappointed. In some cases, the outgoing leader actively tried to get yet another successor to replace their original successor (without, it appears, considering they might also be disappointed in the replacement successor). Those who are not finishing well seem to always be dissatisfied with who succeeds them, almost as if they are looking for, but unable to find, a clone of themselves.

2. A Tendency to Fight Over Unimportant Things.

These leaders were not arguing over big things like the virgin birth or nature of the Godhead. Instead, they entangled themselves in perceived offenses, worship styles, minor theological nuances, and more. They majored on the minors and those who were the objects of that constant attention knew another “concern” was just around the corner.

3. An Identity More Connected to Their Specific Movement Than the Kingdom of God.

These “faltering-at-the-finish” leaders could not perceive a time when other leaders would be in place, or that they might do things differently. As a result, they continued to try and control everything until they marginalized themselves. Ironically, they now have less influence in movements that sees them as heroes.

4. A Tendency to Grow Angrier as They Grew Older.

In every case, their tone became louder, angrier, and more belligerent. Openly blurting complaints was common. The people who loved them opined of the many angry voicemails or emails they had received. In all the cases, the next generation of leaders would “take one for the team.” But, after a while, even the most well-conditioned team will get tired.

5. An Inability to Pass on What They Helped to Create.

Perhaps this was the clearest of all. All of these leaders were used of God to create great things, movements, ministries, and change. Over time, their focused shifted from creating to maintaining. In the end, they just couldn’t trust the movement’s members—even the ones they had personally trained—to continue what they started.

Yet, there is a better way.