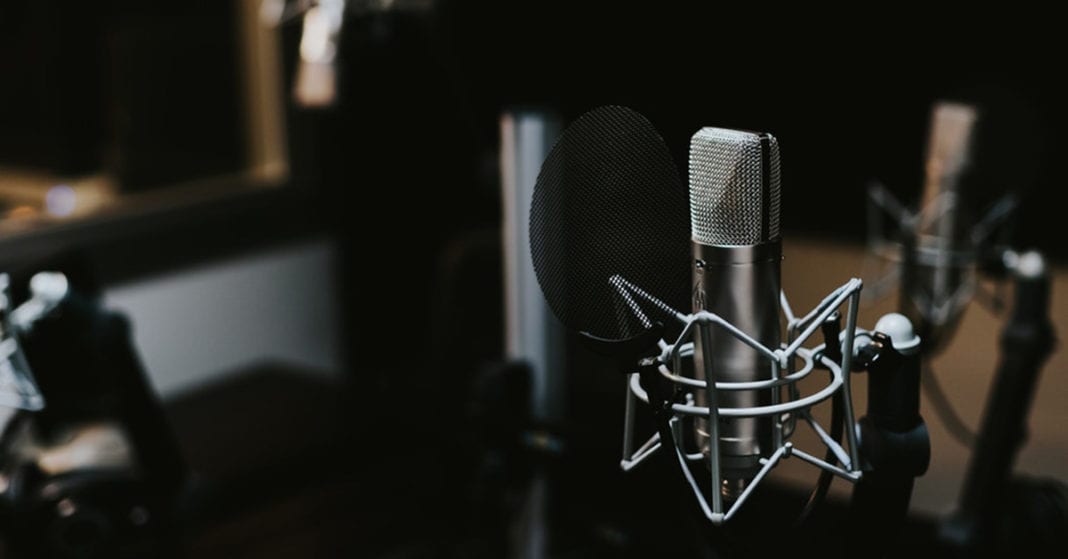 About 12 years ago I said “Why not?” to a Musicians Friend home recording starter kit. I had never even so much as sat behind the soundboard in our church, but I foolishly thought, “How hard could it be?” Three months and many sleepless nights later, our church’s youth band had an EP and I had unintentionally begun the best music education journey of my life. The EP wasn’t very good, but it became a learning tool. Here are three game-changing shifts that happened through getting our team into recording.

Listening to live recordings helps us embrace objectivity as a gateway to improvement.

Through the painful, unbiased honesty of playback, I discovered my weaknesses as a sound tech and a musician. I was going flat on every high note I sang. I was strumming the guitar like I was trying to chop down a tree. Once I got over the initial “that doesn’t sound like me at all!” syndrome, I decided that instead of delving deeper into the digital tools that could mask my inadequacies, I was going to do whatever it took to actually make these issues get better. It’s been a long journey; you don’t become a better player or singer overnight, but the truth of playback has been my greatest teacher in the process.

It helped the team to open up about how to improve.

Almost everywhere I’ve worked on a sound system or worship-team training, there are “elephant-in-the-room conversations” people have avoided, sometimes for years! They’ve avoided these conversations because they might sound like subjective criticism, but recording every service helps people listen to the realities of what the team sounds like. Listening to the playback opened up opportunities to have honest discussions:

• “Our sound guy mixes the vocals way too hot and the band way too low, but he owns the sound system.” (Unfortunately, I’ve encountered this more than once!)

• “Our guitar player always leaves his fuzz, flange and wah on for every song.”

• “Susie is rarely on pitch during high parts, but we don’t want to hurt her feelings.”

I could go on, but I’m sure you have your own stories. Within the next few years I’m sure Siri will help us have these awkward conversations, but until then what’s often needed most is a way to introduce objectivity into these situations. So many of the leaders I’ve met don’t want to end up in what would seem like a battle of personal preferences, so I recommend using the always-honest, never-biased recording.

I don’t want to oversell this; it’s not magic. However, something different, some kind of left brain/right brain thing that I’m not smart enough to understand, does happen when we’re listening rather than playing. After all, most of us can attend a live performance and agree on what’s good or not—where it gets muddled is when we’re the ones doing the playing.

In relaxed (usually one-on-one) contexts, I’ve been able to have breakthrough conversations with team members by listening to the recordings of our services. Usually, we would start with, “Let’s listen to this section that is really awesome. Do you hear how you and the other guitar player are really locked in—and how great that is?” Then, once we’ve highlighted a strength or two, we listen to a section that needs some work and offer some practical tips on how to grow. When bad tone is the issue, I’ve found that the 45 seconds of isolated tracks you can listen to for free on multitracks.com is a fantastic education for the ear about what sounds work well together in the modern worship context.

I don’t think I’ve ever had someone get upset at me for challenging them in this type of environment (I repeat: use this method one-on-one; group contexts are another story). It seems that most folks I’ve worked with really do have a desire to grow to be their best, but lack clarity about how to improve. And keep in mind that a great way to lighten the tension of sitting with someone listening to his or her mistakes is to point out some of your own. I’ve never had a hard time finding some.

The longer we practiced this discipline as a team, the more our conversations became collaborative. The electric guitar player and the sound person would listen back and discuss tones. The drummer and bass player would listen to the playback and discuss improvements to the rhythm section. When we introduced original songs, we had a way of documenting different ideas for an arrangement before we settled on the best one. As we moved into having multiple leaders at weekend services, I was able to steal great ideas from the other teams! The team began taking ownership of the things they were playing in a different way; it inspired new levels of creativity and renewed desires for excellence.

When you play back something that you were a part of and it’s awesome, that’s supposed to feel really good. I’m no great theologian, but I’m pretty sure it was God who gave us the ears and the inspiration, and who designed us to delight in this stuff. You put all this work in—you should enjoy it!

As much as the recording process will reveal that which is frustrating and highlight room for growth, it will capture moments that will remind you why you’re so darn passionate about ministry to begin with. The archive recordings become markers of what God was doing in your community over time. Some of my favorite worship records are ones we made with dear friends who are with Jesus now, and they are gold to me. I even love that (kind of) lame sounding EP I made with my friends in the youth group band!

This article can be found in the February 2017 edition of Ministry Tech Magazine.