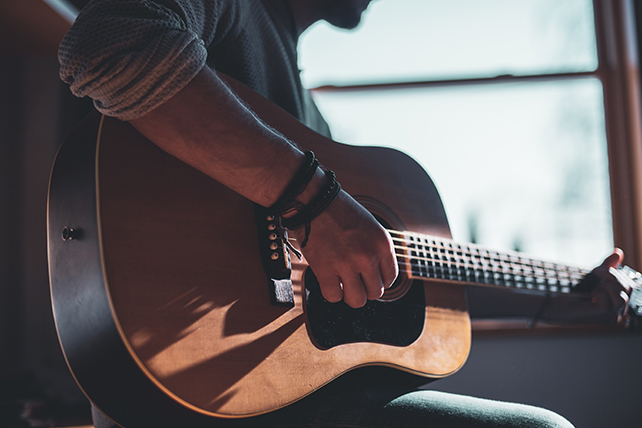 I have a tale of horror that will terrify all Christian songwriters! Songwriters, if you ever get to the point in your career when publishers are interested in your music: beware.

A few weeks ago, I received a royalty statement in the mail from Universal Music Group that brought back a lot of bad memories. It was for a song I co-wrote years ago, and somehow, it had made a total of three cents.

I co-wrote this worship song in the late ’90s when I lived in Nashville, and it generated a little buzz—a few publishers were interested in it.

It seemed like this was our “big break” as songwriters.

But, ever on the cautious side, I said to my co-writer, “Maybe he’ll agree to a deal—if he can’t get the song cut in two years, the publishing reverts back to us.” This is a fairly typical agreement in Nashville.

The guy refused. “I never sign a song unless I know I can get it cut.”

And of course, he never got it cut.

These types of shenanigans put a writer’s block on one’s psyche. Knowing you’ve written a song that is some sort of potential “hit,” then to have the song locked away and forgotten forever, does a number on your creative juices. I didn’t feel like writing for a year or two. Why bother?

Then in the early 2000s, an independent worship label headed up by a renowned and reputable arranger wanted to record the song. My co-writer pitched the song, not our publisher. (For those unfamiliar with the music biz, it’s the writer’s job to write songs, and the publisher’s job to get the songs recorded.)

The arranger knew the publisher guy and asked if he’d ever give us back the rights to the song. “No.” Oh well, he tried.

So here I have this royalty statement from Universal. Funny, because the publisher guy was affiliated with Sony, but song catalogs get bought and sold on a regular basis.

Finally, I reached the right person. “Hi! My name is Don Chapman, and I’m inquiring about a song of mine you have in your catalog!” I said in my cheeriest voice.

“I was just wondering if there would ever be a chance to have my publishing back on this song. You all have had it for years and have never done anything with it.”

Tongue in cheek, I pointed out to the woman that the postage for my royalty statement cost $1.05. I’m getting this statement twice a year, and they’re losing money since the song only earned me $.03.

She laughed and wished me a good day. What more can you do but laugh when the Christian music industry is imploding?

I talked to a songwriter when I was teaching recently at Liberty University, and a similar thing happened to him—one of his songs was signed to a well-known worship label and then promptly forgotten. It’s flattering for a young songwriter to have interest from a publisher, but that doesn’t necessarily mean you should sign away your song.

Just what should a Christian worship songwriter do in this day and age? That’s a subject for another article, but the short answer is: The Internet is your friend. Register with CCLI. Get those songs recorded and put them on your Web site, on iTunes and anywhere else you can find. Even if they don’t sell much, you’ll get the satisfaction that someone out there might be getting blessed by them, and you might even get some CCLI royalties.

What have you learned that could help songwriters?